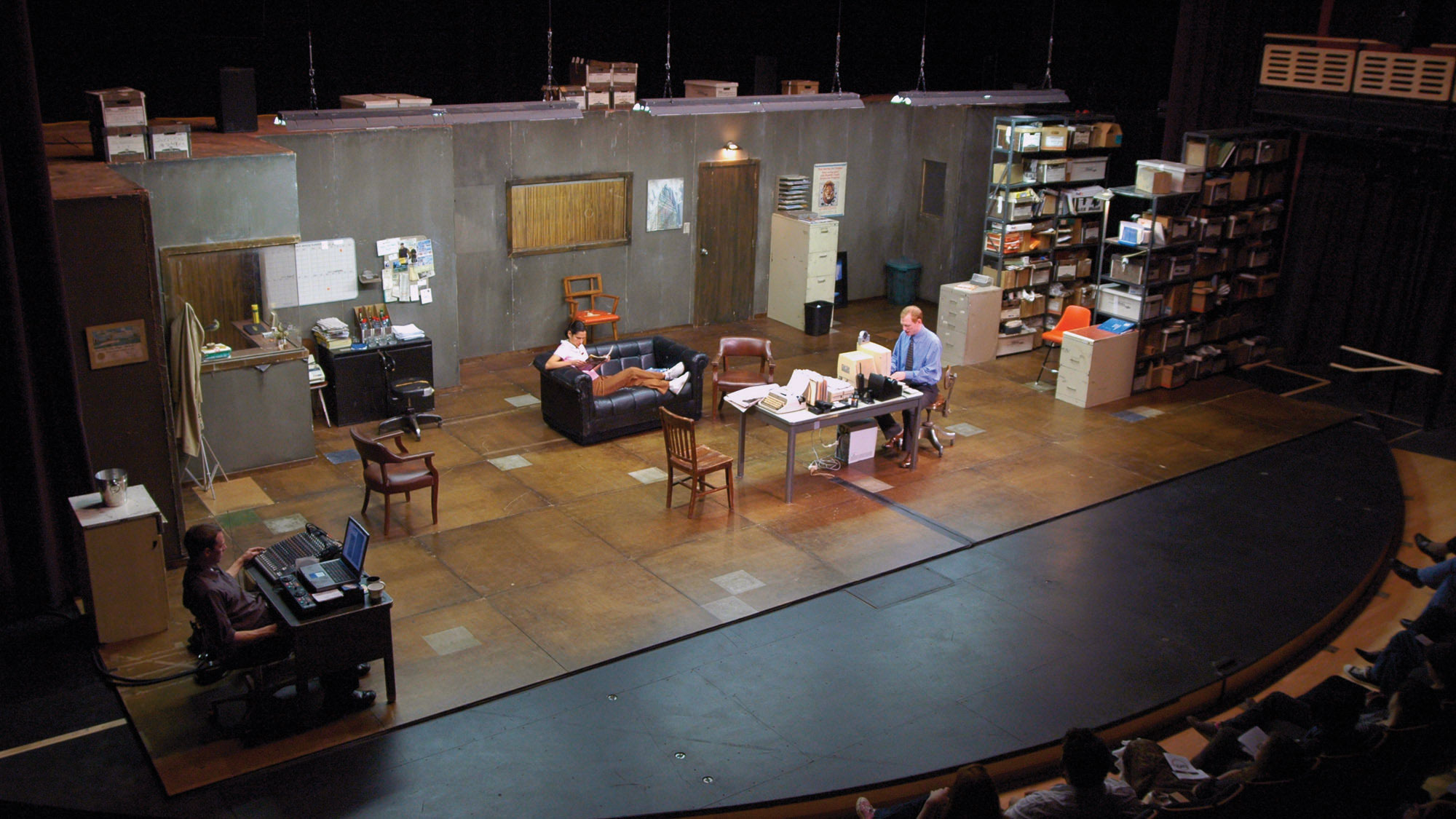 “Breathtakingly good theater…the multiple layers are played with unbelievable cleverness…Scott Shepherd as Nick is a masterful narrator who carries the hypnotic rhythm of this marathon performance with seeming ease…leaves the audience with that melancholy emptiness that comes with the end of something great.” — Het Parool, Amsterdam “Gatz creates its own dramatic universe. It illuminates a familiar text, breathing strange new life into it while honoring its inherent completeness. One is left not primarily with the expected exhaustion, but with a unique and lasting texture of amusement, insight and possibility.” — Variety

James Gatz— that was really, or at least legally, his name.

One morning in the low-rent office of a mysterious small business, one employee finds a ragged old copy of The Great Gatsby in the clutter of his desk and starts to read it out loud. And doesn’t stop. At first his coworkers hardly notice, but then weird coincidences start happening in the office, one after another, until it’s no longer clear where bewildering business operations end and the imaginary world of Gatsby’s Long Island begins… An audacious theatrical tour de force, Gatz is not your typical stage adaptation of a classic novel but a verbatim reading of the entire book. Performed to unanimous accolades at festivals in Europe and the US, voted “Best of 2007” by ArtForum, this marathon production by a remarkable cast of 13 runs six-and-a-half hours, and includes dinner in EMPAC’s Evelyn’s Café! Gatz is ERS’ most popular piece to date, and its most controversial. ERS is still awaiting permission from the Fitzgerald estate to perform Gatz in New York City, due to a previous claim from a more traditional show. Regardless, the show has won over audiences and critics in each of the cities in which it has appeared, and has propelled ERS to a new level of international visibility and acclaim.