The Cake of The 3 Towers

EMPAC commissioned Japanther to create and present The Cake of The 3 Towers. With performers perched on three “towers” made up of scaffolding and platforms—to represent a prison, museum, and housing project—the piece mixed music, video, and performance to draw parallels between the prison-industrial complex and the “art-industrial complex.” The Cake of The 3 Towers was a collaboration among Japanther, Schuyler Maehl, Florian Reither (as an Austrian super villain who attempts to destroy this dystopia), and Felice Faison.

Japanther is an art project established by Ian Vanek and Matt Reilly in Brooklyn, New York that creates interactive live shows in unconventional settings: out of the back of a moving truck, alongside giant dinosaurs, with synchronized swimmers, with oversized puppets, and with BMXers flying off the walls at the 2006 Whitney Biennial presentation of Don’t Trust Anyone Over Thirty, All Over Again in collaboration with Dan Graham and Tony Oursler.

Quote Unquote: Experiments in Time-Based Text was an interdisciplinary series presenting works by artists that use an existing text as a departure point for time-based works including installation, film, and performance. 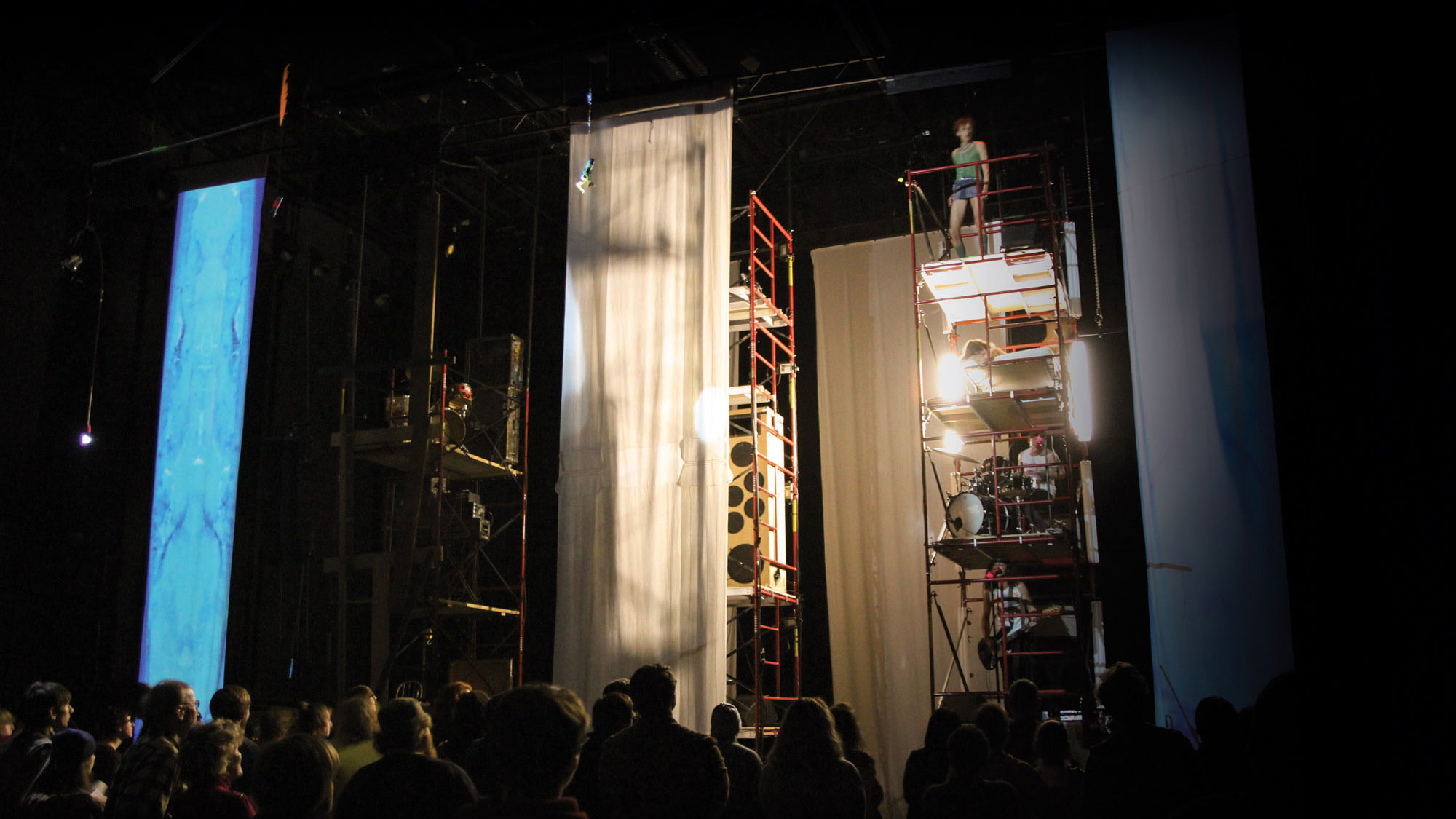 The Cake of The 3 Towers

The Cake of the 3 Towers by Japanther, book and DVD, commissioned, produced, and published by EMPAC