In the three weeks leading up to the onedotzero festival, AntiVJ worked in residence at EMPAC to create this performance and installation. En route to EMPAC, Joanie Lemercier (co-founder of AntiVJ) discovered that a volcano in Iceland that caused the cancellation of all flights. The volcano—Eyjafjallajökull—became the subject of AntiVJ’s new work, a painted wall mural augmented with projections to create the sensation of three-dimensional forms. Lemercier had been fascinated by geometry and minimalism for years; with this work he incorporated more organic shapes and visual elements that would connect geometric patterns with mountainous terrain, ocean waves, wind, snow, and rain. By projecting a “virtual layer” of light, color, and animation over the static painted scenery, he created an imagined landscape of futuristic mountains, where the audience’s perception of space is progressively challenged.

The AntiVJ visual label is a project initiated by a group of European visual artists whose work is focused on the use of projected light and its influence on our perception, presenting performances and installations that create wonderment and challenge the senses.

Commissioned by onedotzero and developed during the onedotzero residency at EMPAC 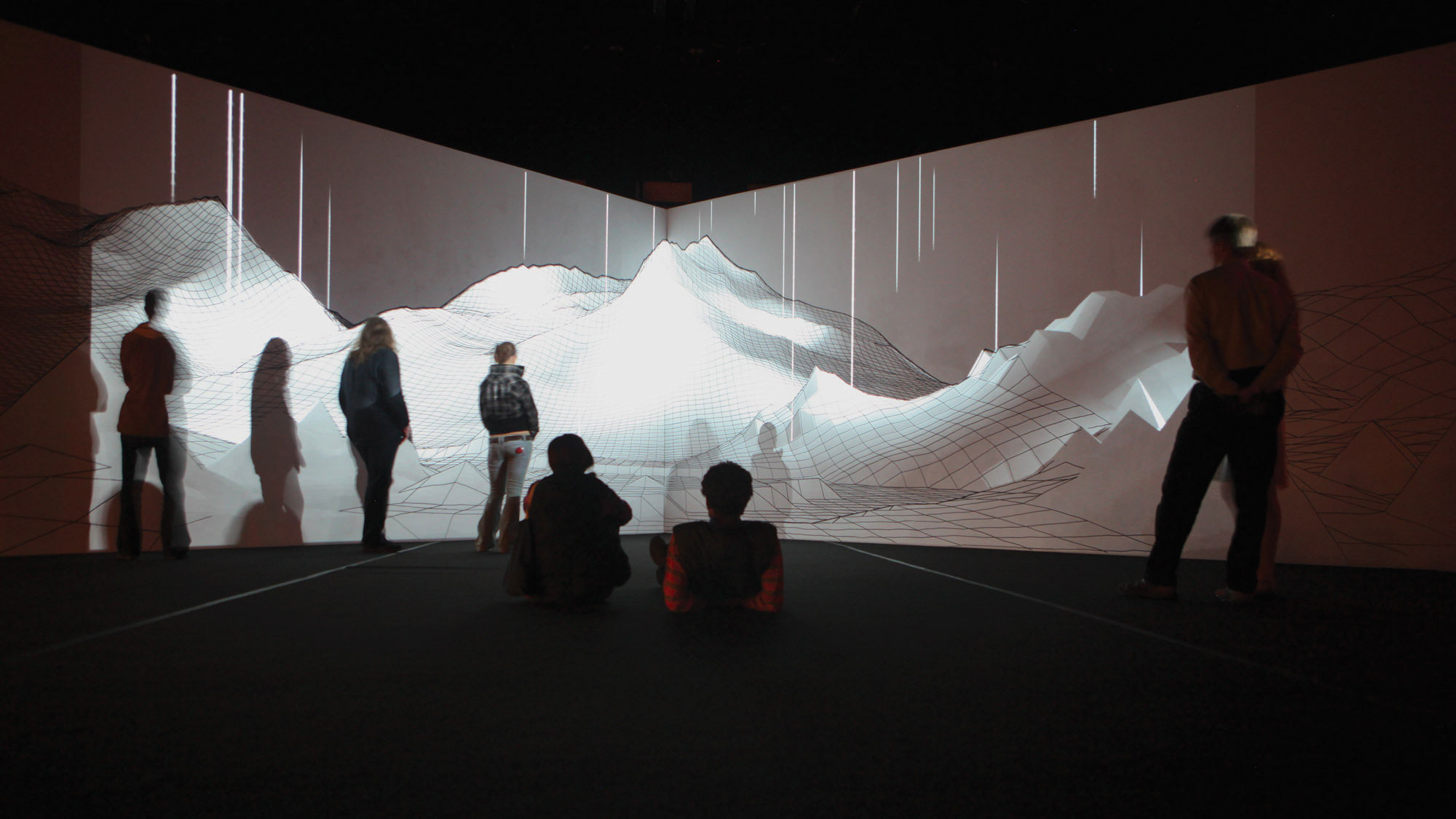