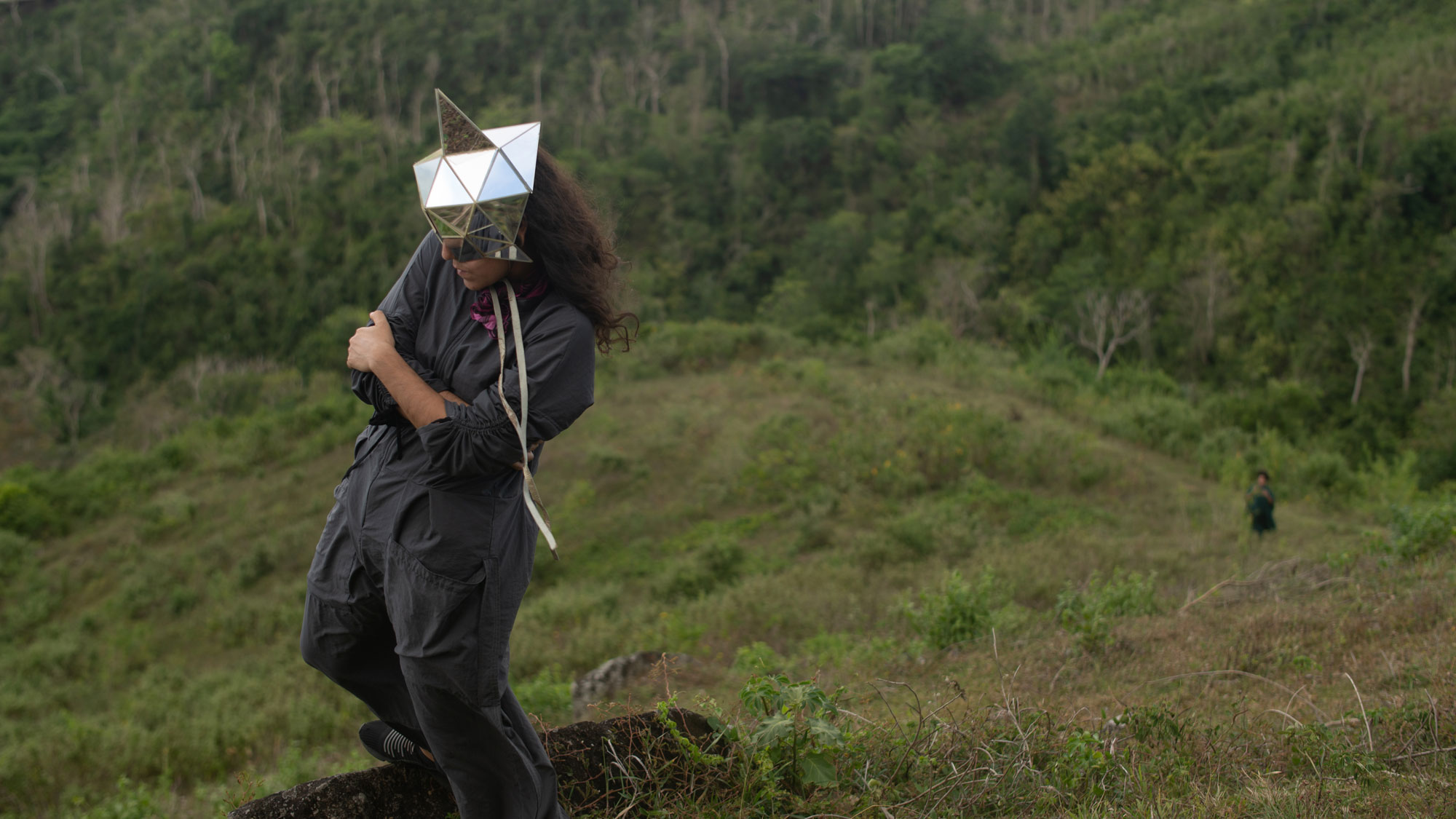 In Beatriz Santiago Muñoz’s EMPAC-commissioned feature-length film Oriana, a band of feminist militants takes refuge in a thriving Puerto Rican landscape. The film relocates Monique Wittig’s infamous novel Les Guérillères to the island in the wake of Hurricane Maria, where its protagonists work and cook, dance and rest, and prepare for battle amidst the abundant tropical vegetation.

Suffused with unexplainable encounters, Oriana unfolds across forests, caves, rivers, and the ruins of industry and colonial infrastructure abandoned and fallen into disrepair. Encompassing both delirious choreographic interludes and attention to quiet rituals, the film maps a world of perceptual distortions, obscure gestures, and collective processes, one where quotidian objects transform into arcane weapons and where ancestral spirits and the recently dead alike become phantasmatically present.

Performed by a cast of Santiago Muñoz’s collaborators who come from music, performance, art, and poetry, Oriana was filmed on location in Puerto Rico and at EMPAC, where the Center’s theater itself becomes a site of temporary shelter and respite from a struggle that remains at once omnipresent and unspecified. Nevertheless, against this backdrop of exhaustion and threat, the film strives to visualize the ecstatic and unsettling potential of new social forms, languages, and ways of living in the aftermath of a slow exit from long legacies of colonization and patriarchy.

Covid-19 Policy⁣
⁣
Campus community: RPI protocols apply. ID check required.⁣
Off-campus audience: Proof of Vaccination or masking with N-95 mask required. ⁣
⁣
Some events may require everyone to wear a mask in the venue.⁣
Masks will be available on entry.⁣

Oriana is commissioned by EMPAC / Curtis R. Priem Experimental Media and Performing Arts Center at Rensselaer Polytechnic Institute and is supported by the Andy Warhol Foundation for the Visual Arts, Creative Capital, the New York State Council on the Arts, and the National Endowment for the Arts. Presented in conjunction with the Feminist Art Coalition.