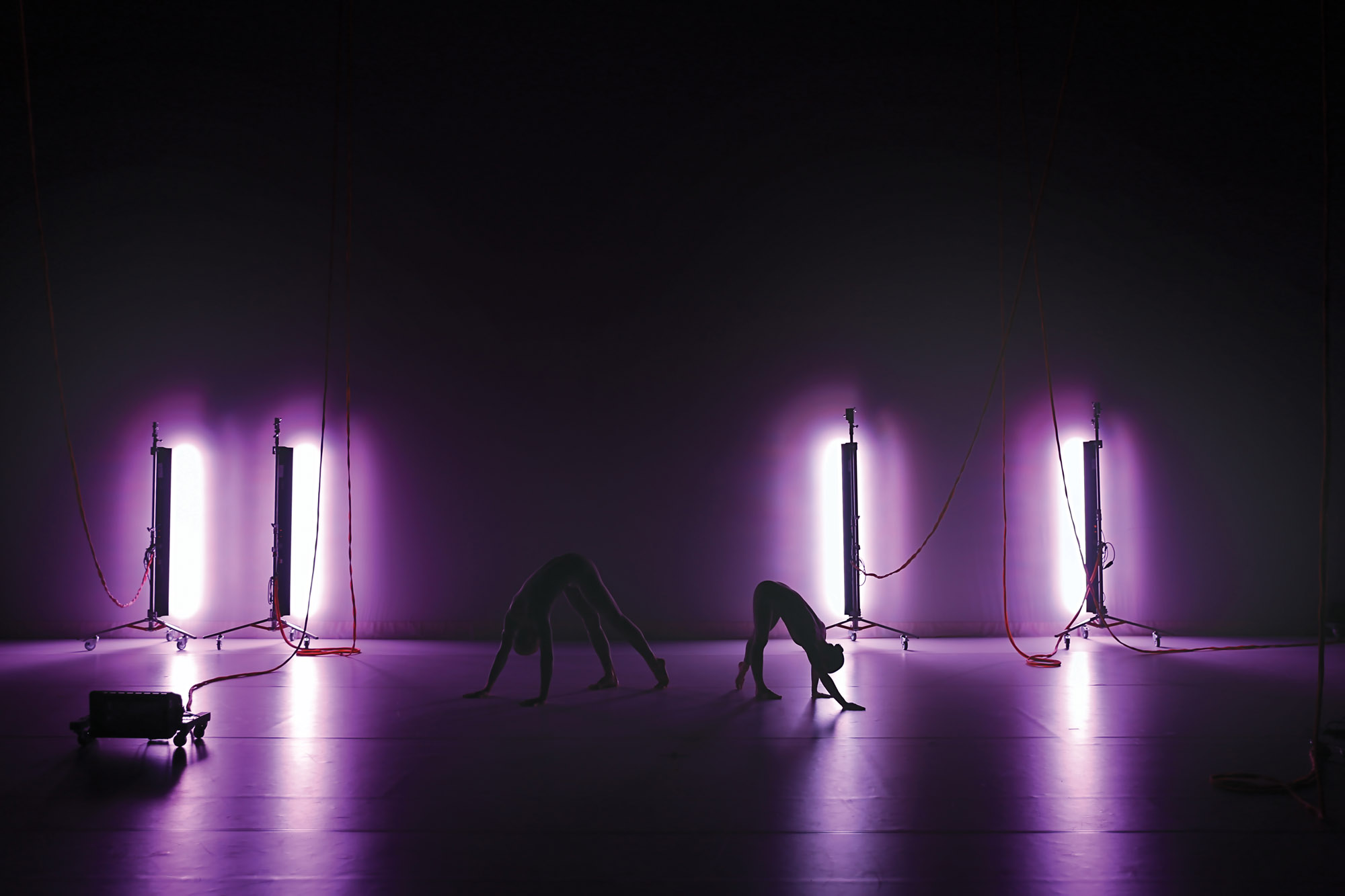 Taking its title from a therapeutic technique (RFA) developed in the 1980s, Recursive Frame Analysis refers to the cognitive patterns around which behavioral relationships and interactions develop; typically these are thought of as “stuck” and therefore also somehow problematic. The frame in the case of this performance could refer to the semiotic or the phenomenological.

The work engages with and responds to vocabularies of shapes developed by New York-based choreographer and dancer Brittany Bailey and performed by Bailey and Burr Johnson.

Mark Fell is a multidisciplinary artist based in Sheffield, UK. He is widely known for combining popular music styles such as electronica and techno with more academic approaches to computer-based composition, with a particular emphasis on algorithmic and mathematical systems. As well as recorded works, he produces installation pieces, often using multiple speaker systems. He started his career in the ’90s house and techno scene as one half of electronic duo SND and released The Neurobiology of Moral Decision Making earlier this year on label The Death of Rave.

Brittany Bailey has worked as a dancer/choreographer in NYC since 2008. She graduated from the University of North Carolina School of the Arts in 2008 and went on to train with Merce Cunningham. Bailey has performed with Marina Abramovic, Michael Clark Company, and Robert Wilson. Along with creating performance works for her dance company, Bailey is currently the choreographer on performances with Christopher Knowles, Mark Fell, and a solo dance with visuals by Louise Bourgeois and text by Gary Indiana.