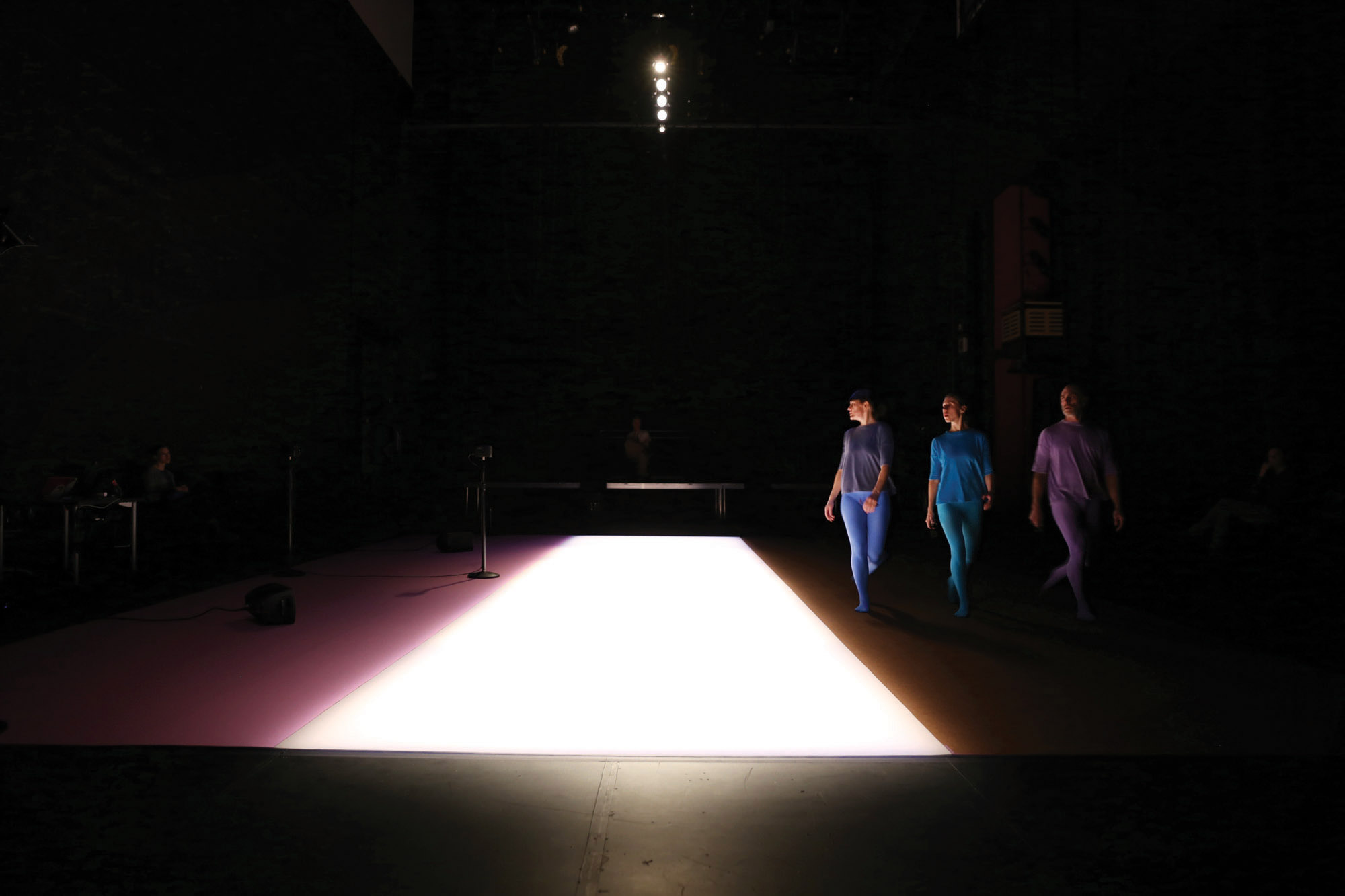 Commissioned and partially developed through the EMPAC artist-in-residency program, Extra Shapes is a performance for lunging figures, a musical concert for loudspeakers, and a light show. Created by DD Dorvillier, in collaboration with composer Sébastien Roux and lighting designer Thomas Dunn, Extra Shapes occupies a rectangular space divided into three horizontal bands, featuring sound in the front, light in the middle, and dance in the back. Picture a slice of Neapolitan ice cream with its three separate bands—strawberry (sound), vanilla (light), chocolate (movement)—then rotate the plate to view each of its sides. In Extra Shapes, the idea is to present the three mediums simultaneously but separately, and to propose a new way of experiencing and thinking about abstraction in a live situation.

Choreographer and performer DD Dorvillier has been developing her work and practice in New York City since 1989. In 2010, she moved to France and has continued to elaborate her work internationally. Through her original works, Dorvillier has always challenged pre-established definitions, including her own, of dance and choreography. By building works through physical, conceptual, and philosophical approaches, Dorvillier addresses issues of spectatorship, translation, and meaningfulness, in a playful yet urgent manner.

Composer Sébastien Roux writes electronic music, and presents it in diverse formats, from CD’s and records, to public listening sessions, sound installations, sound walks, and radio pieces. In 2011 he began to develop an approach focused on principles of translation, analyzing the structures of preexisting art works (visual, musical, literary) and transposing them into scores for new works (radiophonic or electroacoustic taped music).

Lighting designer Thomas Dunn has collaborated with DD Dorvillier/human future dance corps, lighting all the company projects since 2004. In 2007 he received a Bessie for his lighting design of Nottthing Is Importanttt at The Kitchen in New York. Other credits include works with TheaterWorks Singapore, The Civilians, Trajal Harrel, and Sens Productions. Thomas is also a recipient of a 2009 Kevin Kline Award for Outstanding Lighting Design.