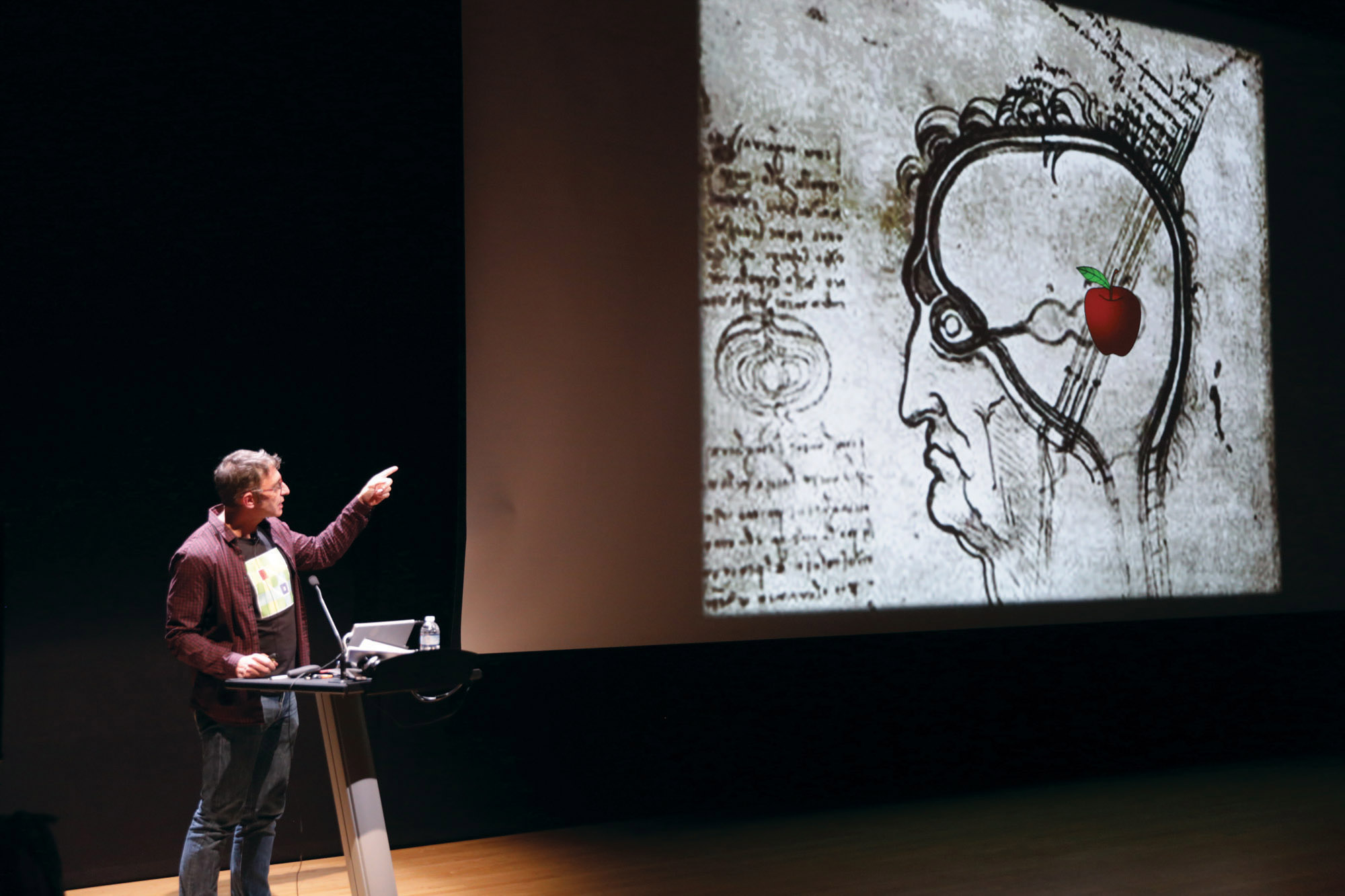 According to popular wisdom, consciousness takes place inside the mind, something with which Galileo, neuroscience, and the movie The Matrix would all agree. How are neurons able to create this internal mental world? Scientists have gone so far as to conclude that most of what we see around us exists only as an acquired image in the mind of the spectator, separated from what is perceived.

In this talk, Riccardo Manzotti will make the case for “externalism,” or consciousness that spreads beyond the brain, out into the world. Our minds exist both in front of our eyes and behind them. The individual doesn’t see a world; he is part of a world process. To support this claim, Manzotti will demonstrate a causal account of the object, examining several “internalist” arguments (e.g., illusions, phosphenes, hallucinations, Charles Bonnet syndrome, phantom limb pain, and dreams), showing how each is actually compatible with an “externalist” view of the mind.

Manzotti will contrast this externalist view with known empirical evidence and the most widespread models of the mind, both in philosophy and in neuroscience, to show that our minds cannot be said to have any one true owner.

Presented in conjunction with Melvin Moti's installation The Vision Machine

Riccardo Manzotti is a philosopher, psychologist, and artificial intelligence scholar. He earned his PhD in robotics and is currently a Fulbright visiting scholar at MIT’s Department of Linguistics and Philosophy. His work has made significant contributions to the problem of consciousness, the possibility of outlining a physical model of phenomenal experience, and the relationship between mind and world. Much of Manzotti’s research has focused on the concept of the “Spread Mind,” which challenges the traditional separation between subject and object. This view suggests that the conscious mind is larger than any single body.

Manzotti has published more than 100 scientific papers, and has written two books that explore the place of consciousness in the physical world: Conscienza e Realtà (2001) and L’esperienza (2008). He also co-edited two books for Imprint Academice: Artificial Consciousness (2008) and Situated Aesthetics (2011).

Born in Parma, Italy, Manzotti attended the University of Genoa, where he received degrees in computer science and philosophy. He conducted postdoctoral research on artificial vision and artificial intelligence at the LIRA-Lab in Genoa, Italy, and has held positions at Northwestern University, Trinity College, and KAIST in Dajeon, South Korea.