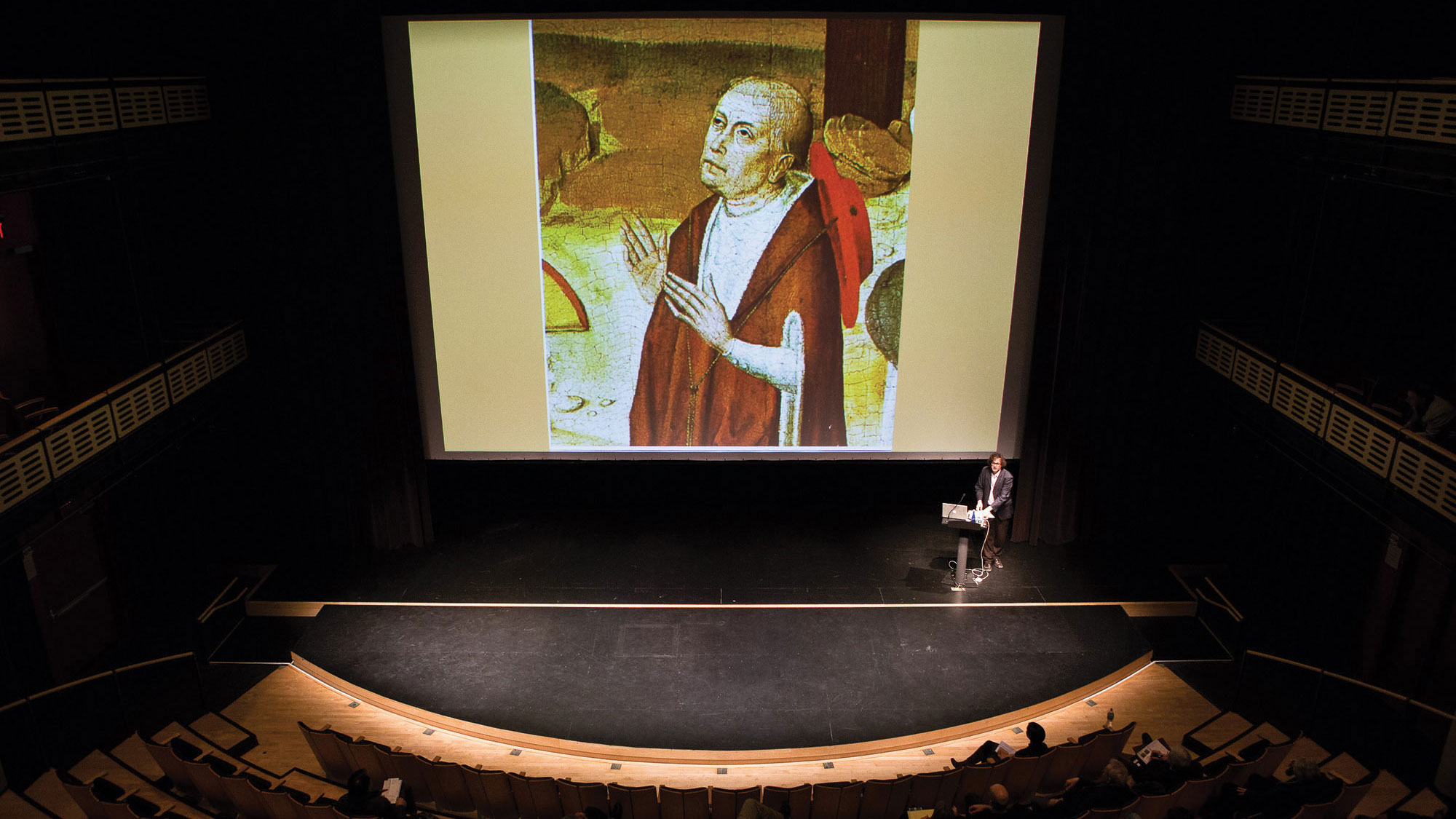 Greg Moynahan addressed the rise of scientific experimentation and its relation to experimentation in the arts. He considered the early history of both through their common location in collections and museums, suggesting that the appearance of the problem of infinity in natural philosophy was important for the modern relationship between scientific and artistic experimentation. The talk focused on thinkers such as Nicholas of Cusa and Gottfried Leibniz.

Moynahan has taught in the history and science, technology, and society (STS) programs at Bard College since 2001. He specializes in modern European intellectual and cultural history and the history of technology, and his research interests include the history of theoretical biology, systems theory, and “scientific” racism and political history of computing and cybernetics in the two Germanys. His book, Force and Form: Ernst Cassirer and the Critical Science of Germany, 1902-1919, was published by Anthem Press (London) in 2013.

Observer Effects offered a dialogue between the fields of art and science. The title was derived from the principle in physics that the act of observation transforms the observed, an idea   psychology, and politics.