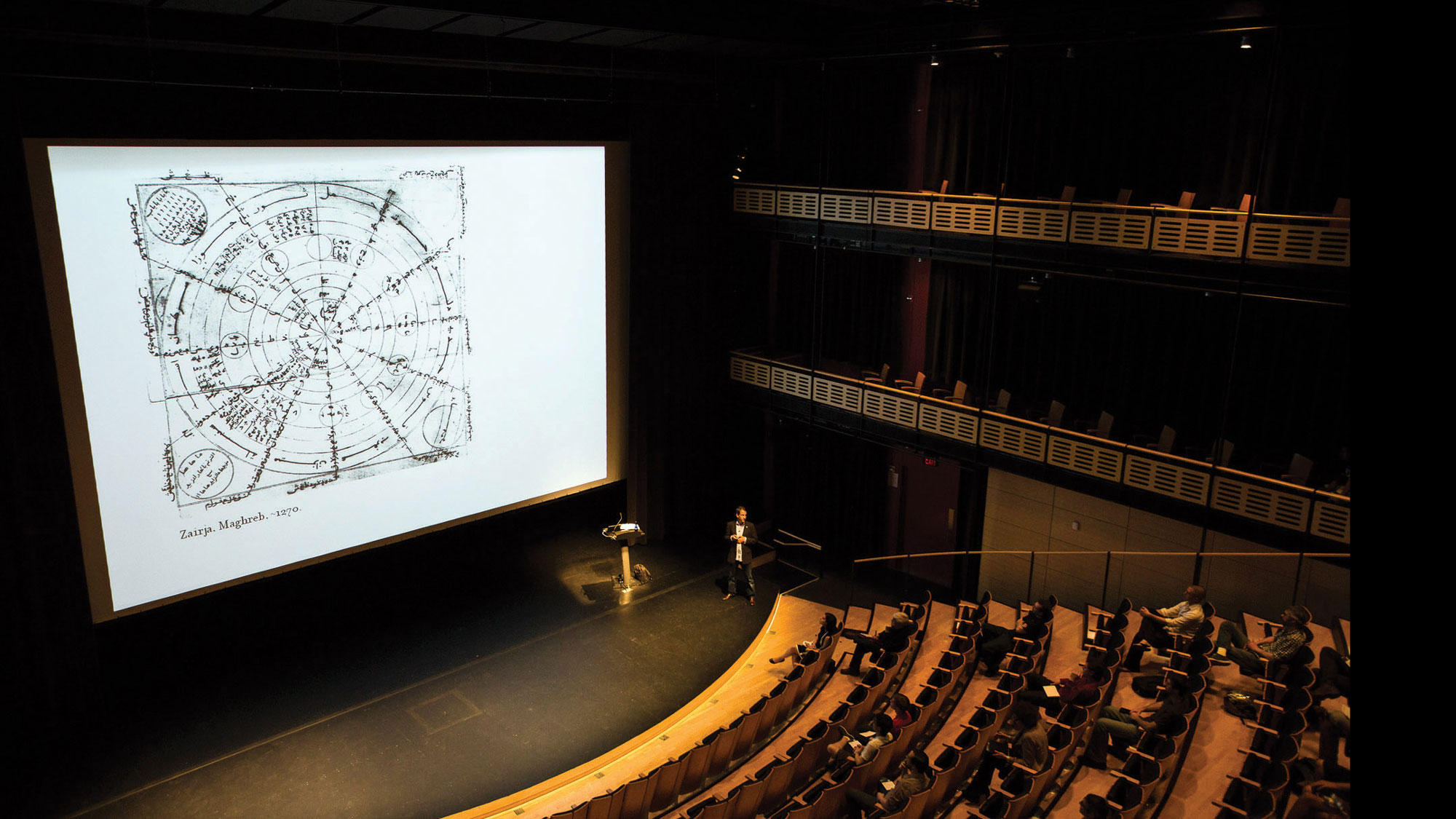 The Ferranti Mark 1 (1948–1958), the world’s first commercially available electronic computer, was used to create some of the earliest computer music and video games. This talk, by artist and media archaeologist David Link, detailed the problems and solutions of resurrecting software for the Ferranti Mark 1.

Main Image: David Link in the theater in 2013 during his talk.