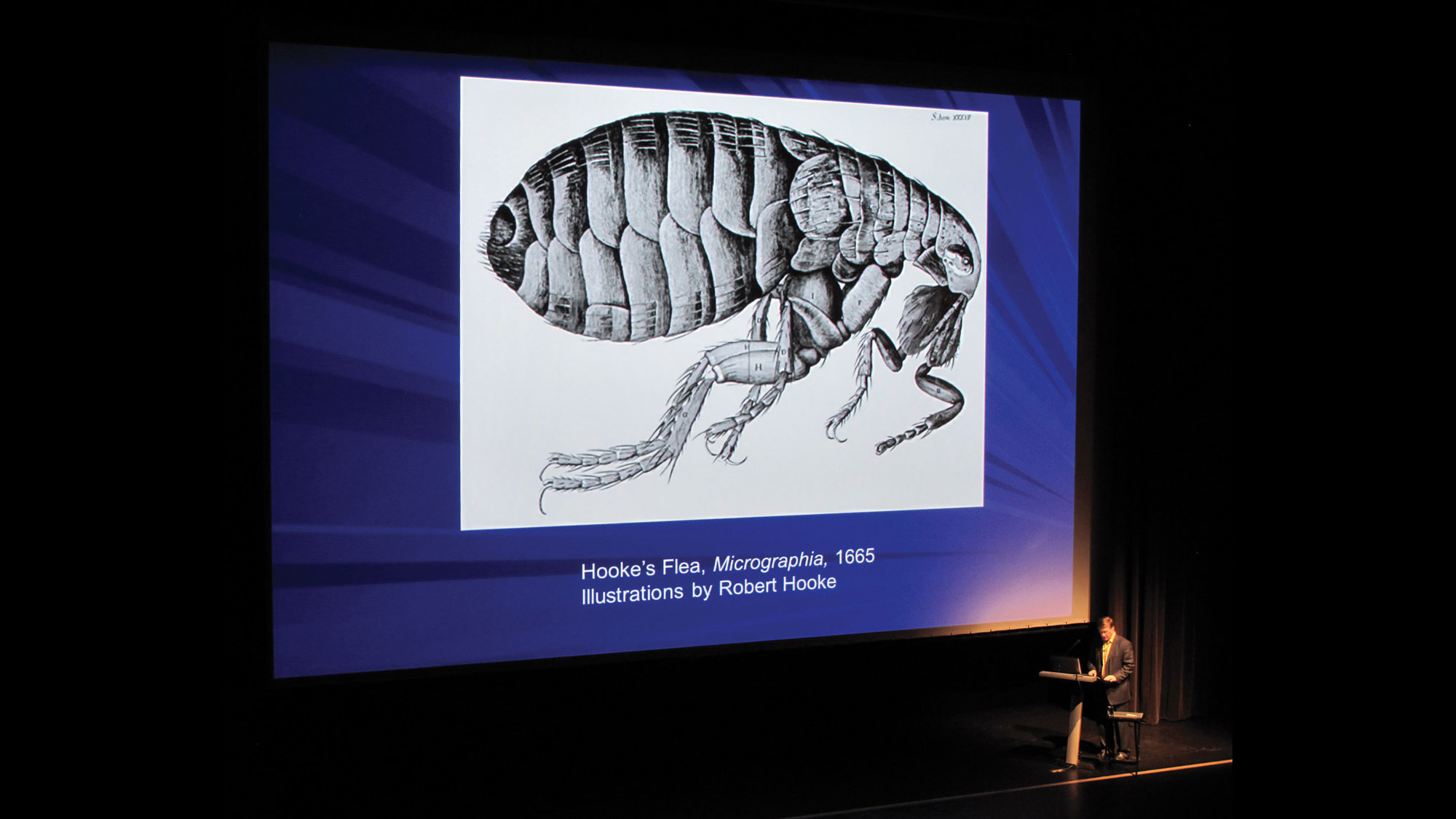 Physicist John D. Barrow discussed the “observer effects” principle and the impact of images on the development of science throughout history. From the first graphs and illustrated books to MolScript; from the first pictures of spiral galaxies in Van Gogh’s The Starry Night to the Hubble Space Telescope; and from the atomic bomb’s mushroom cloud to the intricacy of fractals, he examined the past influence of pictures in science and the growing influence of visual expression today.

Barrow is a cosmologist who studies the early history of the universe, the mathematical structure of cosmological models, and ways in which astronomy and cosmology can be used to test aspects of fundamental physics. He is a professor of mathematical sciences at Cambridge University. He is also the director of the Millennium Mathematics Project, an initiative to improve the understanding and appreciation of mathematics and its applications.

Main Image: John Barrow in the theater during his 2012 talk at EMPAC. Photo: EMPAC/Rensselaer.