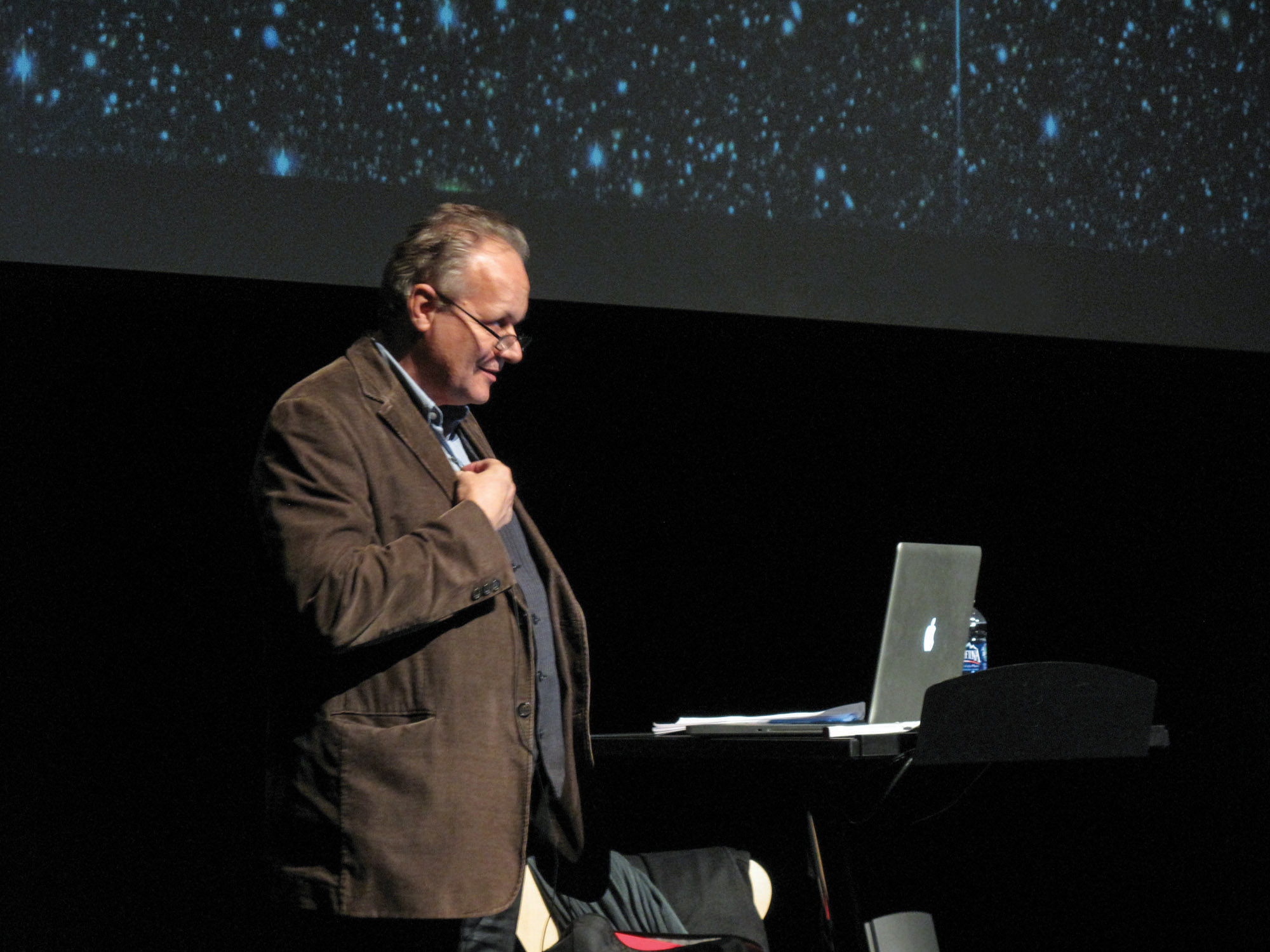 "Symmetry is one of the most fundamental concepts in geometry, whose principal concern is to find ‘pure’ shapes—the equivalent of the physicist’s search for fundamental elements. It is so prevalent in nature, from the human body to crystals, atoms, particle physics, or cosmology, that it is difficult to imagine it not being central to our understanding of the world."
— Jean-Pierre Luminet, Science, Art and Geometrical Imagination

Jean-Pierre Luminet, an expert on black holes, cosmology, and cosmic topology, will discuss the relationship between principles of aesthetics and the study of the cosmos through the work of artists, philosophers, and scientists, from Plato to Kepler, and Dürer to Escher.

A collaborator of Gérard Grisey's Le Noir de l'Étoile, Luminet will discuss his role in the spatial percussion piece about the death of a pulsar, which will be performed by Les Percussions de Strasbourg in EMPAC's Concert Hall on Saturday, February 26, 2011.

Observer Effects invites thinkers to present their highly integrative work in dialogue with the fields of art and science. This lecture series takes its title from a popularized principle in physics that holds that the act of observation transforms the observed. Outside the natural sciences, the idea that the observer and the observed are linked in a web of reciprocal modification has been deeply influential in philosophy, aesthetics, psychology, and politics.