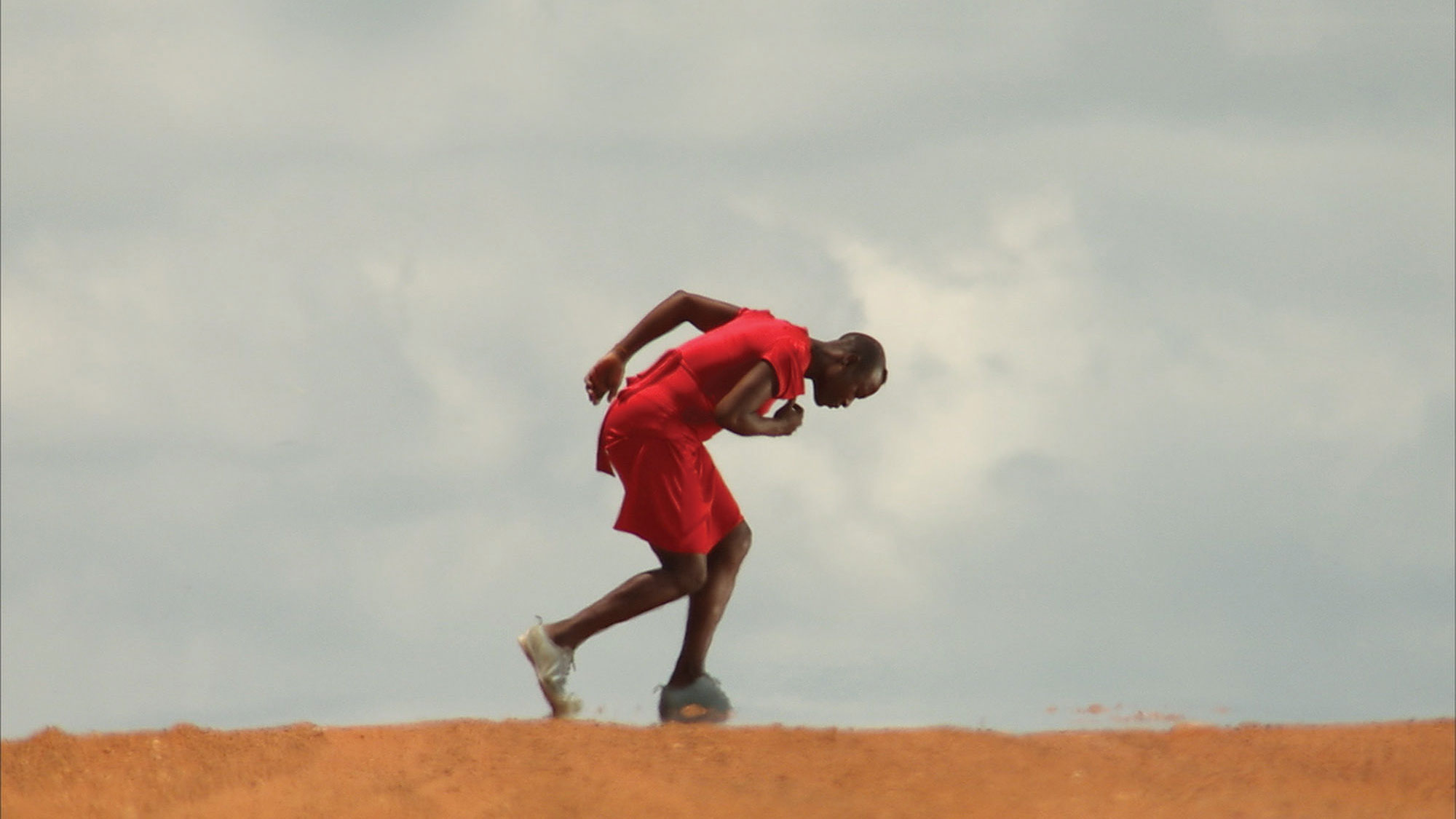 Another chance to see the four dance films commissioned by EMPAC and premiered last year at EMPAC's opening festival! Combining dance with the technologies of the moving image, these works span a wide geographic, visual and emotional range. They include: a poetic work based on the biography of an African choreographer living in the US, who returns to dance her story in Zimbabwe; a lively play on movement and architecture created by Argentinian dancers suspended in a narrow passageway; a collaboration with US veterans transforming their experiences in Iraq through imagery and re-enactmant; and a work that combines the aesthetic of video surveillance in post-Soviet Russia with the filmed movements of a contemporary Russian dancer. In the last year, these first DANCE MOViES Commissions have traveled far and wide to international festivals around the world. As a group they were shown in the Dance for Camera Festival in Brighton, UK; Festival Internacional de Video-Danza de Buenos Aires, Argentina; Dance Camera West in Los Angeles; and the Dance on Camera Festival produced by Dance Films Association and co-sponored by the Film Society of Lincoln Center in New York City, garnering awards and critical attention.

Elena Demyanenko: Choreographer, Dancer Joby Emmons: Director, Editor, Sound Designer Matt Schloss: Sound Mixer Running time: 7 minutes I am kino-eye, I am a mechanical eye... I am in constant motion, I draw near then away from objects, I crawl under, I climb onto them... free of the limits of time and space... (Dziga Vertov) Exploiting the technologies that constantly monitor us, Kino-Eye shadows a dancer through the public and private realms of contemporary Moscow. Immersed in an aesthetic of video surveillance, the dancer shifts in and out of glitches and static as video playback anonymously manipulates her stolen image. “Elena was interested in the themes of surveillance, voyeurism, and exhibitionism within dance. I found a surveillance camera in an unfinished apartment complex on the outskirts of Moscow and felt that it would be an appropriate tool for exploring her ideas. I followed her through the city and to the apartment with this camera. Elena developed movement based upon various physical responses to being spied upon-- pedestrian, guarded, flirtatious. The wireless video feed produced media scarred with glitches, static, hisses, hums, and pops. These flaws created both the editing style and the soundtrack for the piece. No external effects were used, just the copying, pasting, and layering of the flaws that the wireless gave me. I replicated the screen layout of surveillance monitors that I found both in Moscow subway stations and in New York bodegas. I mimicked playback features such as fast-forward, rewind, and slow motion to manipulate the dancer's image.” — Joby Emmons

Choreography/direction by Victoria Marks Photography/editing/direction by Margaret Williams Performed by Manuel Flores, Aaron McCollum, Jose Reynoso, John Tingley, Cidkyee Williams, and Felton Williams Music and sound design by Jeremy Cox Running time: 17 minutes The film Veterans tracks five US vets recovering from PTSD, as they make their way through the streets of Los Angeles. Locked in solitary battles of isolation, dislocation and memory, these vets converge in a quiet alley and find themselves joining in a ritual re-enactment of combat before returning to their separate lives. Margaret Williams and Victoria Marks, known for their moving and visually compelling dance film collaborations, (including OUTSIDE IN, MOTHERS AND DAUGHTERS and MEN) are re-united through EMPAC, for the first time in 11 years. In the film Veterans, Marks and Williams worked with vets to translate their imaginary and real experiences into a visual and kinetic story of longing and displacement. The performers met Marks and Williams while involved in a Combat Rehab/PTSD program at the VA Hospital in West Los Angeles. “The challenge for us was to consider how to represent an invisible condition (PTSD) on film. Whilst we made use of magical story telling, our wish was to accurately conjure the emotional dislocations our subjects experience through something other than reportage. Each set of images is the result of dreaming together with the performers and hearing the vets’ own metaphors for their experience. For one scene we worked with the extraordinary dancer, Jose Reynoso, who represented a military uniform. The presence of the camera offered a different way for the vets to tell their stories... Guided by the vets, the camera allows us a new, and perhaps previously overlooked, perspective of their experiences as modern soldiers.” — Victoria Marks and Margaret Williams

Created by David Farias, Carla Schillagi and Maria Fernanda Vallejos Running time: 10 minutes A group of dancers use a narrow passageway, typical for Argentinean urban housing, to create an elegant, abstract, and lively piece of pure movement and form. In continual dialogue, the collaborative group of artists...discovered through improvisation a creative process to interact with the specific place of the alleyway - a remnant of European urban heritage, a familiar place in Argentina. Their intention was to re-imagine this familiar space, show it in a new light, and somehow be involved in protecting this fast-disappearing feature of contemporary city life. “We wanted to explore and reclaim this space by investigating it with the body, through contact with the walls, support, weight, fluidity of movement, weightlessness etc. With the camera, we aimed to try different locations, angles, inversions, movement and stillness. We wanted a direct interaction between the corporal, the visual, and the environment.” “Working in the open air and in a non-conventional space during these last two years, we encountered many unforeseen circumstances: inclement weather, even for the days of the shoot; modifications to the environment, as the house next door was reduced to a vacant lot; the hesitations of the local residents at seeing dancers climbing on the walls of their homes; scraped bodies and ripped clothing from friction with the rough walls...” — Carla Schillagi and Maria Fernanda Vallejos

Directed by Alla Kovgan and David Hinton Choreographed by Nora Chipaumire with Souleymane Badolo Soundscore by Thomas Mapfumo Produced by Joan Frosch Running time: 35 minutes Nora is based on true stories of the dancer Nora Chipaumire, who was born in Zimbabwe in 1965. In the film, Nora returns to the landscape of her childhood and takes a journey through vivid memories of her youth. Using performance and dance, she brings her history to life in a swiftly-moving poem of sound and image. The result is a film about family dramas, difficult love affairs and militant politics, which moves back and forth between the comic and the tragic, the joyful and the mournful. It is a film about a girl who is constantly embattled - struggling against all kinds of intimidation and violence - but who slowly gathers strength, pride and independence. Shot entirely on location in Southern Africa, Nora includes a multitude of local performers and dancers of all ages, from young schoolchildren to ancient grandmothers, and much of the music is specially composed by a legend of Zimbabwean music - Thomas Mapfumo. “Nora’s story is full of drama but we wanted to tell it not as a dramatist would, but as a poet would. We wanted something more rapid, vivid, and economical than conventional drama – something that combined clarity of storytelling with density of meaning. We wanted the film to work through metaphor, distilling the abstract into the concrete, and expressing the emotional through the physical. Dance was perfect for our purposes. It allowed us to give unusual rhythms to narrative, and invent different ways to tell different stories. “Due to the political situation in Zimbabwe, we shot Nora in Mozambique, right at the Zimbabwe border, in Manica Province. Our biggest joy came from working with the local people. How can we thank them enough? ” — David Hinton and Alla Kovgan “Dancing is for me a primal means of self-preservation, self-assertion, self-determination.. The method and process, from the seed of a movement idea, and the genesis of the ideas into rhythm and motion through space, is simple for the solo artist: the transformation onto a different medium, such as film is not so easy. The cross cultural/cross language/cross gender/cross generation/cross genre/cross continental collaboration that is Nora was both exhilarating and challenging.” — Nora Chipaumire