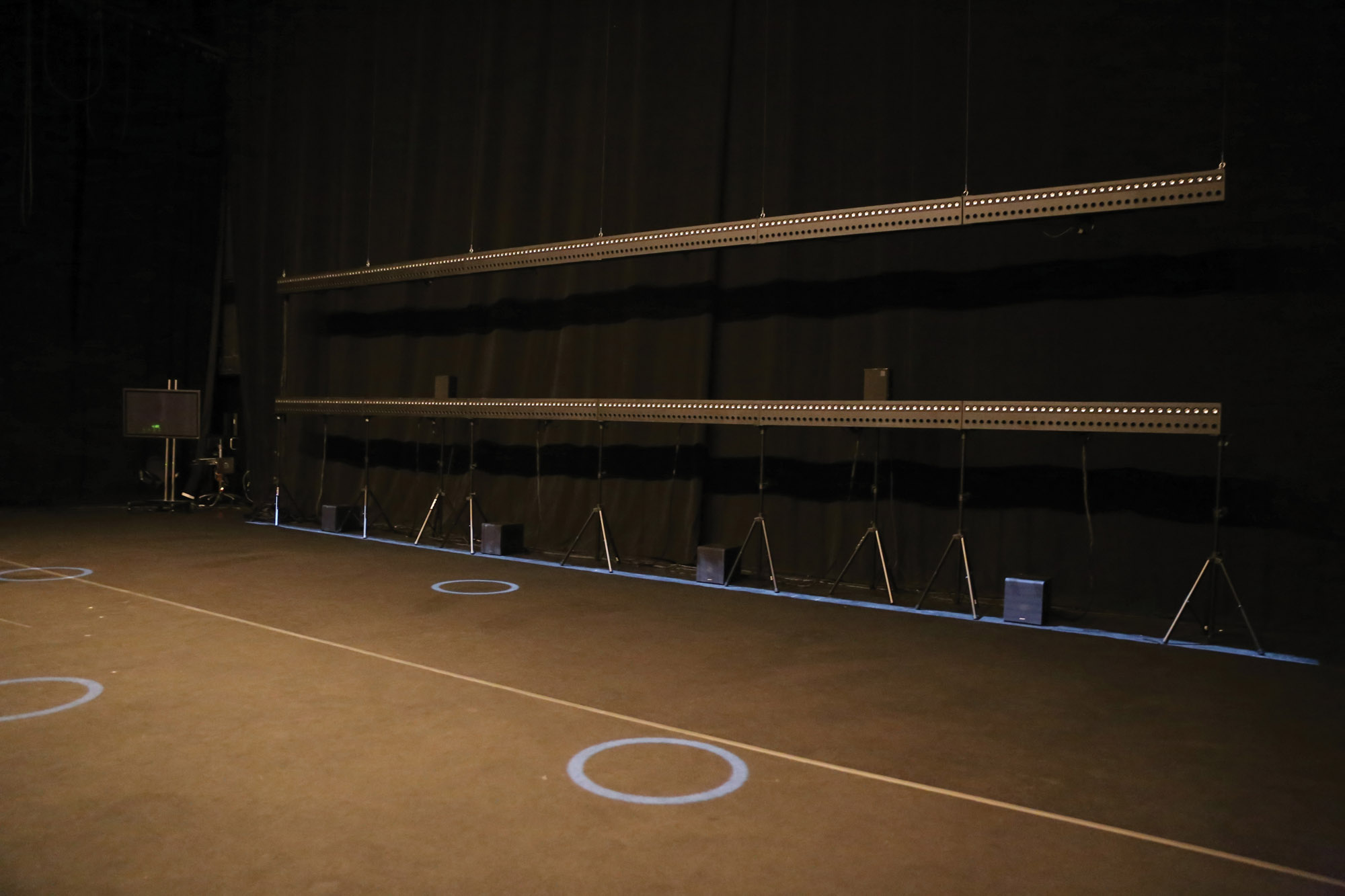 One of the most extensive systems of its kind in the world, EMPAC’s wave field array was constructed by the EMPAC audio engineering department in 2016 and the curatorial program has begun developing new work for the system in conjunction with leading electronic composers. Consisting of a large field of small speakers oriented very closely together, the system produces a virtual audio environment by localizing the source of individual sounds in space with an extreme level of precision.

In preparation for these demonstrations, the audio team undertook a series of recordings with a string quartet consisting of Leah Zelnick (violin), Brooke Quiggins (violin), Stefanie Taylor (viola), and Caleigh Drane (cello). The recordings were spatialized using the Wave Field array and integrated with overhead lighting that gave listeners a visual cue for where to find each instrument virtually positioned in the room.