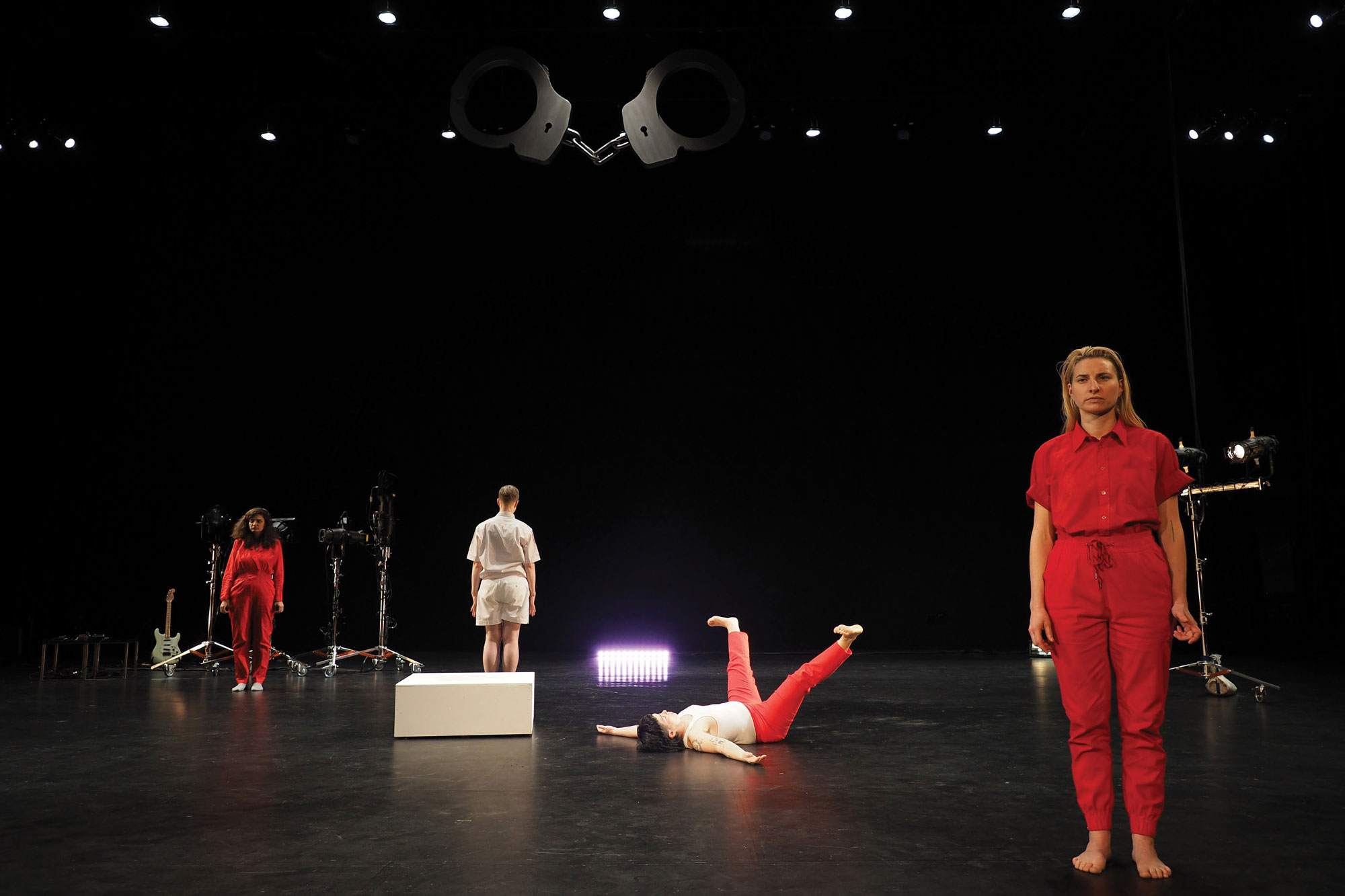 Everybody Talks About the Weather, We Don’t

Berlin-based artists Pauline Boudry and Renate Lorenz were in residence at EMPAC to produce a moving-image work with a structure that combined three choreographic approaches: an instructional score by Pauline Oliveros, a 1968 text by revolutionary Ulrike Meinhof that calls for a transition from protest to resistance, and remote-control “carts” developed by Bell Labs with choreographer Deborah Hay for the 9 Evenings: Theater and Engineering performances in New York in 1966.

Everybody talks about the weather, we don’t (a working title borrowed from a Meinhof essay) was performed by five “carts” (produced at EMPAC), theatrical light, haze, a mobile camera operated by Bernadette Paassen, and artists MPA, Ginger Brooks Takahashi, Werner Hirsch, and Marwa Arsanios.

By taking cues from historically subversive actions and artworks, the artists’ films and installations disrupt historical narratives in order to renew the power of radical artworks. By subverting the original context, Boudry/Lorenz reactivate these works through the interaction of the technical (the theatrical and filmic apparatus of media production) and the performative (the current generation of artists, choreographers, and musicians) to underscore how the refusal of a fixed or normative identity is still an urgent political act.

Boudry / Lorenz have been working together since 2007. Their staged films and film installations often start with a song, a picture, a film, or a script from the past. They produce performances for the camera, staging the actions of individuals and groups living—indeed thriving—in defiance of normality, law, and economics. Their films upset normative historical narratives, as figures from across time are staged, projected, and layered. These performers are themselves choreographers, artists, and musicians, with whom Boudry and Lorenz engage in a long-term conversation about performance, the meaning of visibility since early modernity, the pathologization of bodies, and also about glamour and resistance.