mayfield brooks (Performance Collaborator) improvises while black, and is currently based in brooklyn, new york working as a movement-based performance artist, vocalist, urban farmer, writer, and wanderer. they studied contemporary dance at the school for new dance (sndo) in amsterdam, moving on center in oakland, ca, and holds a mfa in interdisciplinary performance from uc davis and a masters in performance studies from northwestern university. mayfield was a 2017 artist in residence at movement research new york, a 2019 dance and process (dap) artist at the kitchen nyc, and is currently an artist in residence at the center for performance research (cpr) and abrons arts center in new york. mayfield teaches urban farming courses for farm school new york (fsny), and teaches & performs dance and vocal improvisation nationally and internationally.

Alyssa Gersony (Research Assistant), b.1990, is a performance artist based in New York City since 2012. Her work has been presented by Gibney Dance, Movement Research at the Judson Church, the Center for Performance Research, Dixon Place, and Triskelion Arts. She has served as a research assistant to Jaamil Olawale Kosoko since 2016, and previously worked as a choreographic assistant to Thomas Lehmen and Grisha Coleman. Alyssa holds an MFA in Interdisciplinary Studies (Choreography and Intermedia Performance) from the University of Iowa, under the Iowa Arts Fellowship and Graduate College Fellowship. Her current work studies the limitations of solo performance in relation to whiteness and neoliberalism. Gersony is a 2020-2021 Fulbright research awardee in dance to Latvia.

Nile Harris (Performance Collaborator) is a Brooklyn based interdisciplinary artist working in the intersections of theatre, choreography, and time based media. His work has been presented at the Palais de Tokyo, Dixon Place, Secret Project Robot, Bronx Academy of Arts and Dance, Movement Research at Judson Church and The Watermill Center, where his commissioned installation, curated by Robert Wilson, was featured in publications such as New York Magazine, W Magazine, Art News, and Vulture. His work has been supported with residencies at Brooklyn Arts Exchange, Abrons Arts Center, and Otion Front Studio with funding support from the National YoungArts Foundation, Foundation for Contemporary Art, and Pepatián. As a performer, he has performed for various artists including 600 HIGHWAYMEN, Jaamil Olawale Kosoko, Malcolm-x Betts and in Broadway and Off-Broadway productions including 'The Inheritance' and 'Occupied Territories'.

Of Nigerian and Finnish descent, Ima Iduozee (Film Co-Director) is a choreographer, performer and filmmaker based in Helsinki. His debut solo, This is the Title, premiered in 2012 and went on to garner international acclaim, touring in 15 countries across Europe, North America and Asia. Recent commissions include works for the Finnish National Opera (Don Giovanni 2020), Finnish National Theatre (Julia & Romeo 2018), French fashion house Aalto International (After Nature One 2017), Stockholm City Theatre (Purple Nights 2015) and Helsinki City Theatre (Perfect Day 2014 & Bonfire 2019). Iduozee has directed music videos for Finnish artists such as Malla, Yeboyah and Isaac Sene. His on-going film project, Diaspora Mixtapes, is a series of video portraits that celebrate black cultural identity in the contemporary African Diaspora. In 2015, the annual honorary prize of the Finnish Critics Association, Critics Spurs´, was given to Iduozee, as an acknowledgement for the best artistic breakthrough of the year.

Alexis McCrimmon (Film Editor) is an interdisciplinary artist, filmmaker and film editor based in the Midwest. As Studio Editor for the Film/Video Studio, a post-production artist residency, at the Wexner Center for the Arts she has had the pleasure of working with artists from all over the globe, such as Ann Carlson, Rodney Evans, Pilar Mata Dupont, Hope Ginsburg, Bárbara Wagner, and Benjamin De Burca. Her artistic practice explores commodity attachment, phenomenological transformation, and the aesthetic marriage between commercial and fine arts histories. Alexis has screened nationally and internationally including the Athens International Film and Video Festival, BFI Flare, Yerba Buena Center for the Arts, Frameline, East End Film Festival, and MIX NYC.

Emily Reilly (Dramaturg) is a British/Irish performance maker and dramaturg working across a number of different disciplines. She holds an M.F.A in Dramaturgy & Dramatic Criticism from The Yale School of Drama and a B.A. from Trinity College Dublin. She has presented work in the U.S. and internationally at a variety of venues and found spaces including (selected): The Project Arts Centre, Dublin; The Samuel Beckett Theatre, Dublin; The Tron Theatre, Glasgow; The Gilded Balloon, Edinburgh; The Volksbühne, Berlin; The Invisible Dog Art Center; The Baryshnikov Arts Center, and The Clemente Soto Vélez Cultural Center in NYC. In 2011 her production, Minute After Midday, was awarded a prestigious Fringe First Award at The Edinburgh Festival. She is an alumna of the Urban Bush Women’s Summer Leadership Institute. She is also co-founder and co-artistic director of HORSE, whose production Vaska  premiered in Amsterdam in the fall of 2018.

Everett Saunders (Sound Design) is a Composer, and Sound Designer specializing in collaborative processes, score and soundscape development for theater and film.

His approach to film and theater is not only supported by his musicality, but his understanding of the distinct nuances of the genres. Working with directorial minds such as Damon Colquouhoun of Ron Howard’s Project Imagination and internationally renowned dance companies such as Urban Bush Women his unique understanding of musical dramaturgy and theatrical score development has impacted audiences across the nation. His latest and ongoing work in the production Memoirs of a… Unicorn, received a 2018 Bessie Award for Outstanding Production, and recently had its International premiere in Brussels, Belgium. Saunders was awarded a New Music USA grant to research and develop a 3-Dimensional Binaural Soundscape and Score for the performance work being Here. His latest work can be found within Urban Bush Women’s recent production of Hair & Other Stories, and as a composer and sound designer on choreographer Jaamil Kosoko’s multi-platformed project, Chameleon. Anchored in a steady collaboration with partner and choreographer Marjani Forté-Saunders (2020 FCA Awardee), and now emerging as 7NMS, the duo has produced 7 award-winning works over the last 10 yrs. 7NMS are also founding directors of ART & POWER (2018), a radical vanguard and platform for thought, innovation, and action.

SaVonne N. Whitfield, M.A. (Wardrobe and Fabrication) Born and raised in Oakland, CA now based in Las Vegas, NV. SaVonne is a fashion designer, wardrobe consultant, self-taught seamstress and small business owner of 27Hangers (creating customized clothing for all body types). As a style enthusiast, SaVonne has experience working in cities such as— Houston, Los Angeles and New York. From assisting in NYFW model casting and logistics, to working as a bridal stylist, as well as taking on costuming and wardrobe lead in theater production; SaVonne has earned a trusted rapport of style and garment constructing from her exposure and desire to learn and experience the multi-faceted elements of all things fashion, style and body positivity.

Peiyi Wong (Co-Scenic Design) is a scenic designer based in Brooklyn, NY.

Michelle Boulé is dance artist, teacher, life coach, and healer, who is interested in bringing more love into the world. Her work explores how movement, creativity, and consciousness intersect with traditional and contemporary healing practices. The goal is to create aesthetically enlivened experiences that remind us of the truth and potential of who we are, individually and collectively. Boulé has received recent commissions, presentations, and awards from The Chocolate Factory, Danspace Project, Triple Canopy, Baryshnikov Arts Center, Summer Stages Dance @ICA Boston, and The Met Breur (with Okkyung Lee), University of Illinois Distinguished Legacy Award, New York Foundation for the Arts Choreography Fellowship, LMCC’s Extended Life Dance Development Program, PICA Creative Exchange Lab, and MacDowell Colony. She is a “Bessie” Award winning performer who has worked Miguel Gutierrez (2001-15), Deborah Hay, Bebe Miller, and John Jasperse, amongst others. Michelle teaches internationally and also maintains an online coaching+healing practice.

Ashon T. Crawley is Associate Professor of Religious Studies and African American Studies at the University of Virginia and author of Blackpentecostal Breath: The Aesthetics of Possibility (Fordham University Press), winner of the 2019 Judy Tsou Critical Race Studies Award from the American Musicological Society; and The Lonely Letters (Duke University Press). He is currently working on a cultural studies, gender and sexuality history of the Hammond Organ and its use in black sacred contexts, a project titled "Made Instrument: Polyphonic Intention." All his work is about alternatives to normative function and form, the practice of otherwise possibility. 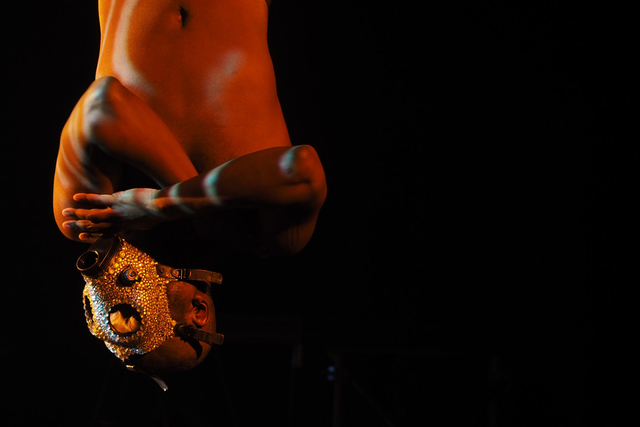