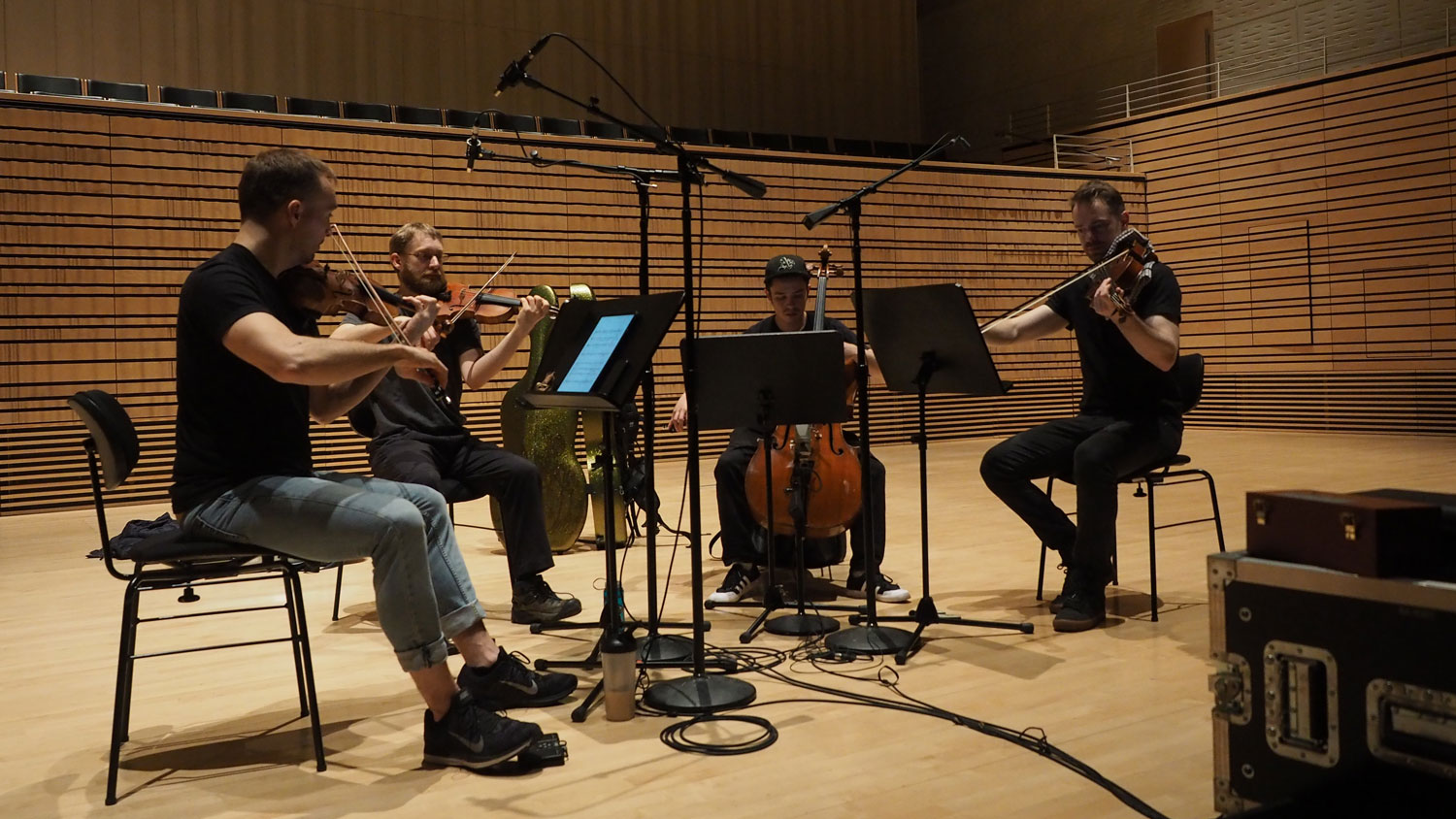 A Complete History of Music (Volume 1)

In 2019 Patricia Alessandrini was commissioned by Die Wittener Tage für neue Kammermusik in Germany to compose a long-scale work with electronics for JACK quartet, which initiated the collaboration between composer and quartet.

In a further development of her practice of compositionally "interpreting" works from the past (reflected by the tongue-in-cheek reference to canonicity evoked in her title) Alessandrini incorporates a variety of works from the Western classical music canon into this piece. Using live electronics, materials from the recordings appear through the playing of the quartet.

Spatial distribution of the multi-channel electronic sounds in the performance space plays a key role in the melding and separation of the various works "interpreted" and interwoven with the playing of the live quartet. These spatial elements will be developed at EMPAC in addition to the real-time processing, concatenation and filtering techniques of the recordings.

After several postponements due to the pandemic, the work is now scheduled to be premièred at Die Wittener Tage für neue Kammermusik 2023. In the meantime, it will receive its first public pre-première by JACK quartet at Merkin Hall in New York City on 21 April, 2022 alongside works by Khyam Allami and George Lewis.