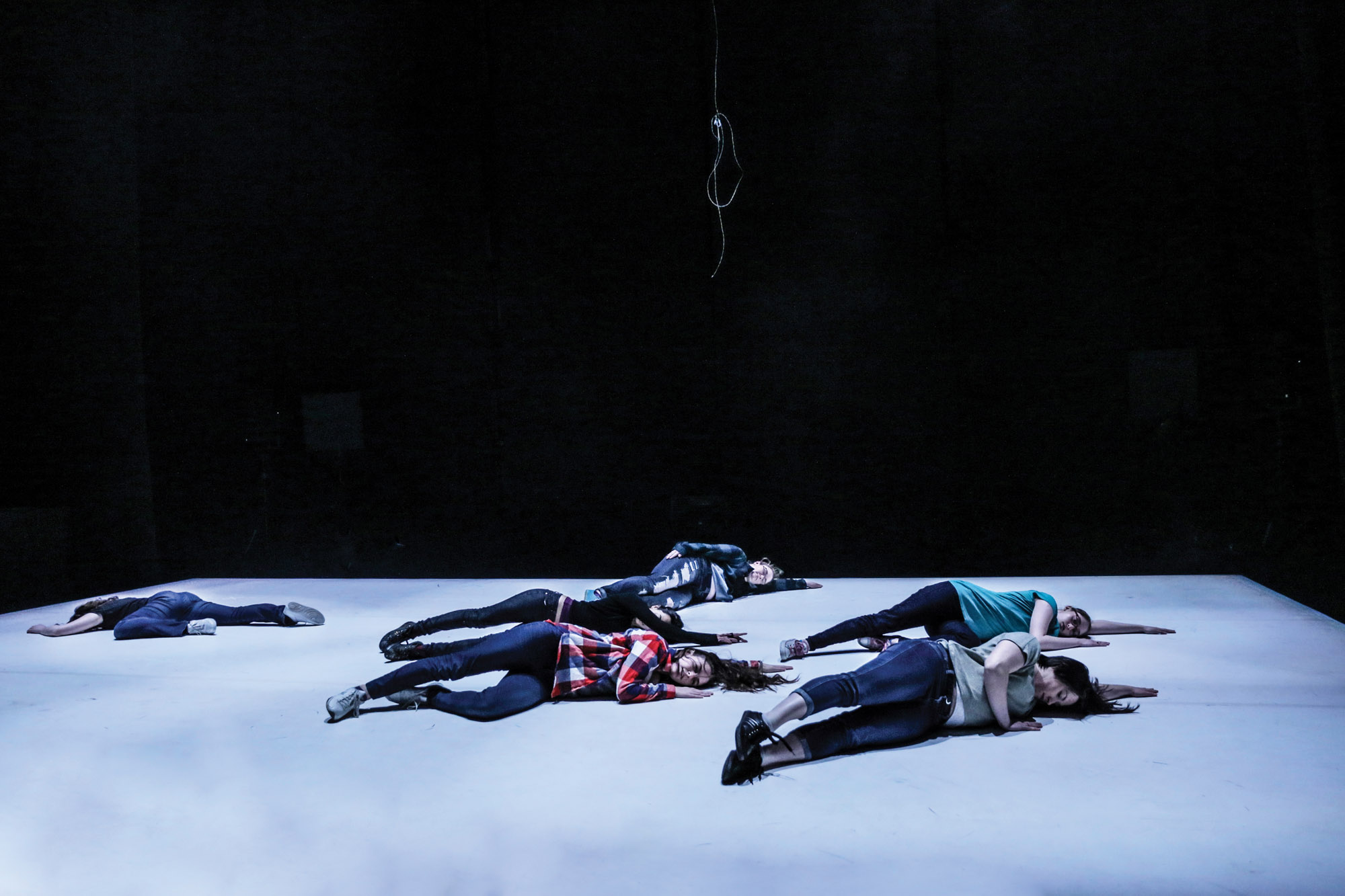 Performer, writer, and interactive-electronics artist Andrew Schneider completed a series of three development residencies at EMPAC with this work-in-progress showing of his new per- formance, FIELD (later titled AFTER). Picking up where his Obie Award-winning project YOUARENOWHERE left off, Schneider’s fol- low-up explores the physics and temporality of parallel universes and perception. Schneider and his collaborators Alicia ayo Ohs, Alessandra Calabi and Bobby McElver (joined by Kedian Keohan and Peter Musante for the work-in- progress showing) used lighting, projection mapping, and 3D sound spatialization to create an immersive environment inside of a non-lin- ear narrative that prioritizes audience experience and leads viewers to consider where they are and how they got there. Choreographer Vanessa Walters worked with the Rensselaer Dance Club to develop original choreography for the showing that would inspire scenes in the final production of AFTER.

Andrew Schneider is a Brooklyn-based artist who creates and performs in original perfor- mance works and videos and builds interactive electronic artworks and installations. Schneider was a Wooster Group company member (video/ performer) from 2007-2014 and has shown his work at 3LD in New York, the Melbourne Arts Festival, LIFT Festival, GREC Festival and in theaters across France, including Maillon, Théâtre de Strausbourg, and Théâtre de Genne- villiers among others.

Andrew Schneider’s Field was co-commissioned by Performance Space 122 with support from the Jerome Foundation.