Oneohtrix Point Never—aka Daniel Lopatin—is a Brooklyn-based composer who creates electronic music that is often described as “cinematic” and “orchestral.” While broad in range, Lopatin does not ignore the small stuff; his sound engineering crafts and controls every detail and effect. Pulling from a wide range of influences—synth sounds, television commercials, classical minimalism, and high-end audio production—Lopatin condenses the disparate sounds to form music that slopes forward with self-contained narratives. In preparation for the performance, Lopatin was in residence in the Concert Hall with visual artist Nate Boyce developing the live touring show for his album R Plus Seven.

Lopatin’s work deftly balances the experimental with the accessible, having produced albums under his Oneohtrix Point Never moniker on independent labels as well as a large catalogue of mini-album tape releases. In addition to his work as OPN, Lopatin has built live soundscapes at the MoMA, collaborated with Montréal-based ambient electronic music composer Tim Hecker, and provided production and arrangement work for Antony Hegarty, Doug Aitken, Fennesz, and Hans-Peter Lindstrøm, among others. 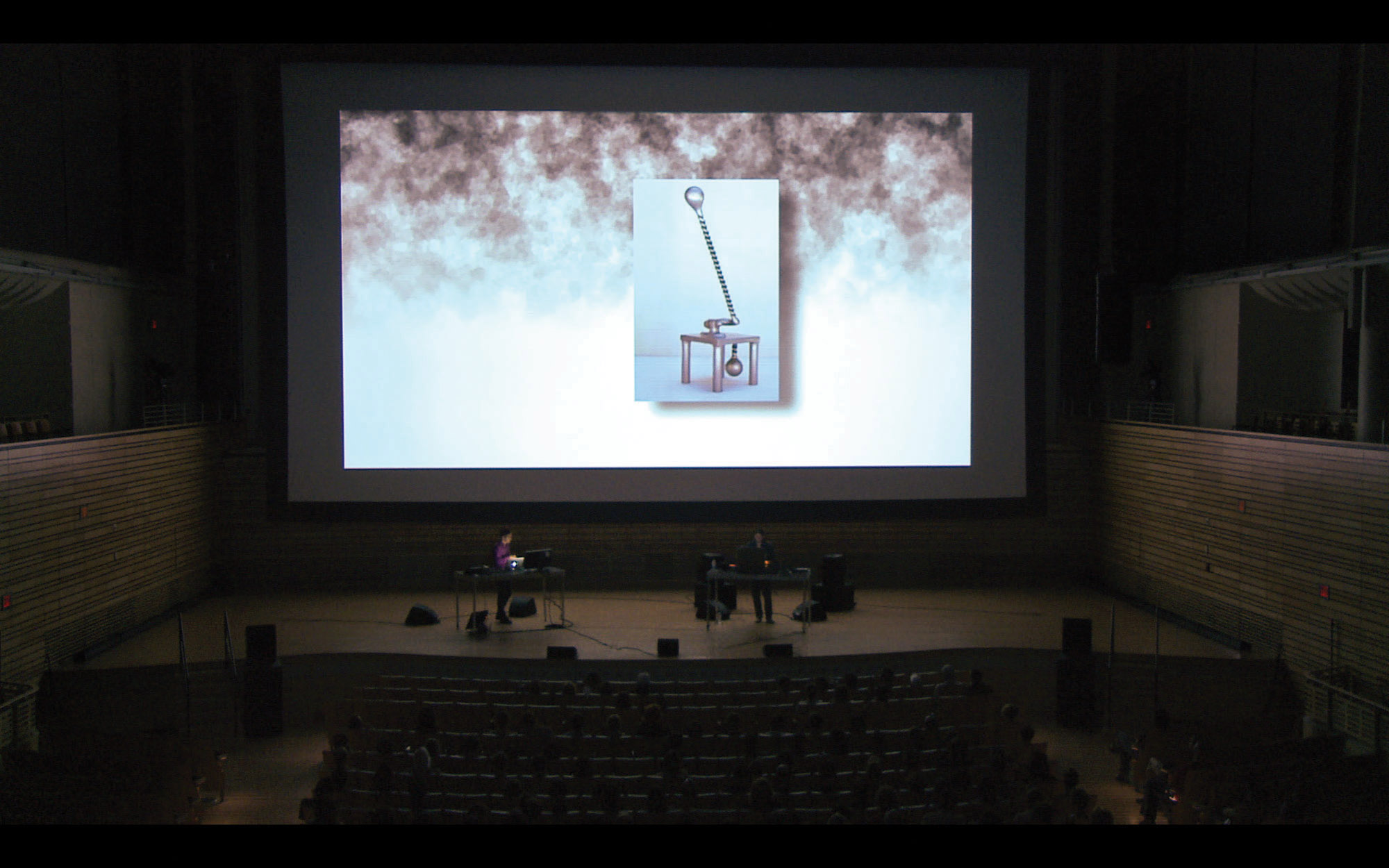