Yanira Castro worked with her team and EMPAC staff to create set elements for Wilderness, which premiered during EMPAC’s Filament Festival in October 2010. Wilderness unfolds on a dark earthen field in the entrance lobby of EMPAC, designed to contain 40 audience members sitting, standing, and walking, with all who inhabit the space—dancers, crew, musicians, and audience—sharing the same ecosystem. The set was also designed to function as an installation accessible to audiences during non-performance hours. At scheduled times, visitors were able to enter the installation and activate the space with composer Stephan Moore’s sound. Puerto Rico-born and Brooklyn-based director/choreographer Yanira Castro collaborates with a core group of performers and designers to create hybrid performance works that integrate movement, installation, music, text, and visual elements such as film and video. She is the director of a canary torsi, an organism engaged in the creation of multi-disciplinary art collaborations.

Wilderness was commissioned by Dance Theater Workshop’s Commissioning and Creative Residency Program and by the American Music Center Live Music for Dance Program. 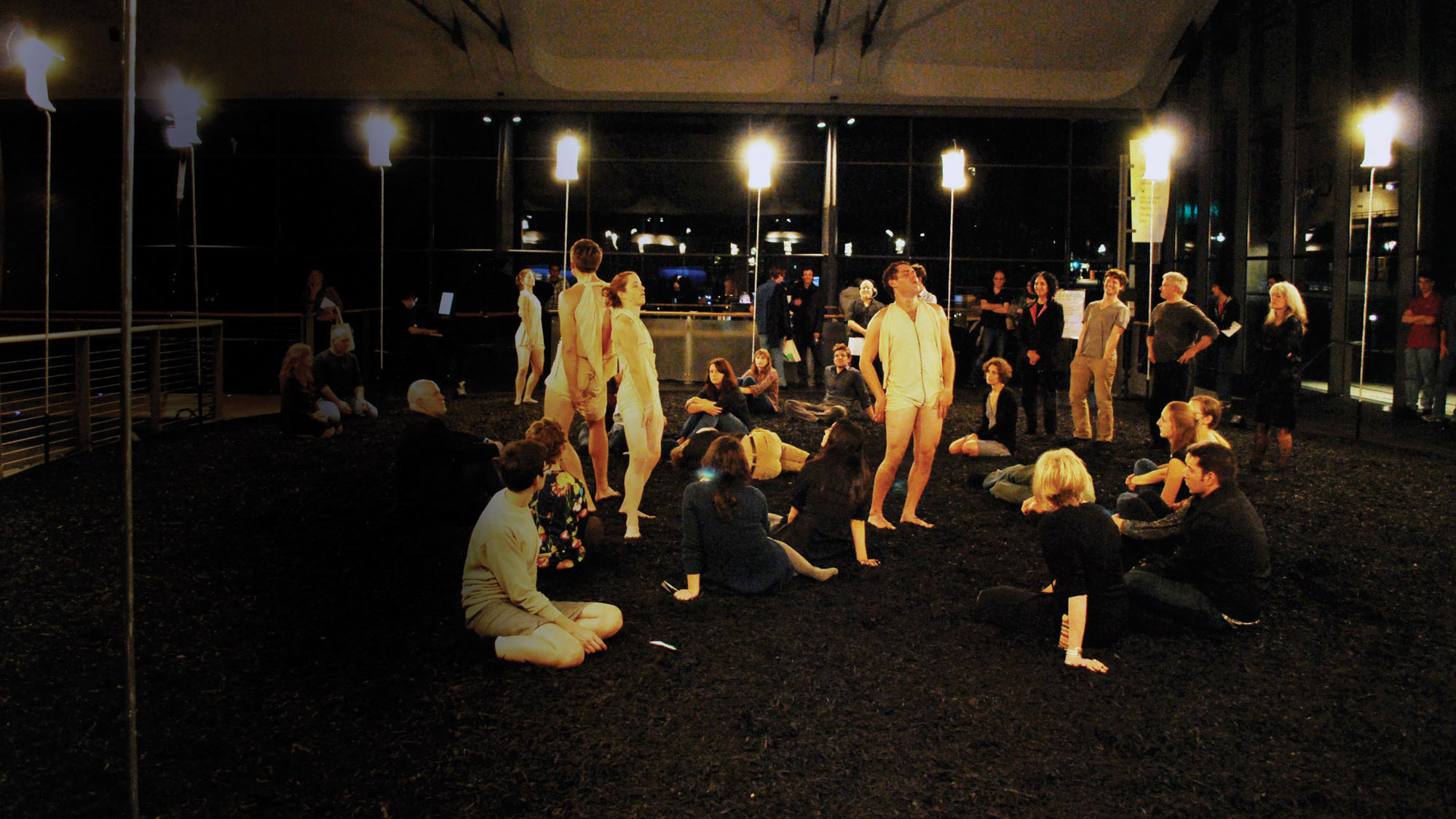