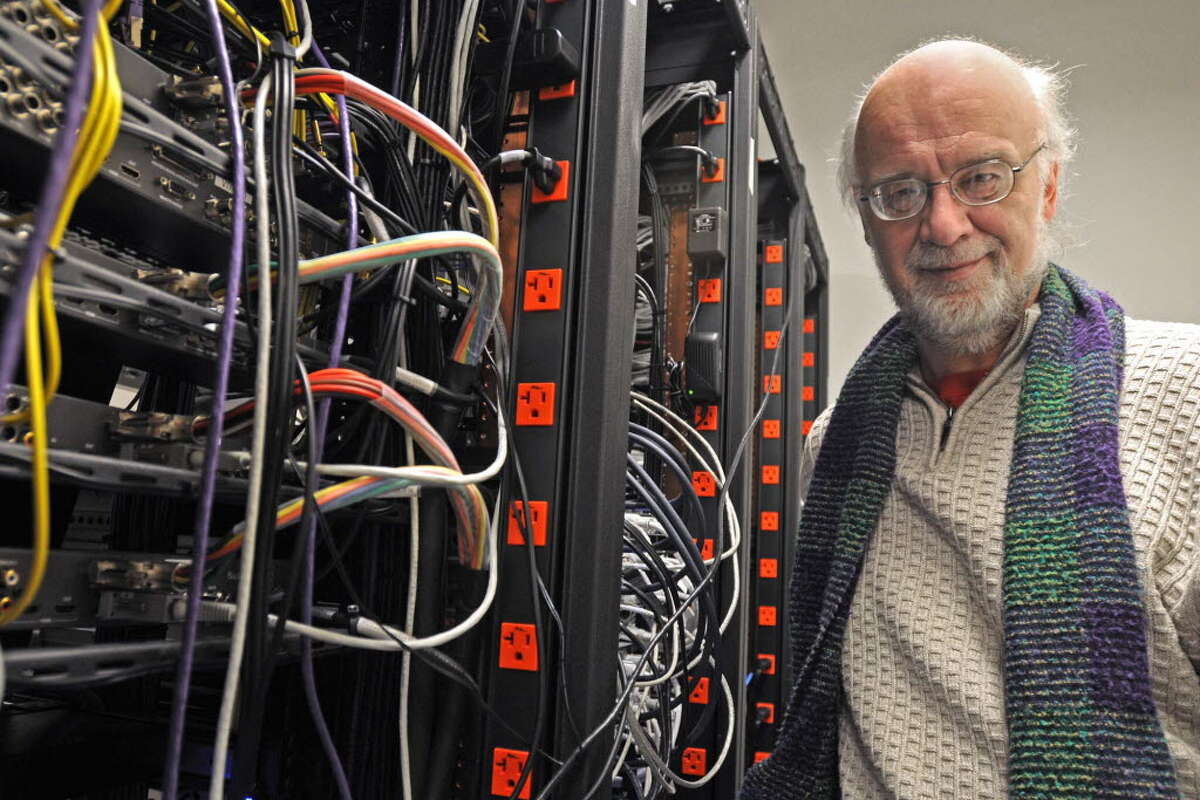 Johannes Goebel, hired as a consultant 2001, became the RPI facility's director in 2002, six years before it opened as an arts incubator, research space and campus venue
News Type
News

TROY — Johannes Goebel, a champion of computer music in Germany who was hired at Rensselaer Polytechnic Institute in 2001 as a consultant on what was described as the world's first university-based center for technology and the arts before being named its founding director the following year, is retiring in November from the Experimental Media and Performing Arts Center.

Although common knowledge within some arts and RPI circles in recent months, Goebel's departure is not being officially announced until this week, he said in an interview on Monday.

He wanted to retire from EMPAC last year, he said, but Shirley Ann Jackson, the longtime RPI president who hired Goebel after meeting him in his role as co-founder of an arts and media technology center in Germany, convinced him to stay until her own departure. She stepped down in July after 23 years.

Quoting a late-16th-century madrigal he once sang with a choir, Goebel, now 72, said of his urge to leave EMPAC, "Not long youth lasteth, but old age hasteth." He intends to return to his native Germany, he said, where he will continue in technology and the arts.

"To me, retirement means I will work without getting paid for it," he said.

“Johannes has made a great contribution to the university by leading the creation and management of EMPAC, which has become iconic at RPI and worldwide,” the university's president, Martin A. Schmidt, who succeeded Jackson, said in a statement.

The draft of an EMPAC-prepared announcement about Goebel's retirement cited as among his accomplishments the "hundreds of newly commissioned works, production residencies and performances" hosted and presented at the facility since its 2008 opening.

“With the team at EMPAC, Johannes has given me so many opportunities in those wonderful studios to make things I would never have gotten a chance to do, to develop, to create," said Laurie Anderson, an avant-garde musician, artist, composer and filmmaker who has been coming to RPI since 2009 and whose dozen residencies make her its most frequent guest. She was named a distinguished EMPAC artist-in-residence in 2015.

"I especially appreciate his ... confidence in the experimental,” Andersen said in a statement provided by EMPAC.

Although the EMPAC building — a striking, 220-000-square-foot glass rectangle emerging from a hillside to overlook downtown Troy — includes a 1,200-seat concert hall with world-class acoustics and various other performances studios and venues, it was not created with the ticket-buying arts public in mind.

Instead, it has a three-part mission that was conceived, devised, developed and led by Goebel over 20 years. It includes residencies, by individual artists or companies of up to 20 people, who are on campus for days or weeks at a time to use EMPAC resources; combined artist-days on campus annually total about 450, Goebel said. Sometimes there were public performances, often not. Another component is offering EMPAC's state-of-the-art technology and facilities for scientific and engineering research, including the interaction of people with artificial intelligence for collaborations like a five-year program between RPI and IBM called the Cognitive and Immersive Systems Lab. Finally, EMPAC provides space for about 370 campus events annually for the RPI community, Goebel said, bringing the number of people who pass through it every year to 40,000 to 45,000.

EMPAC was born of a $360 million gift in 2001 from a donor whose identity still has yet to be revealed. It was at the time the largest single donation to an American university. Originally set to cost $50 million for a construction project that included 215 anchors fastened 200 feet into the bedrock to keep the building from sliding down its hill, EMPAC grew in scope to a final tab of $141 million, according to published reports. After an alum donated $40 million in 2004, the facility, still four years from opening, was named after him, becoming the Curtis R. Priem Experimental Media and Performing Arts Center.

After a year as a consultant, to help with the original conceptualization of the eventual building, its systems, operations and programs, Goebel was named director in 2002. Among his first moves was to insist on the hiring of curators for different artistic disciplines. There are currently three, for time-based visual art, music, and theater and dance. To plan for Goebel's departure, two positions of associate director were established, one for arts and one for research.

"I created a long transition plan because I knew the new president would have bigger fish to fry than EMPAC," Goebel said.

With the associate directors in place, "EMPAC will be able to continue with the current direction of the programing," Goebel said. Referring to Schmidt, who succeeded Jackson in July, Goebel said, "I've met with Marty, and he's agreed to the transition phase with the budget that is in place. ... I hope they continue in this direction, but that is outside my purview."

Schmidt said, “We are currently developing plans for EMPAC to build upon its enormous success in research and performance.” 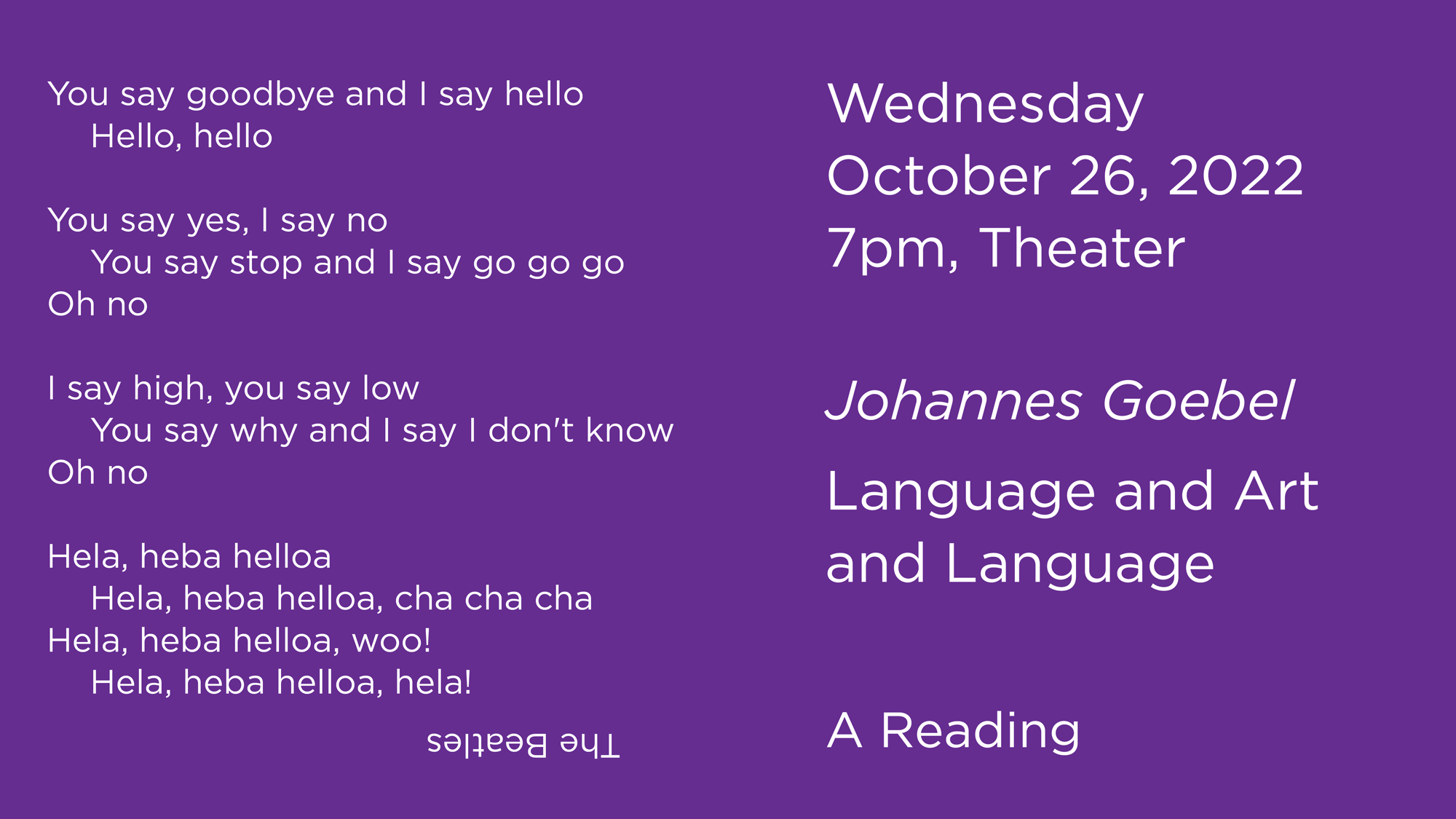 Language and Art and Language