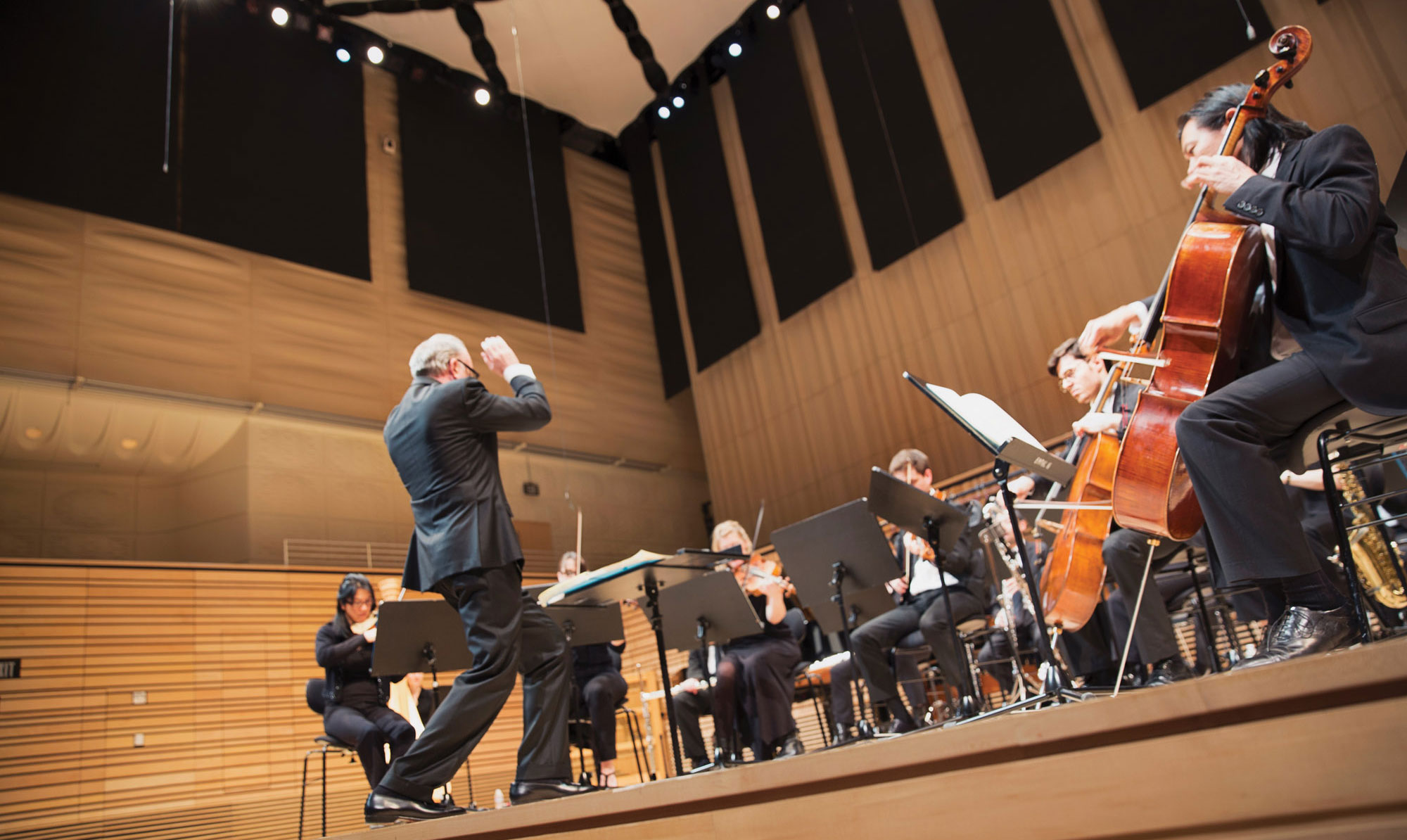 Speicher, an evening-length concert work by German composer Enno Poppe, is a project that was in development since 2008. Premiered at the Donaueschingen Festival in 2013 to widespread acclaim, Speicher pushes its 22 players to their interpretative and technical extremes. Complex rhythms, microtonal intonation, and nuanced textures combine to create a rich and detailed work of ambitious scale and scope. Poppe says the following about the piece:

“Musical phenomena are never abstract. The idea behind Speicher is the search for extremes—extreme condensation, thinning, acceleration, broadening. For the piece to be able to continue and remain interesting, it is important—besides diversity—for the audience to be able to recognize certain parts. Anything can be recognizable—a single sound as well as a complete formal structure. Therefore it seems less important to keep inserting new ideas into the piece but rather to create an unpredictable network of derivations. The next step would be to be able to foresee what will happen next. Thus, an active way of listening would be created. But, in a reservoir [‘speicher’], things always get into a mess anyway.”

Enno Poppe’s music, which he summarizes as “dented nature,” grounds itself in compositional guidelines influenced by acoustics, biology, and mathematics. As his composition unfolds, he gradually disobeys his own rules, contorting material to create an unstable, constantly evolving, almost hallucinatory atmosphere of unexpected sounds.

A US premiere, Speicher was presented in the Concert Hall, featuring the US-based Talea Ensemble.