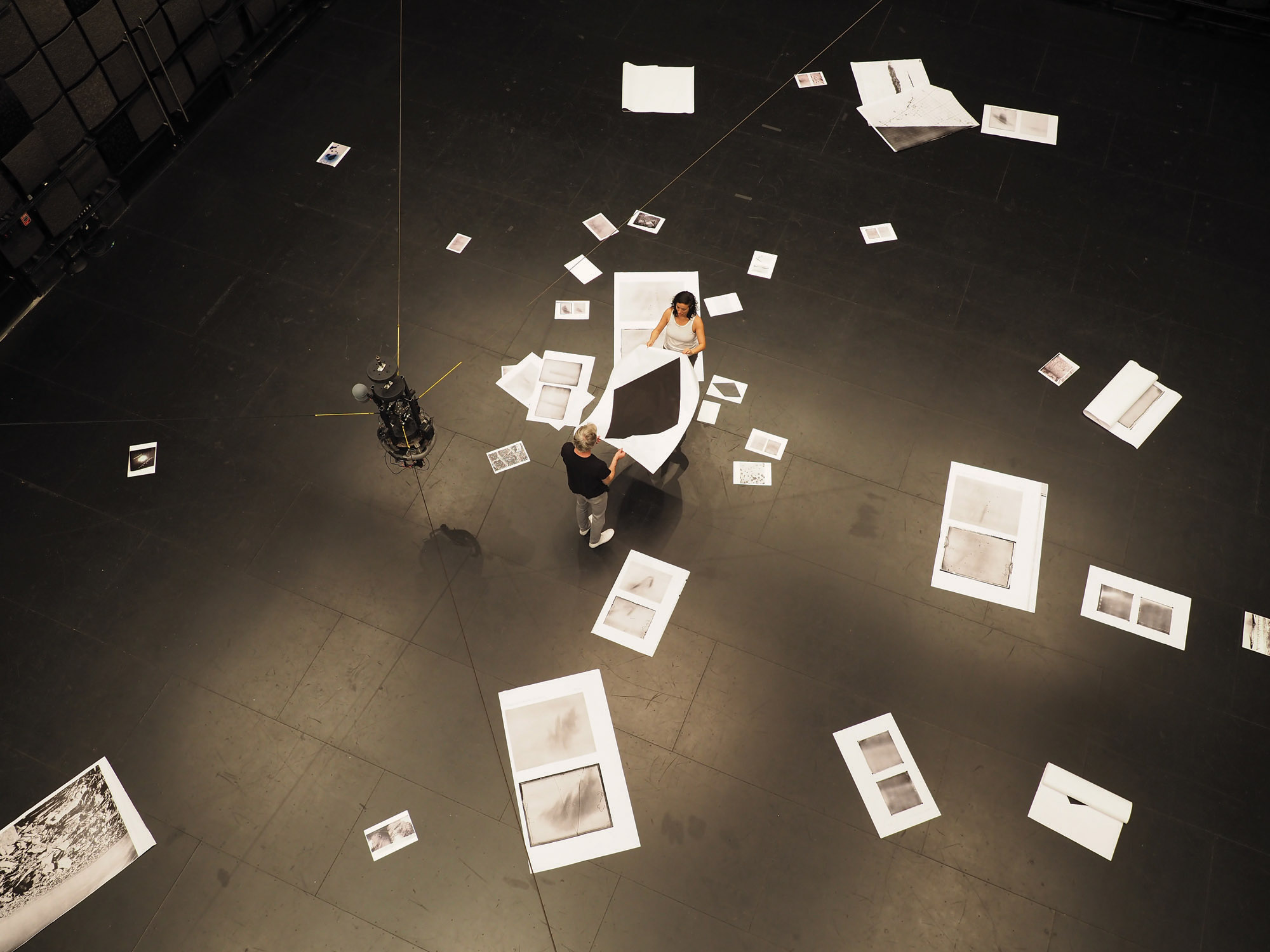 One can make out the surface only by placing any dark-colored object on the ground is a performance that used navigational techniques to choreograph the interaction of a moving camera with two performers.

The title refers to how one can travel in polar whiteout conditions by placing an object on the ground and continuing to place the object in front of you as you move forward. By this successive act, a pattern is formed, which can be viewed as a visual score for performance. Inspired by the graphic scores of Morton Feldman that explore musical composition as spatial terrain, London-based artist Hannah Rickards approached the media infrastructure of EMPAC’s Studio 1 in a similar fashion. A cable-suspended camera was maneuvered throughout the space in relation to the performers, capturing wide aerial shots as well as close-up detail of their gestures.

This performance was developed specifically for the production environment of Studio 1 and was the only time this work was performed live. Following the artist’s residency, One can make out the surface… toured solely as a video installation.

Main Image: Production still, One can make out the surface only by placing any dark-colored object on the ground (2016). Image courtesy the artist and EMPAC.