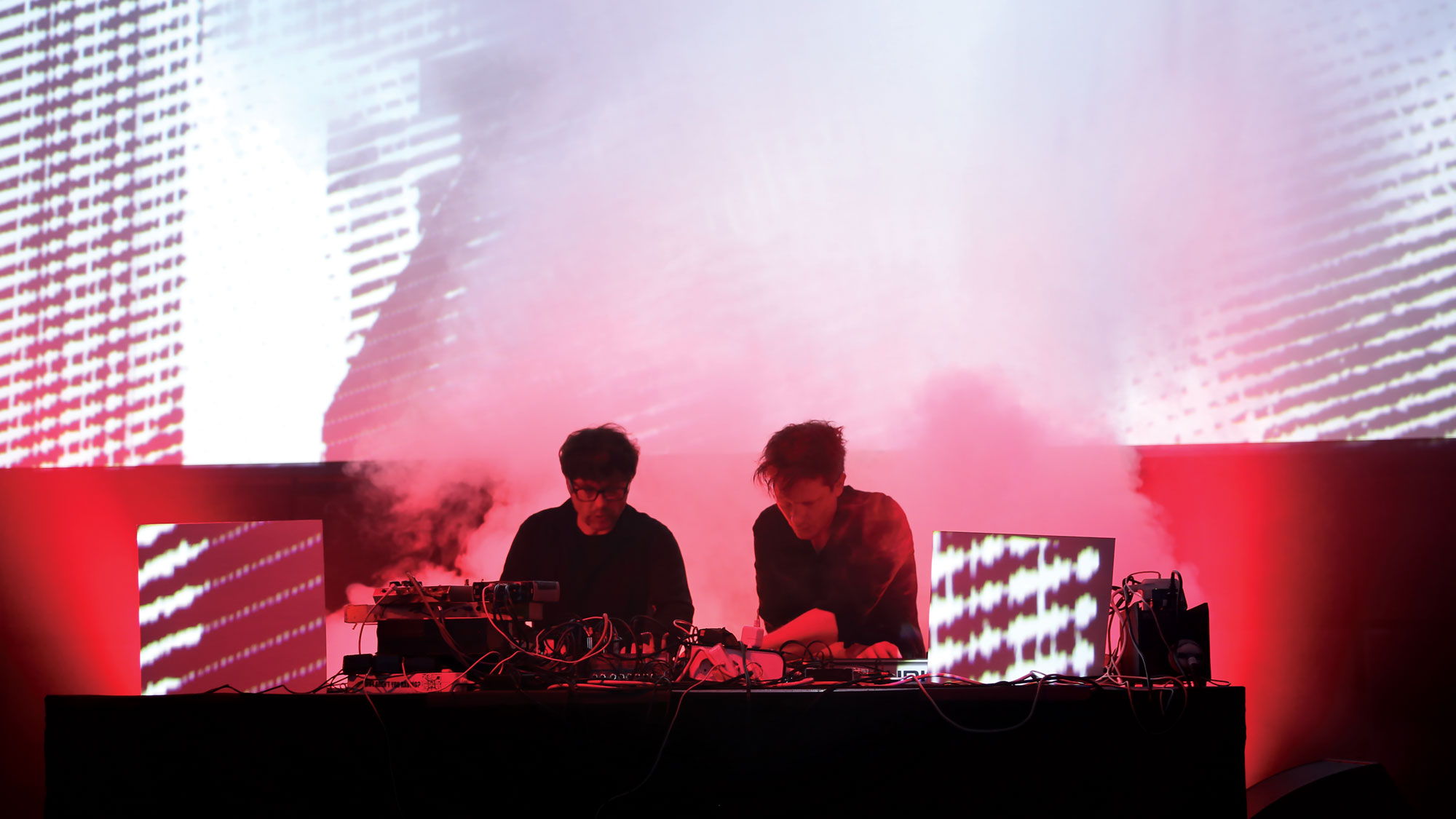 A rare US performance by Mouse on Mars, one of the most influential and innovative duos in German electronic music. This concert marked the opening of Rosa Barba’s The Color Out of Space, for which Jan St. Werner designed the soundtrack.

Since 1993, Jan St. Werner and Andi Toma have been making electronic music that defies genre labels and classification, mixing IDM with krautrock, disco, pop, ambient, and avant-garde styles. Their music has been reinterpreted by orchestras and remixed by DJs, performed in concert halls and shown in museums. Characteristically, their 21 Again anniversary record featured collaborators as diverse as Tortoise, Prefuse 73, Modeselektor, Junior Boys, and members of Stereolab, the Boredoms, and Battles. Fusing theory, sound research, and deep, sensual experience, the duo has forged an identity around process and agility rather than any set sound profile.