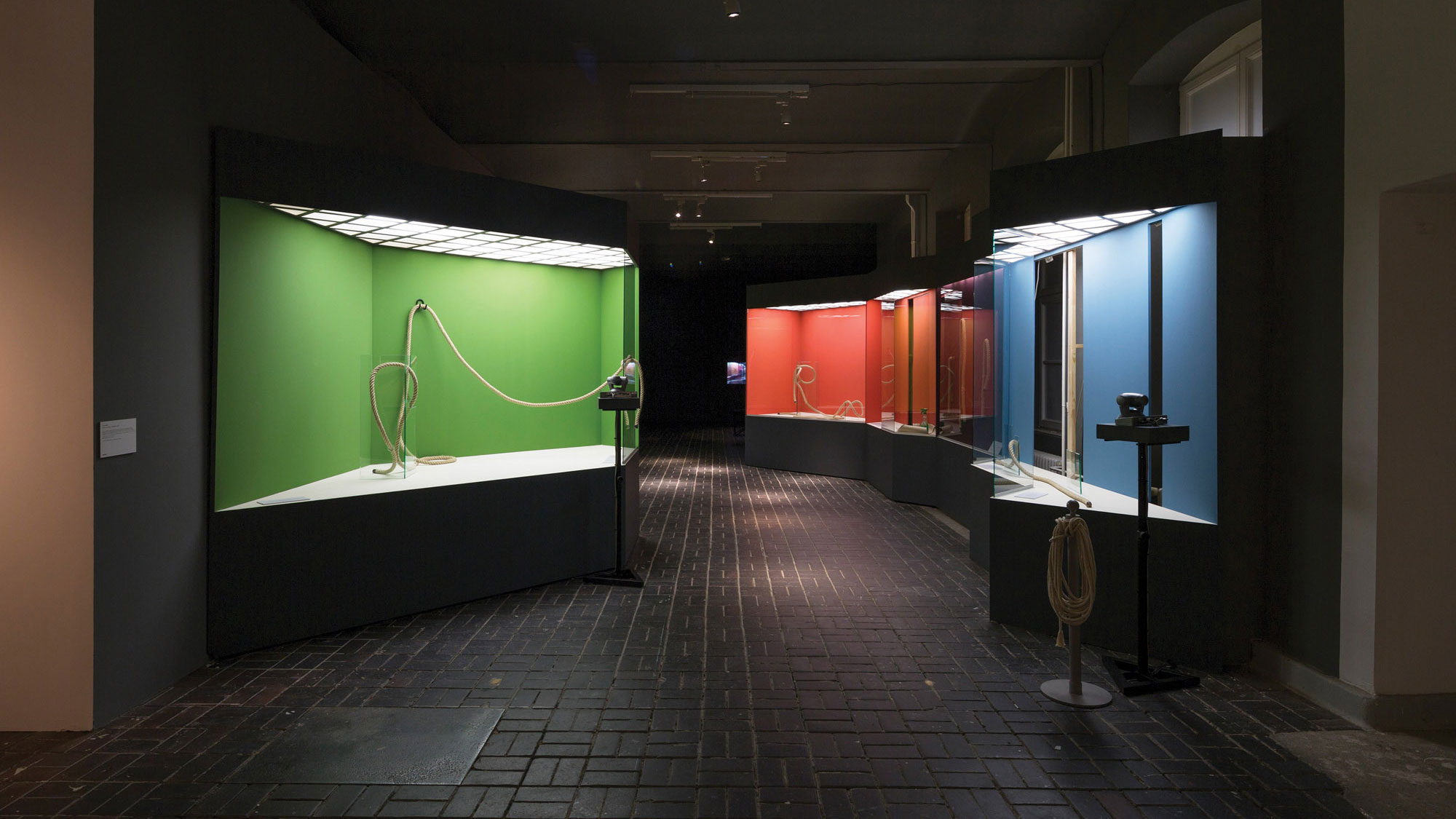 “I want to share my excitement about the aesthetics and ethics of camera motion, yet without leading you astray. It's a subtlety: you must not picture something moving, but rather the motion itself. It's a bit like hearing music without seeing notes or an instrument (which would be called acousmatic sound) but still sensing the shape of the melody.” —Judy Radul, 2014

Judy Radul will be in residence at EMPAC to develop her technical approach to computer-controlled video installation. Her artist’s research draws on the technical, theoretical, and applied study of camera motion and present-time image production (live video feed). The artist will present her in-progress research, asking, “What is the meaning of camera motion, and what are the potentials of new technologies to help us reflect and intervene in these meanings? This inquiry into camera motion as the subtle carrier of the image is in the context of a daily life saturated with cameras and screens, each of us conscripted by our devices to document and disseminate but rarely to deliberate on their effects.”

Judy Radul was born in Lillooet, British Columbia, Canada. Her interdisciplinary practice has recently focused on video installation but also includes sculpture, photography, performance, and mixed media installations. Her latest works involve an original computer-controlled system for live and pre-recorded video. Her work, Look.Look Away. Look Back, was shown in the Berlin Biennale 8 (2014). Her large-scale media installation World Rehearsal Court (2009) has been shown at the Morris and Helen Belkin Gallery, U.B.C. Vancouver; the Generali Foundation, Vienna; Media City, Seoul, South Korea and Henie Onstad Art Center in Oslo, Norway. Related to this project, with Marit Paasche she co-edited a book of collected essays and images, A Thousand Eyes: Media Technology, Law and Aesthetics (Sternberg Press, Berlin, 2011). She has a BA in fine and performing arts from Simon Fraser University and an MFA in visual and media arts from Bard College, New York. She is represented by Catriona Jeffries Gallery and teaches at Simon Fraser University. In 2012-13 Radul was a guest of the DAAD Artist-in-Berlin Program.