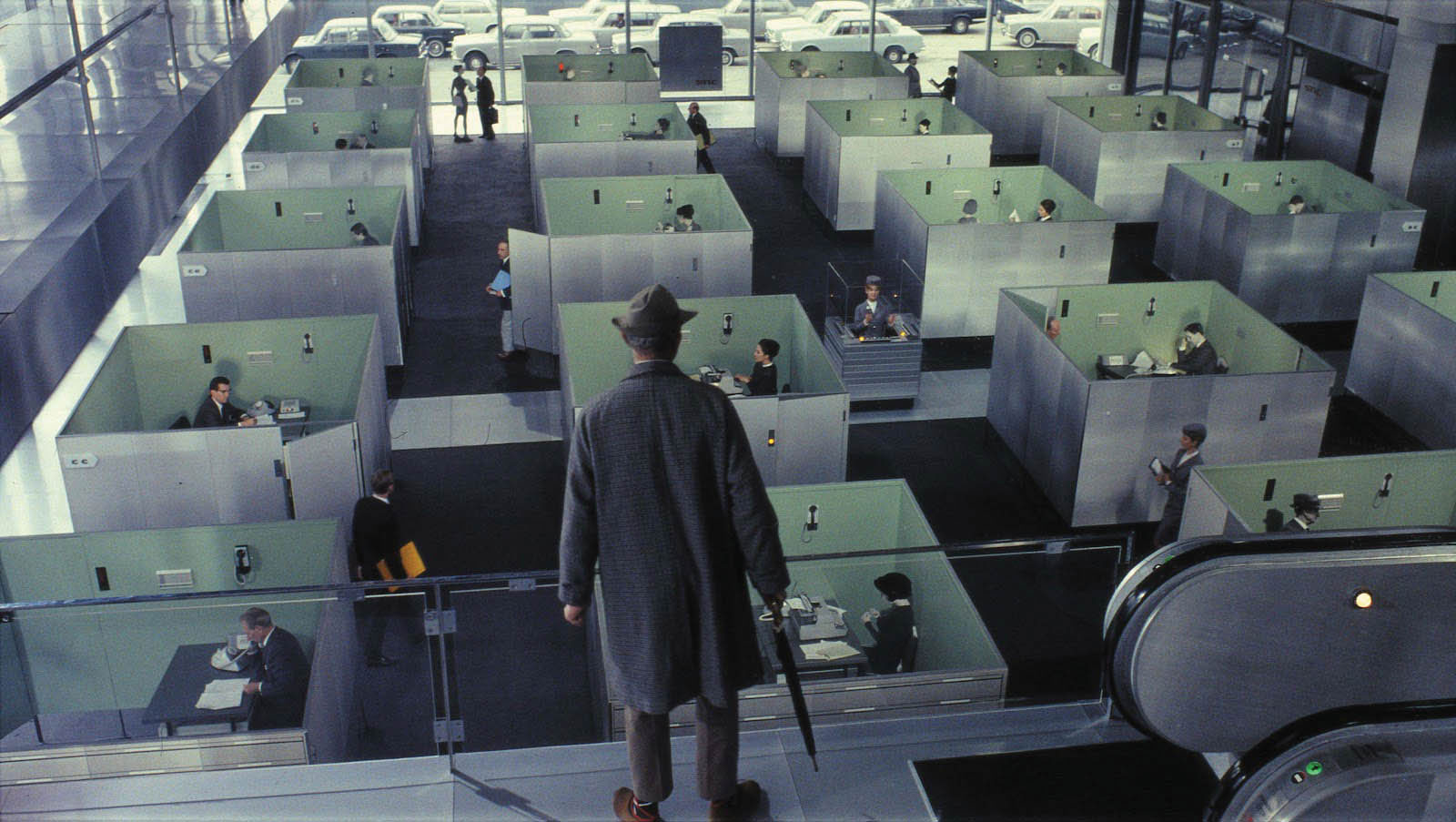 Playtime is a hilarious and gloriously choreographed cinematic masterpiece about the modern city and the confusion it creates. Jacques Tati’s final film, Playtime took three years to complete and famously bankrupted its director. The film follows Monsieur Hulot through a series of absurd scenarios that turn a critical eye on commercialism, entertainment, mass media, tourism, and modernist architecture. Shot in 70mm, Tati constructed a film set so elaborate that it became a facsimile of a functional city. Playtime will be presented on an outdoor screen on the hill alongside the glass curtain wall of the EMPAC building. 4/2 UPDATE: Due to the winter that won't die, we will be screening Playtime in the warmth of Studio 1 and it will remain FREE! The film series A Door Ajar, presents enigmatic films that refuse cliché cinematic endings where the hero rides off into the sunset or the wayward soul finds eternal redemption. Instead, these films revel in openness, leaving the door ajar for interpretation after the film ends. The series looks at perception, the desire to create meaning, and the reach for conclusions. Oraib Toukan and Ala Younis's From the impossibility of one page being like the other will be screened prior to Playtime, as part of the Frieze Film series.