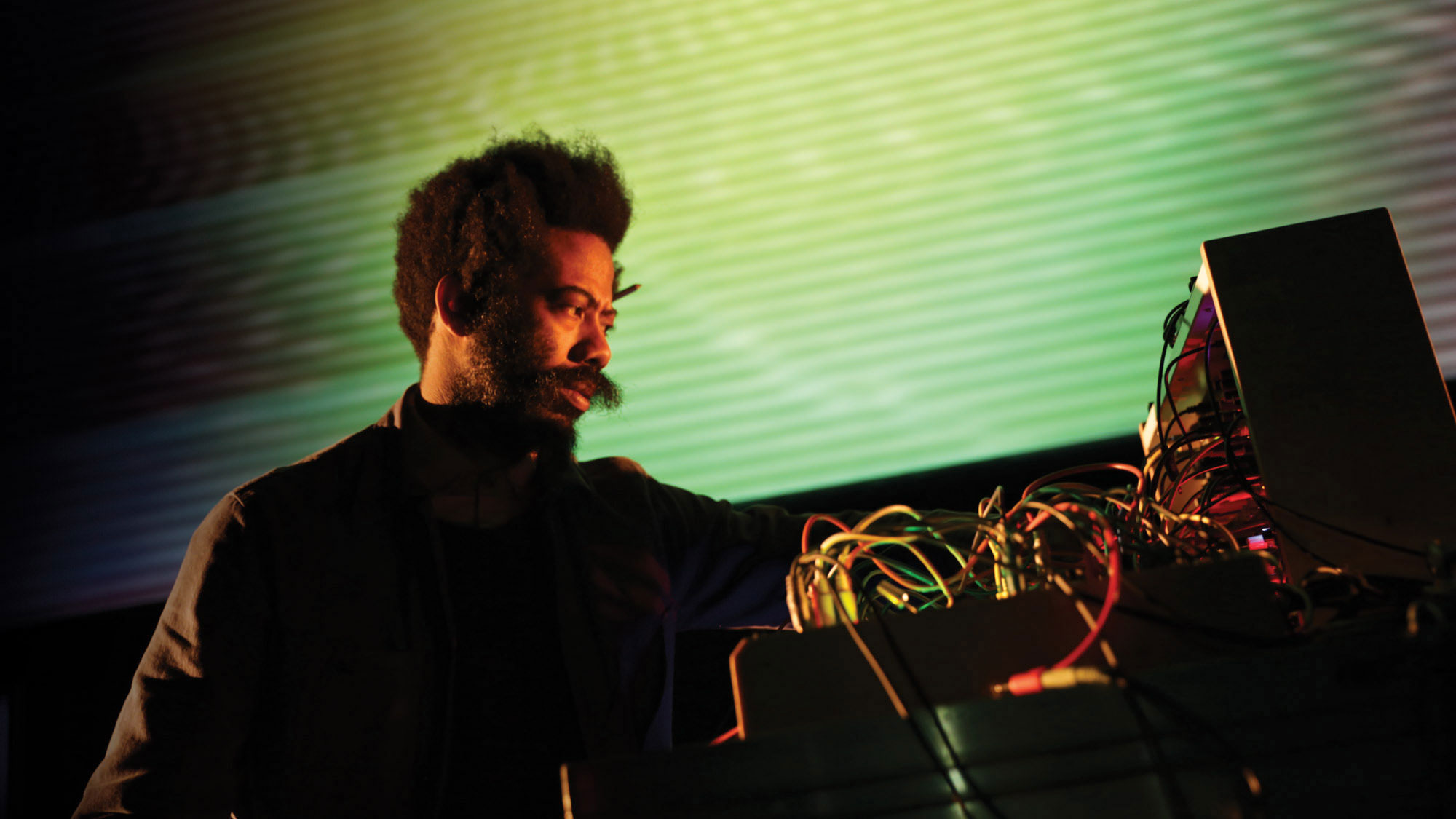 “The diamond is the product of the degeneration of the peradam by a sort of quartering of the circle or, more precisely, cubing of the sphere.”

Peradam was a new audio and visual performance that intertwined voice with synthetic sound and image. Created in residence over three weeks, the artists worked in collaboration; using real-time synthesis, Ratté modified live video while Lowe used his voice as the source of his sonic manipulations. Inspired by René Daumal’s novel Mount Analogue, the first work of literature to use the word peradam to describe “an object that is revealed only to those who seek it,” Lowe’s composition for the modular synthesizer focused on the texture of a consistent equilibrium between the peak and valley of a sound wave to create a heightened experience akin to ecstatic music.

Robert Lowe is a Brooklyn-based artist, composer, and multi-instrumentalist working with long-form improvisation utilizing voice and modular synthesis. The creation of ecstatic forms has been the focus of collaborations with Doug Aitken, Tarek Atoui, Lee Ranaldo, Ben Russell, Ben Rivers, Lucky Dragons, and many others.

Sabrina Ratté is a Montréal-based visual artist whose videos create virtual environments where architecture and landscapes fall into abstraction. Her work is also inspired by the relationship between electronic music and the video image, and she often collaborates with musicians.