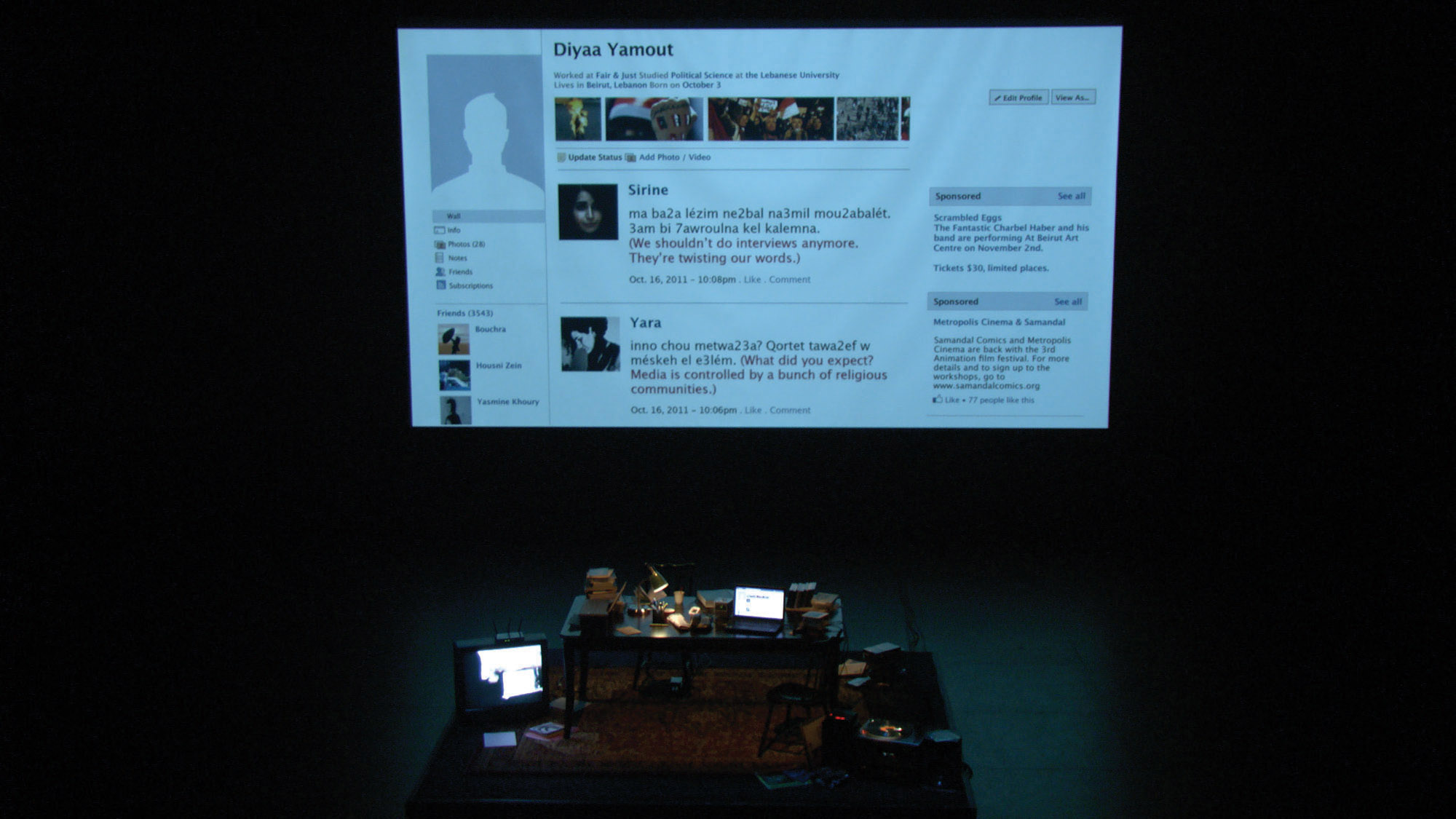 “They are to Beirut what the Wooster Group is to New York: a blend of avant-garde innovation, conceptual complexity and political urgency, all grounded in earthy humor”

This semi-documentary performance without actors reconstructed the final moments of a young Lebanese man who takes his own life and, in a farewell letter, declares that his reasons are personal and have nothing to do with politics. The young man is dead, but everything in his bed-room lives on—the television, the answering machine, the computer—vibrating and communicating. Time pauses and begins anew; history is pieced together—never constructed, of course—from so many fragments of communication.

Mroué is a Lebanese actor, director, and playwright whose work draws attention to issues and events in the Middle East. Winner of the 2010 Spalding Gray Award, his work pits facts against made-up truths and propaganda imbued with a visual sensibility honed from years as a visual artist. Saneh is a theater maker, who in addition to collaborating with Mroué, writes and directs works utilizing physical theater as a way of addressing how our bodies are imprinted by sociopolitical conflicts and contradictions in the Middle East.

In Other Words included six artists who delivered lecture-performances, juxtaposed with talks by six thinkers in order to cross boundaries and make dialogue a continuous process of renewal.