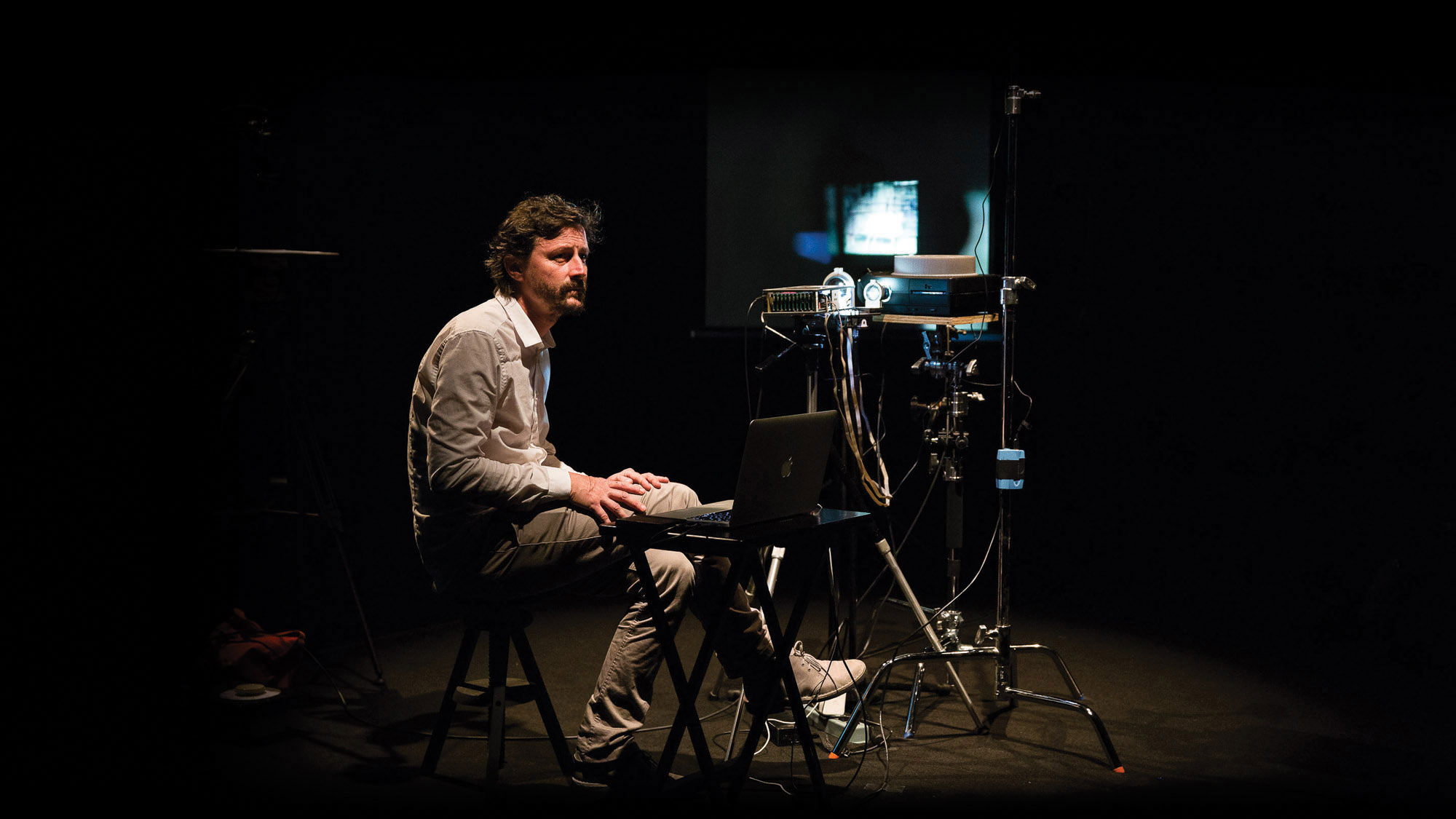 In his performances and installations, Julien Maire moves between the habits of visual perception and new ways of looking, and the confusion between reality and illusion. Through experiments enacted in front of an audience—mechanical, electronic, graphical, sculptural, chemical—Maire presents “an emptiness that is not transparent.”

In Open Core, Maire revisited public demonstrations of anatomic dissection from the 16th century with a presentation in which he deconstructed cameras; the machines’ organs are then transplanted to gradually build new instrument prototypes.

To Sublimate was a lecture-presentation where Maire staged experiments in search of a “blurry matter”—closely related to speed and optics, philosophy, and mathematics.

A visual and performing artist, Maire’s work deconstructs and re-invents the technology of audiovisual media. He renews obsolete cinematic techniques and develops alternative interfaces to produce moving images. His research confronts immobility and movement, reality and fiction, and interrogates the notion of time and memory in the film image. Maire’s performance Digit and the installation Exploding Camera both received an honorary mention at Ars Electronica 2007. His work has been exhibited at venues such as the French Pavilion, 25th Alexandria Biennale, Egypt; Behind the Image, Artefact Festival, Belgium; 5th Seoul International Media Art Biennale, Seoul, Korea; and Elandscapes, Eart Festival, MoMA Zendai, Shanghai, China.