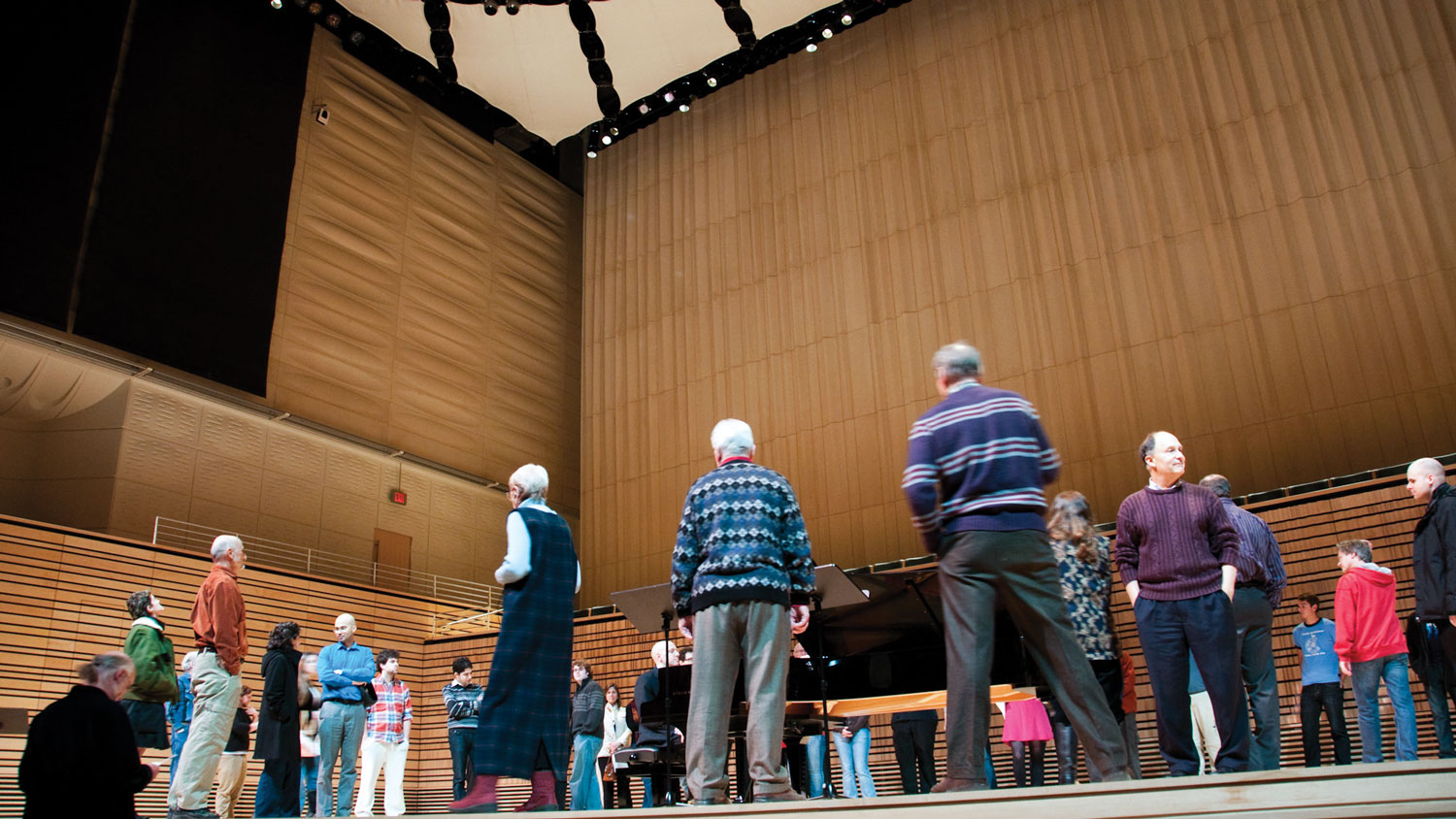 SOLOS^2 was a performance that demonstrated the acoustics of EMPAC’s Concert Hall (designed by Grimshaw Architects with acoustical consultants Kirkegaard Associates). Subtitled Sopranos + Piano, the concert featured Gaudeamus Prize-winning soprano Tony Arnold, soprano Haleh Abghari, and pianist Jacob Greenberg performing short works from the medieval, romantic, and contemporary eras. Unlike typical recitals, the musicians performed from a variety of vantage points—above the fabric canopy suspended over the Hall, as well as the front and rear balconies. The audience was encouraged to move around the space while the performance was happening to better experience the acoustics, and to hear the music from the performer’s perspective by standing next to the pianist as he played. Greenberg played a Debussy etude twice, first with the Hall in its natural state, and second with motorized fabric panels—designed to variably “tune” the space—lowered to demonstrate the audible change in reverberation. The finale, a Schubert duet, was also performed twice, first with the sopranos on the far extremes of the stage and then together in the traditional spot in front of the piano.