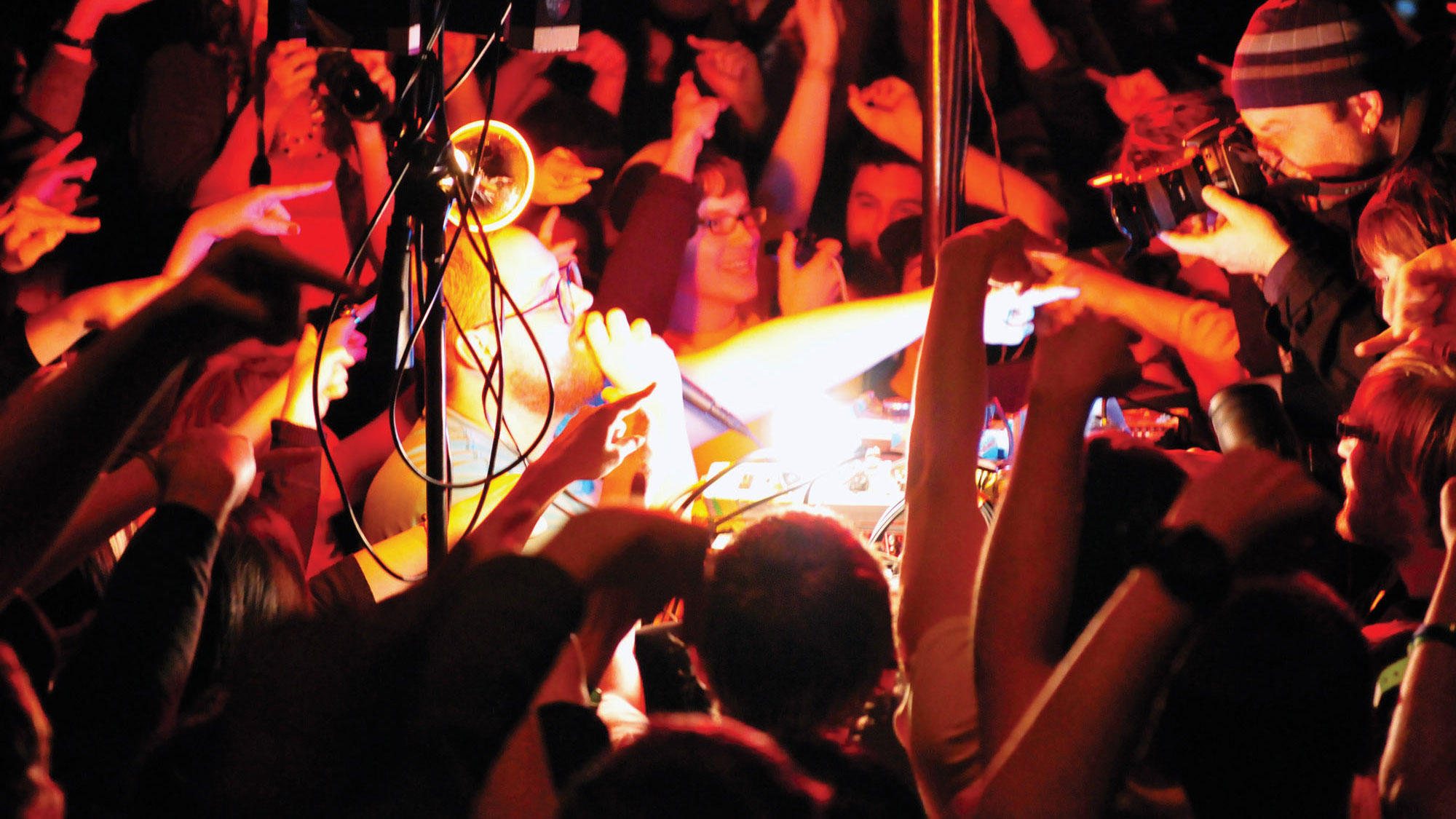 If any one band can heal the rift between the raw and the cooked, artifice and intensity, it's Extra Life. The brainchild of composer and virtuoso guitarist Charlie Looker, the Brooklyn-based quintet plays songs in which zig-zagging guitar lines give way to sudden, dramatic silences and a voice as pure as a choirboy's soars above a rhythm section from hell. Extra Life is “scarily focused and ruthlessly complex . . . with a dark, sumptuous art-pop vibe,” says Time Out New York. “The end product is relentless, enveloping and frequently gorgeous." In the course of his career, Baltimore-based Dan Deacon has evolved from a producer of hypnotic, wordless electronica to a galvanic showman who flails audiences into ecstatic motion. He'll be making good on his thwarted (we're glad he's better) attempt at shaking EMPAC's studios with a wave of exuberant indie noise dance with cohorts Nuclear Power Pants, whose latest album was described as “a warping, Salvador Dali-surreal glob of sneering synth[s]… and dinky, Dark Meat-esque noisemaking.” (City Paper) Nuclear Power Pants have unfortunately cancelled due to the inclimate weather further down the east coast.