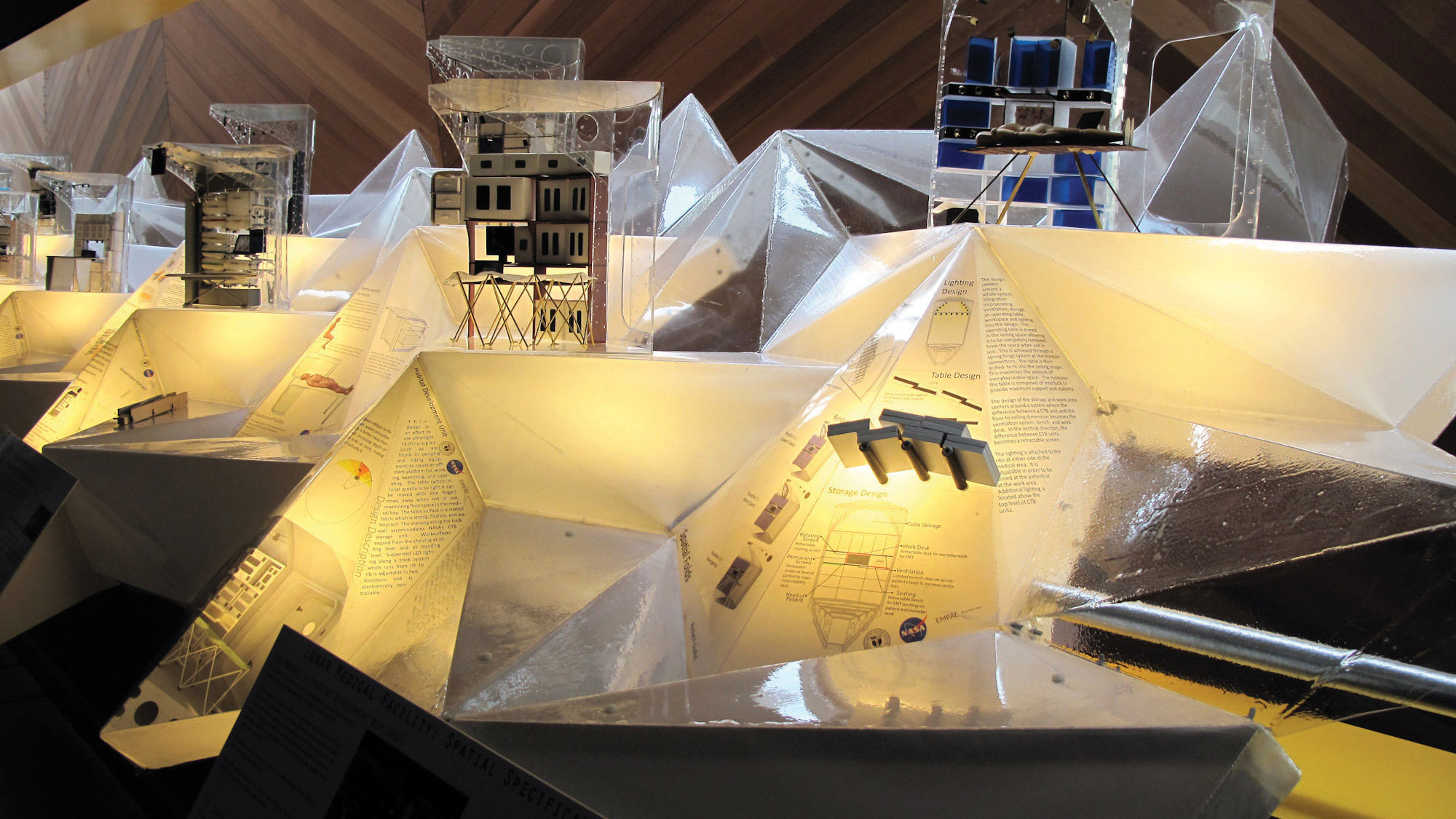 As NASA renews its quest to build settlements on the moon, and eventually on Mars, it is commissioning a series of design studies for the components of such settlements. The challenge of designing a lunar medical center fell to Rensselaer Polytechnic Institute’s School of Architecture and Department of BioMedical Engineering and its students. Now the results of that design studio are on display in “Inhabiting Other Worlds,” an exhibition of schematic studies for an “ER in a box” meant to operate beyond earth orbit. Developed under a commission from the Habitability and Human Factors Branch at NASA/Johnson Space Center in Houston, these visionary design proposals anticipate the clinical and research protocols that will be used on the moon, and perhaps beyond. The best of them will be incorporated into a full-scale prototype lunar module that will be tested in the Arizona desert this August. “Extraterrestrial Medical Workstation” is a scientific response to the same problems that inform the artworks on display in “Dancing on the Ceiling,” which is running concurrently in EMPAC’s public spaces: How do we visualize the impossible, and in so doing, bring it into the realm of the possible?