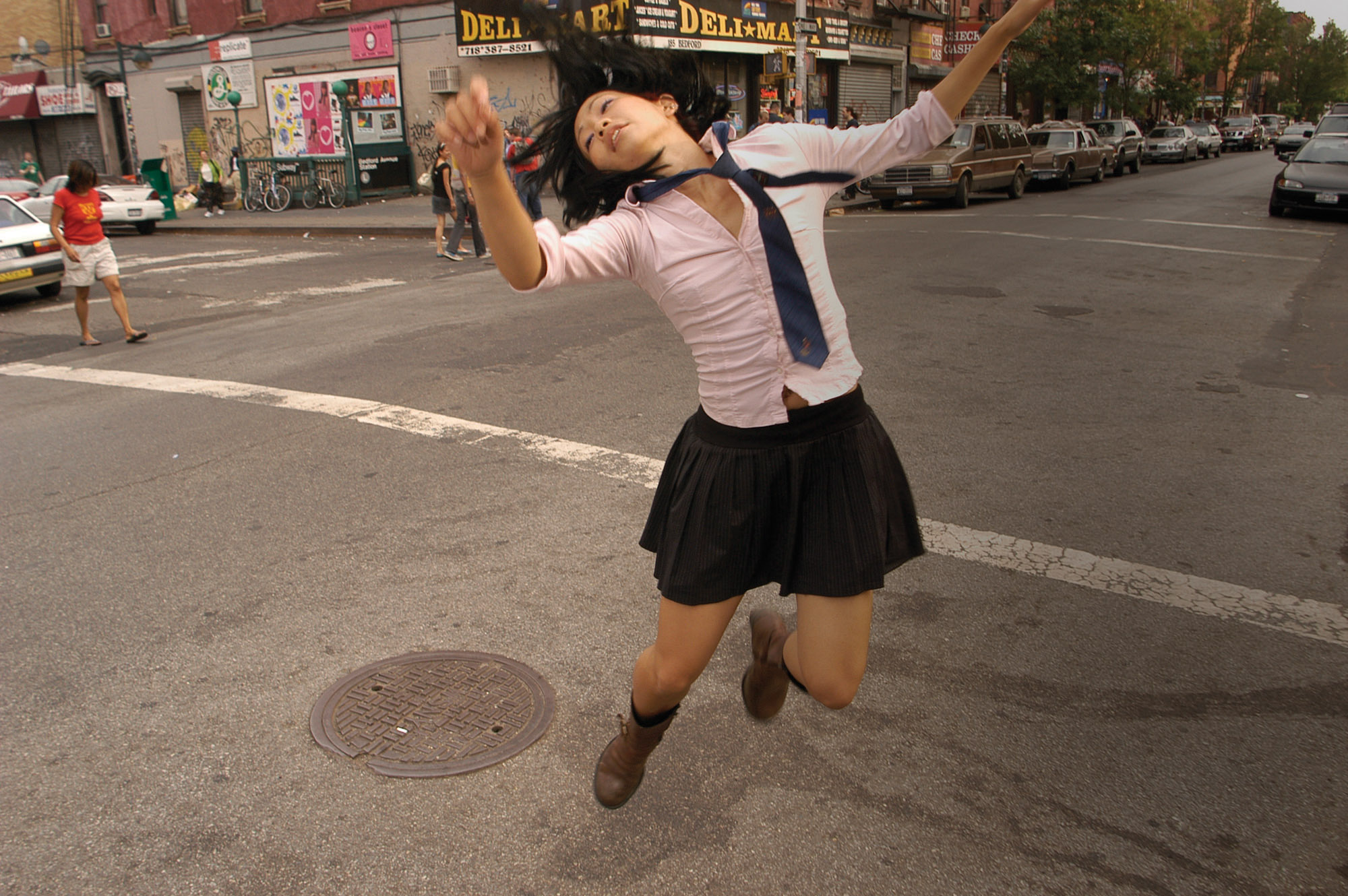 DANCE MOViES: An ongoing EMPAC series showing the latest, daring work made by contemporary dancers creating short films and experimental videos. This selection of international films presents an intimate take on urban life, as filmmakers turn to the cityscape for inspiration. The fourth in the ongoing DANCE MOViES series, Street Wise presents short films and videos by directors and choreographers from the UK, Japan, Australia, Switzerland and the US. With dancing in the streets, mischief in the deli, head-on collisions in the kitchen, and tango in the back alley, these films are shot where street smarts and dancing feet collide. Including a music video from Radiohead, a taste of the new urban sport parkour, as well as a few of the best examples of the dance film genre. An additional treat is the pre-show screening of Marta Renzi's 1981 gem You Little Wild Heart, which follows a footloose gang as they dance at full tilt through the back streets of NYC. This film was made for TV and was a potent harbinger of the iconic movie, Flashdance (1983). Come early to catch this ride!

1996, 5', (UK) Directed by Jonathan Glazer Featuring Radiohead Courtesy of EMI A sense of mystery and darkness shroud the trailer park of Radiohead's Street Spirit, where people seem suspended in a timeless space.

2004, 7.5', (UK) Directed by Billie Cowie Choreographed and performed by Liz Aggiss In a white room, a woman plays out a series of variations on the themes of space, orientation, punk and tagging.

2006, 4.5', (USA) Directed by Mike Yamrus Traceurs: Brian Belida, Billy Hughes, Leon Mederos, Jesse Woody This short video is a collaboration between a filmmaker and a group of parkour runners in the D.C area. Founded by Frenchman David Belle, parkour is defined as "the art of movement", where the beauty of the movement is based in a sense of fluidity, efficiency and fearlessness. In this evolving sport/martial art/dance, the runners or "traceurs" sweep through urban landscapes with the goal of complete flow in their forward momentum - no stopping, no hesitating, no matter what the obstacle.

2004, 5', (Japan/France) Directed by Kaori Ito Performed by Kaori Ito and Jeffrey Cramrine Featuring music by Regina Spektor A girl rambunctiously yearns for her crush, then traipses through Brooklyn, NY in search of love and companionship, to the music of NY-based singer-songwriter Regina Spektor.

2004, 8', (Australia) Directed By Rowan Marchingo Choreographed by Madeleine Hetherton Performed by Rowan Marchingo and Alexandra Harrison A man revisits his empty and silent apartment. As he walks through the rooms, he sees his old self and his former life with a woman who ends up slipping away again.

1997, 26', (Switzerland) Directed by Pascal Magnin Based on the stage work by Guilherme Botelho Performed by Mikel Aristegul, Guilherme Botelho, Cendrine Gallezot, Joseph Trefeli, Kylie Walters Disfunction reigns in the interactions between couples in this magnificent film, based on the original stage production. Danced in the streets of Paris and in the bewildering architecture of the set, the dancers project powerful emotion and raw movement as they ricochet from one extreme to another.