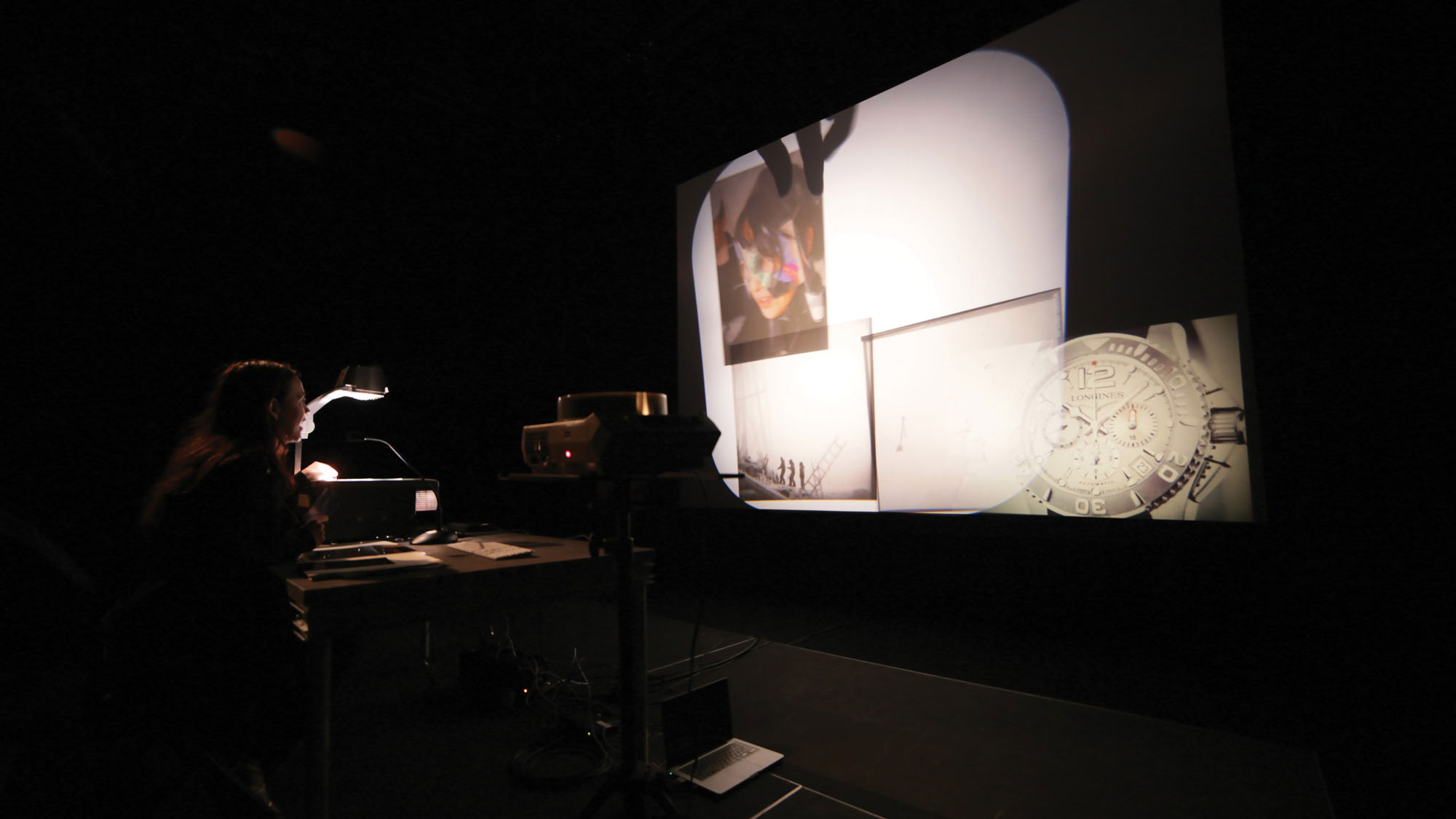 "The collective unconscious becomes very palpable when you’re in the middle of nothing. I guess that’s how mythology starts—people in a limited world, with limited knowledge. You have to invent why it thunders. The guy pumping kerosene has to be a symbol of something, because he’s doing it every day.”

The Fortunetellers is a narrative performance inspired by American artist Ellie Ga’s six-month residency on the Tara, a research boat frozen in the Arctic ice, drifting near the North Pole to gather scientific data. The work mixes live storytelling, recorded sound, still images, and film to bring new insight and intimacy to Ga’s Polar adventure. Combining her memories with a curious mix of photographs, videos, annotated sketches, maps, and travel logs she archived along the way, Ga conjures up the rituals of daily life in the Arctic night.

The Fortunetellers tells an eclectic mix of stories, from the history of the yoyo to the evolution of oceanic currents and their impact on planktonic life, all framed against a study of ancient and modern forms of fortune telling, which Ga uses as a metaphor for the past and future of the Arctic landscape.

Research and production for The Fortunetellers is funded in part by Grand Arts, Kansas City and The Royal Institute of Art, Stockholm