Please join for a listening session of a multi-authored ambisonic audio play that takes as its starting point from the acoustics of pre-modern performance sites across India. The event will be followed by a discussion with EMPAC curator-in-residence Nida Ghouse and lead audio engineer Todd Vos.

Ambisonics is an audio format with technologies developed to record, mix, and playback audio in an immersive three-dimensional soundfield. Ambisonic systems surround the listener with loudspeakers on all surfaces forming a sphere above and around the audience. With these speaker locations, a computer generates an acoustic space around the listeners, capable of producing a credible and distinct acoustic effect, for example, recreating the acoustic ambience of an ancient archeological site while being in EMPAC's Studio 1. With Ambisonics, the higher number of loudspeakers that are placed around the audience the better the rendered aural fidelity. The 37 loudspeakers distributed around the walls and ceiling grid of Studio 1 form such a "higher-order ambisonic system," in which each speaker has its own computer-processed audio channel to produce a seamless acoustic experience. The audio team at EMPAC specializes in developing such spatial audio systems.

Nida Ghouse is in residence to adapt and expand the ambisonic work central to her exhibition A Slightly Curving Place that was previously commissioned and presented by Haus der Kulturen der Welt in Berlin (2020). The project is rooted in the practice of Umashankar Manthravadi, a self-taught acoustic archaeologist and ambisonic sound recordist whose work opens acoustic portals for listening to the past. The exhibition brings together a group of interdisciplinary collaborators that includes writers, choreographers, composers, actors, dancers, musicians, field recordists, and sound, light, and graphic designers.

This expanded iteration of A Slightly Curving Place is co-produced by Alserkal Arts Foundation and EMPAC at Rensselaer. 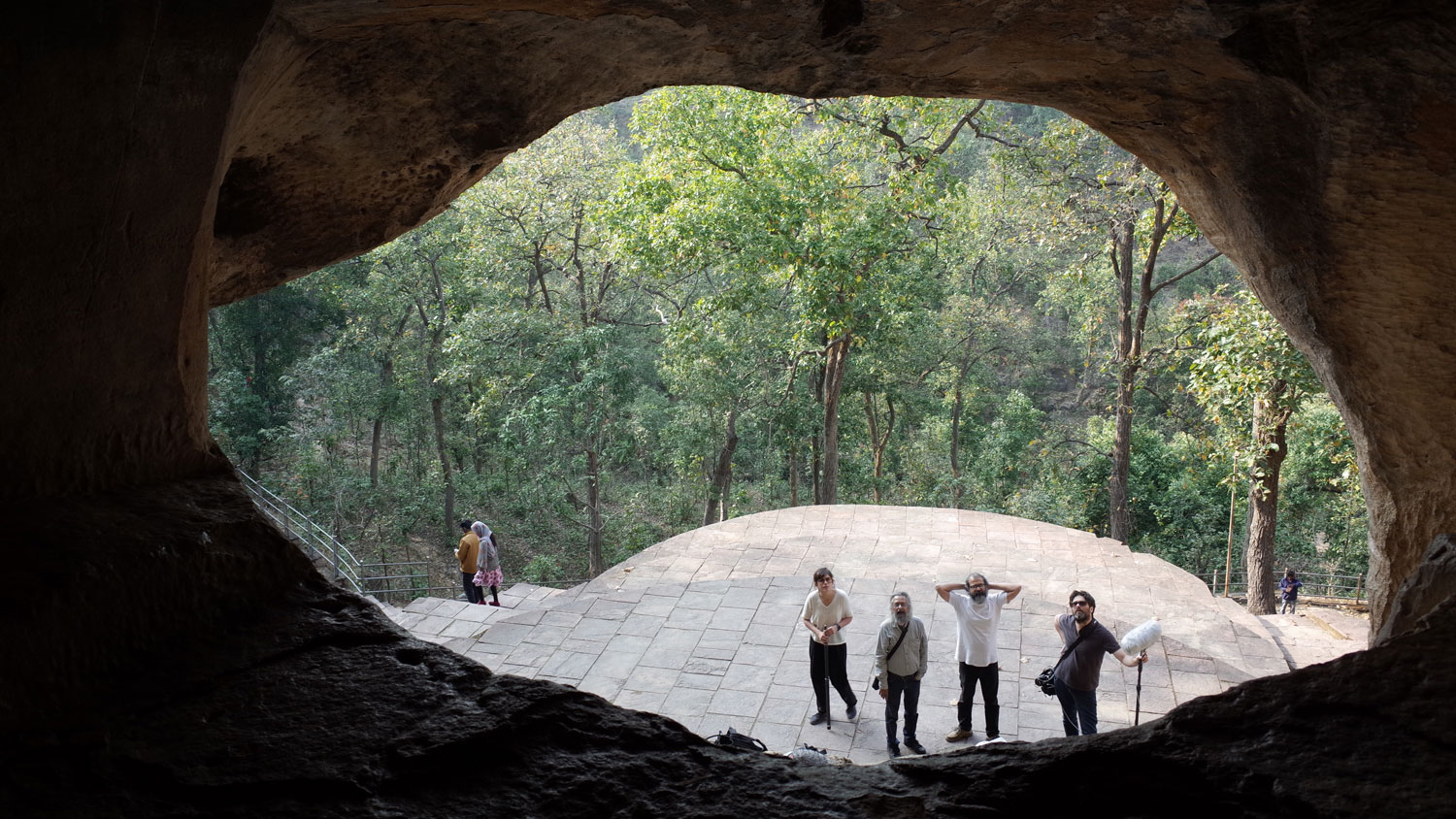