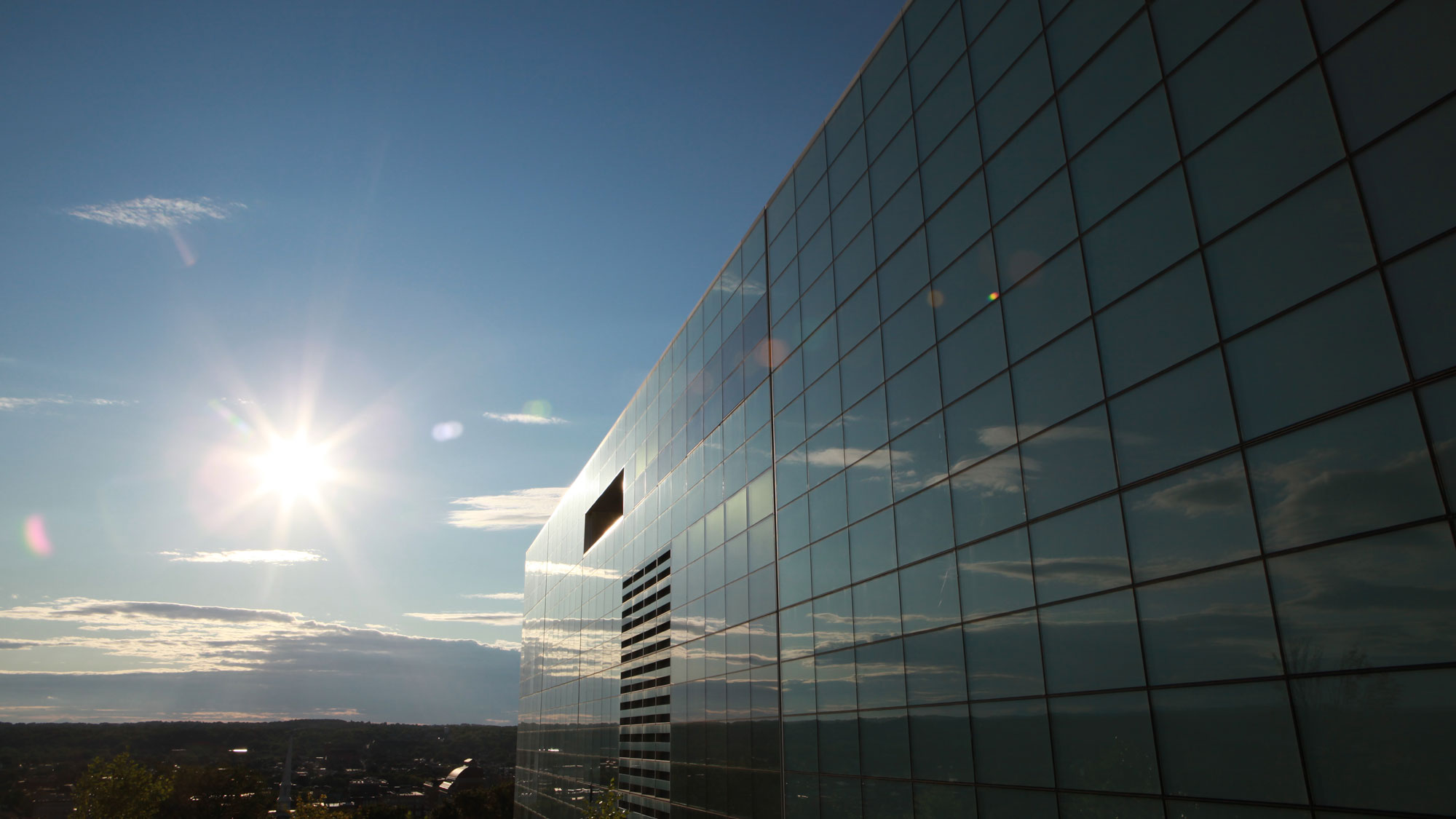 The Spring tours have been canceled to follow University policies that have been put in place in light of new developments related to the coronavirus.

EMPAC building tours are offered throughout the spring season. In February, two tours—one with Curators Vic Brooks and Anne Leilehua Lanzilotti and another with Audio Engineer Todd Vos—will be led in conjunction with the matinee presentation of Stan Douglas’s six-hour film Luanda-Kinshasa in the Concert Hall. In March, the tour will be led by EMPAC’s Director, Johannes Goebel; and in April, Director for Stage Technologies Geoff Abbas will delve into the architectural and technological capabilities of the building.

Join EMPAC's Time-Based Visual Art Senior Curator Vic Brooks and Music Curator Anne Leilehua Lanzilotti for a behind-the-scenes look at EMPAC’s extraordinary production facilities. From precisely calibrated studios, to a concert hall on springs, the Curators will discuss the acoustic and visual potential of EMPAC’s venues for the making of complex artworks, along with their approach to the connection of EMPAC’s artists and audiences.

From the specialized sound-diffusive panels in Studio 1, to the frequency-calibrated Nomex ceiling fabric in the Concert Hall, and into the miles of fiber-optic cable that connect each of EMPAC’s performance spaces to its recording studios, Lead Audio Engineer Todd Vos will take audiophiles on a deep-dive into EMPAC’s acoustic design and capabilities.

These two tours are presented in conjunction with Luanda-Kinshasa in the Concert Hall (12–6PM) and In Our Time in Studio 1—Goodman (11AM–6PM).

MARCH 21 at 11AM with Director Johannes Goebel

Join EMPAC’s founding Director Johannes Goebel for a tour of the building he guided through design and construction and an overview of the program he began establishing in 2001. Goebel will take visitors through the EMPAC building with an eye and an ear to the “human-scale” functions he strove to achieve in taking the project from a lofty vision to one of the most advanced centers for new artistic production and research in immersive environments.

APRIL 18 at 11AM with Video Engineer Ryan Jenkins

A general overview of the EMPAC building, with a focus on its architectural highlights and programmatic capabilities, this tour will take guests through all four EMPAC venues, audio and video recording facilities, and the many spaces in between.