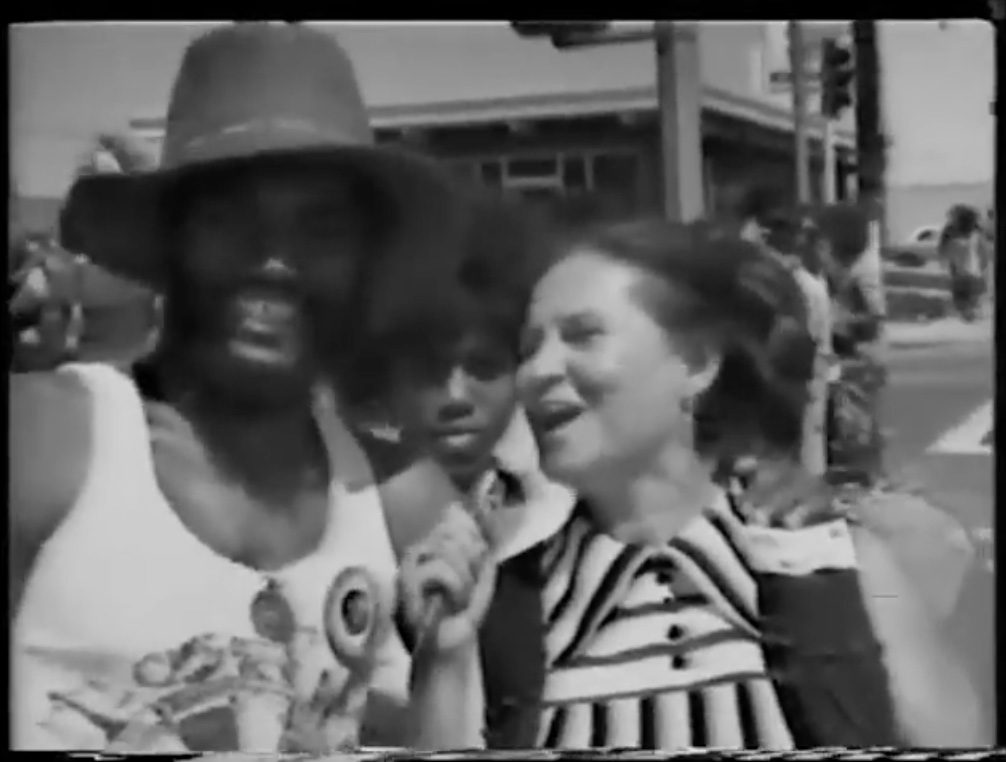 The fifth screening in the Other Uses film series featured the work of Ulysses Jenkins, whose videos examine television’s power to shape current events and historical episodes.

Jenkins is an artist who has given particular consideration to the portrayal of Black men in America. This installment featured documentary and performance videos Jenkins made from the 1970s to the present, beginning with the artist’s filming of the Watts Festival. Alternating between clarity and obscurity, the forms and content of television were redeployed to challenge the perceived neutrality of the televisual record.

Ulysses Jenkins is a video/performance artist whose work has been shown in a number or national and international venues, including the Maryland Institute College of Art, the Hammer Museum, and the Getty Museum. He was the recipient of the California Arts Council’s Multicultural Entry Grant as artistic director of Othervisions Studio, an interdisciplinary media arts production group. He is a three-time recipient of the National Endowment for the Arts’ individual artist fellowship and was awarded the Black Filmmakers Hall of Fame first place award in the experimental video category in 1990 and 1992. He is currently Professor of Art at University of California, Irvine.

The moving-image works presented in the film series Other Uses utilize a variety of in-camera and post-production techniques to re-frame objects, places, histories, and people that might otherwise remain off-screen. The series title is borrowed from the English translation of Otros usos, a 16mm film shot in a former US Naval Station in Ceiba, Puerto Rico by artist Beatriz Santiago Muñoz. Filmed through mirrored sculptures, or “malascopios” as the artist describes them, Otros usos projects shifting, unstable viewpoints as multiple prismatic images are arrayed in a single frame. This misuse or destabilization of perspective, geometry, and structure within the film frame is a common characteristic of the artworks in this series. Although vivid in surface and rigorous in technique, the films and videos deliberately resist the spectacle of the singularly imaged “event” in order to transform everyday surfaces into the cinematic.

A conversation between artist Ulysses Jenkins, whose videos examine television’s power to shape current events and historical episodes, and curator Lucas Matheson. This talk was part of EMPAC’s 2018 moving image series Other Uses.