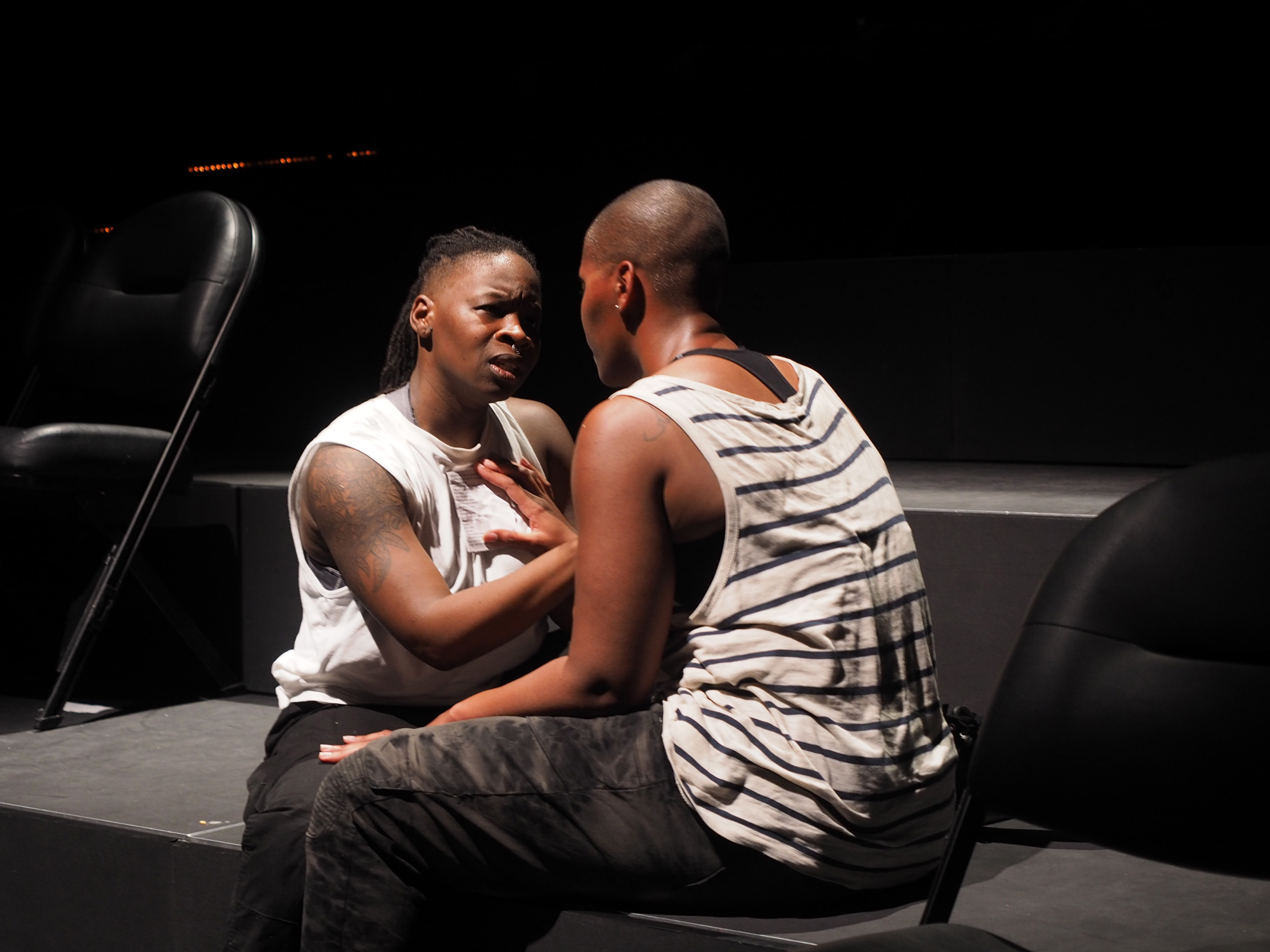 A Meditation on Tongues

Staged throughout the EMPAC building, the performance began with a solo by vogue dancer Leggoh LaBeija, who led the audience through a corridor constructed in Studio 2 to back hallways, passing a small shrine erected in memory of Marlon T. Riggs, who died on this day 24 years prior. The procession ended in Studio 1 where the audience took their seats and Whitson and collaborator Kirsten Flores-Davis performed an extended stage duet. Whitson’s performance used choreography, film, and sound to underscore the historical importance of Riggs’ film during the early years of the AIDS pandemic and beyond. Whitson reconsidered Riggs’ focus on Black, gay, male identity to focus on what masculinities look like in the contemporary moment, especially in relation to the invisibility of lesbian and gender non-conforming bodies within the cultural dialogue on race.

The evening concluded with a reception hosted by the RPI LGBTQ Task force, who had screened Rigg’s film the week prior to Whitson’s performance.

Ni’Ja Whitson is an interdisciplinary artist, performer, and writer based in Riverside, California. They are an Assistant Professor of Dance at the University of California Riverside and have had commissions and residencies at Gedgebrook in Seattle, ICA Philadelphia, American Realness at Abrons Art Center, Danspace at St. Mark’s Church, Dance in Process at Gibney Dance, and LMCC Process Space in New York. Whitson is a Bessie award-winning performer and recipient of funding through the Mertz Gilmore Foundation and Jerome Foundation Individual Artist Grant. 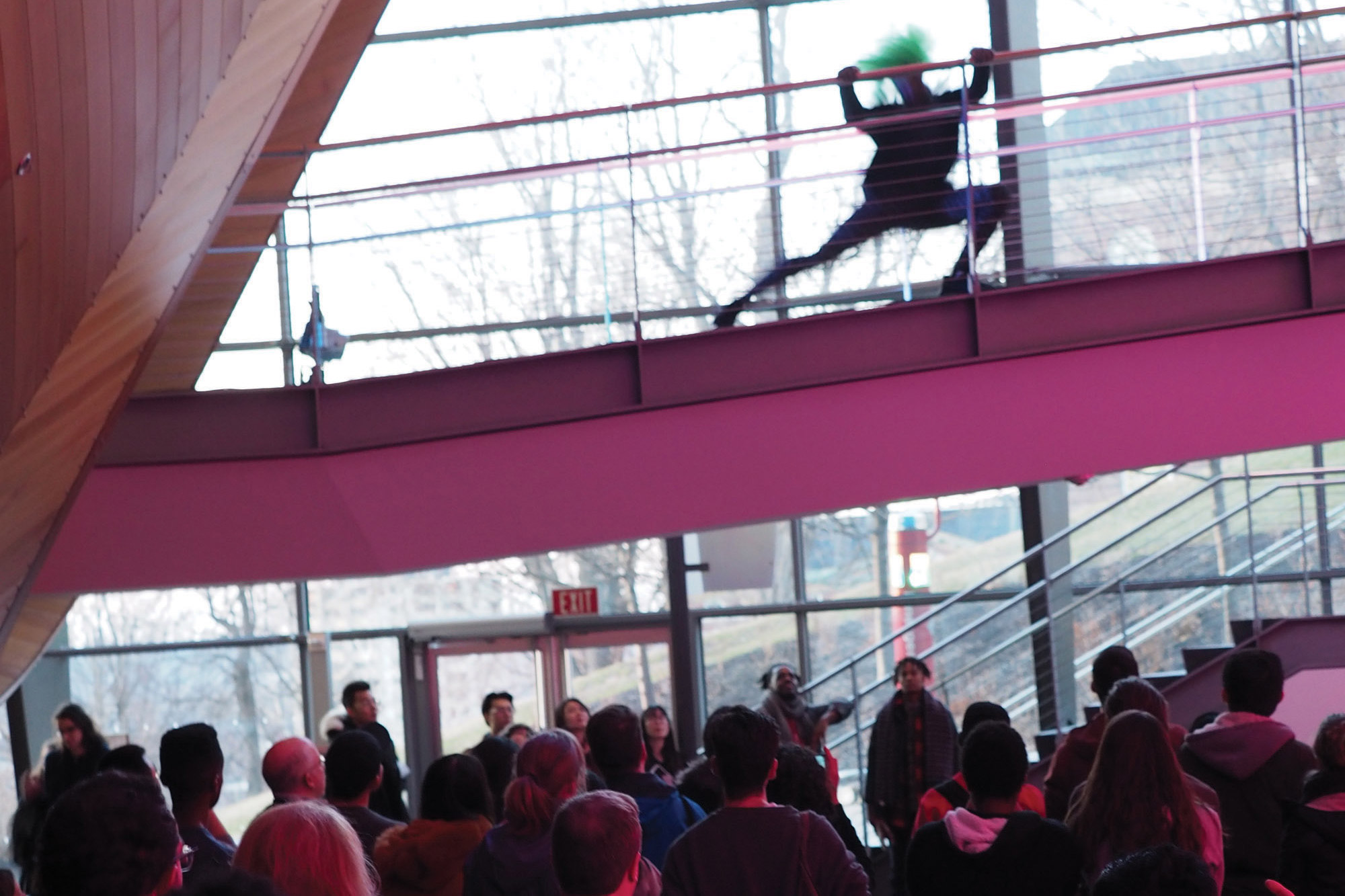 Leggoh LaBeija voguing above an audience in Evelyn's Café during the performance.