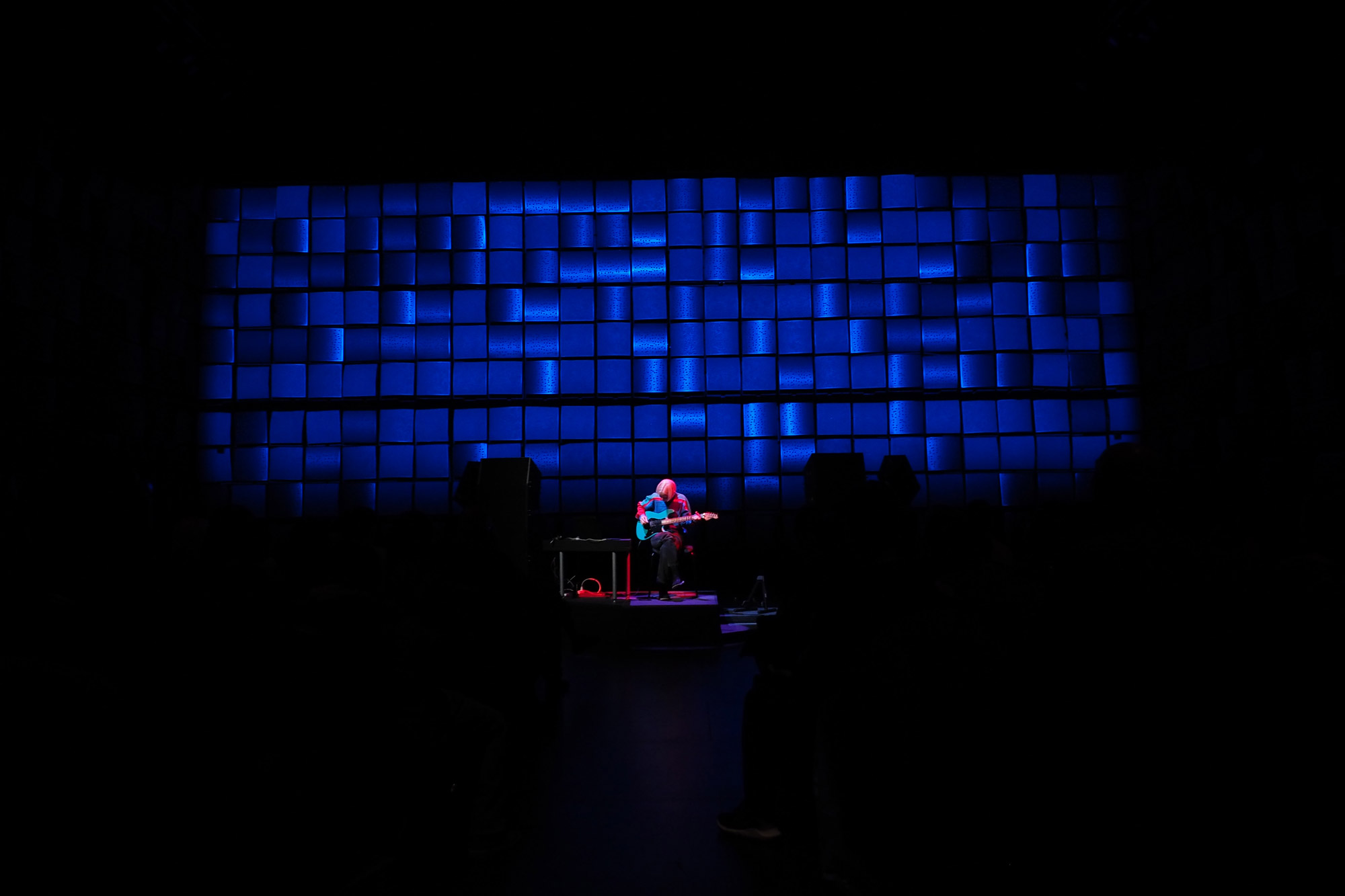 For Guitar and Electronics

Stockholm-based composer Ellen Arkbro performed a new solo work For Guitar and Electronics. She was in residence at EMPAC to develop material for an EMPAC commission for Wave Field Synthesis to be premiered in Fall 2018.

Ellen Arkbro is a musical alchemist whose work oscillates between the pop music of the ’90s and the American minimalism of the ’60s, while exploring microtonal realms that blur the standard tunings and harmonies of Western music. Her practice takes the form of compositions for early-music ensembles as well as long-duration performances of synthesized dream music, including one piece composed to last 26 days. Her sound work is heavily informed by her studies in just intonation tuning with La Monte Young and Marian Zazeela in New York and with Marc Sabat in Berlin. She describes her 2017 album for organ and brass as “a very slow and reduced blues music” written for the 17th-century Sherer-Orgel organ in Tangermünde, Germany, paired with microtonal arrangements for horn, tuba, and trombone.