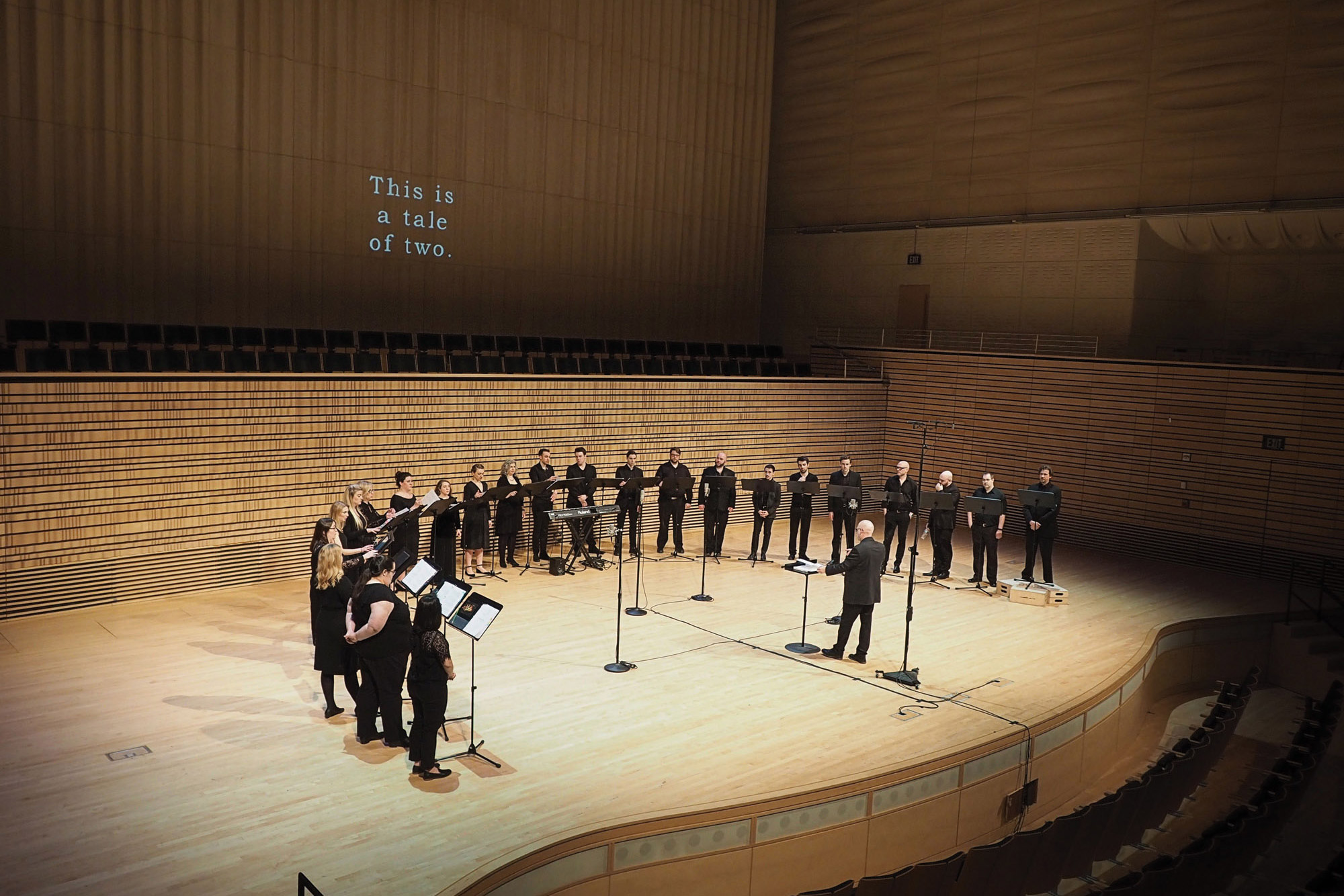 “This work began with a discussion about diaspora—the disengaged, relocated, lost. But in Michael's thoughtful hands, it has grown into a beautiful contemplation of what a community is and does; how it makes, holds, and loses its own history. It's very personal; it has an intimacy that invites us to contemplate connections—those that are purposeful and those that happen by coincidence of time and place.” —Donald Nally, The Crossing

Composer and Bang on a Can founder Michael Gordon presented his choral work, Anonymous Man, performed by the 24-voice ensemble The Crossing. The hour-long piece expands on Gordon’s architectural approach to composition, layering minimalistic swirls of vocal sounds on top of one another to create a hypnotic group incantation.

Taking inspiration from his neighborhood in Lower Manhattan, Gordon says, “When I moved into my loft on Desbrosses, the streets were empty, since few people lived there. But both then and now, there were the homeless. Over time the neighborhood changed from an industrial warehouse district to a residential area. Anonymous Man is a memoir about my block. The piece is built around my memories of moving in, meeting my future wife for the first time there, and conversations I have had with two homeless men who made their home on the loading dock across the street.”

Michael Gordon and The Crossing were in residence to record Anonymous Man for future release on Cantaloupe Records.

Conducted by Donald Nally, The Crossing was formed in 2005 and has dedicated itself to expanding the contemporary choral music experience through commissions, collaborations, community, and performances that are characterized by a distinctive unity of sound and spirit. The Crossing has been hailed as “superb” by The New York Times, “ardently angelic” by The Los Angeles Times, and “something of a miracle” by The Philadelphia Inquirer. Formed by a group of friends in 2005, the ensemble has since grown exponentially and has made a name for itself in recent years as a champion of new music.

Main Image: The Crossing in the concert hall in 2018. Photo: EMPAC