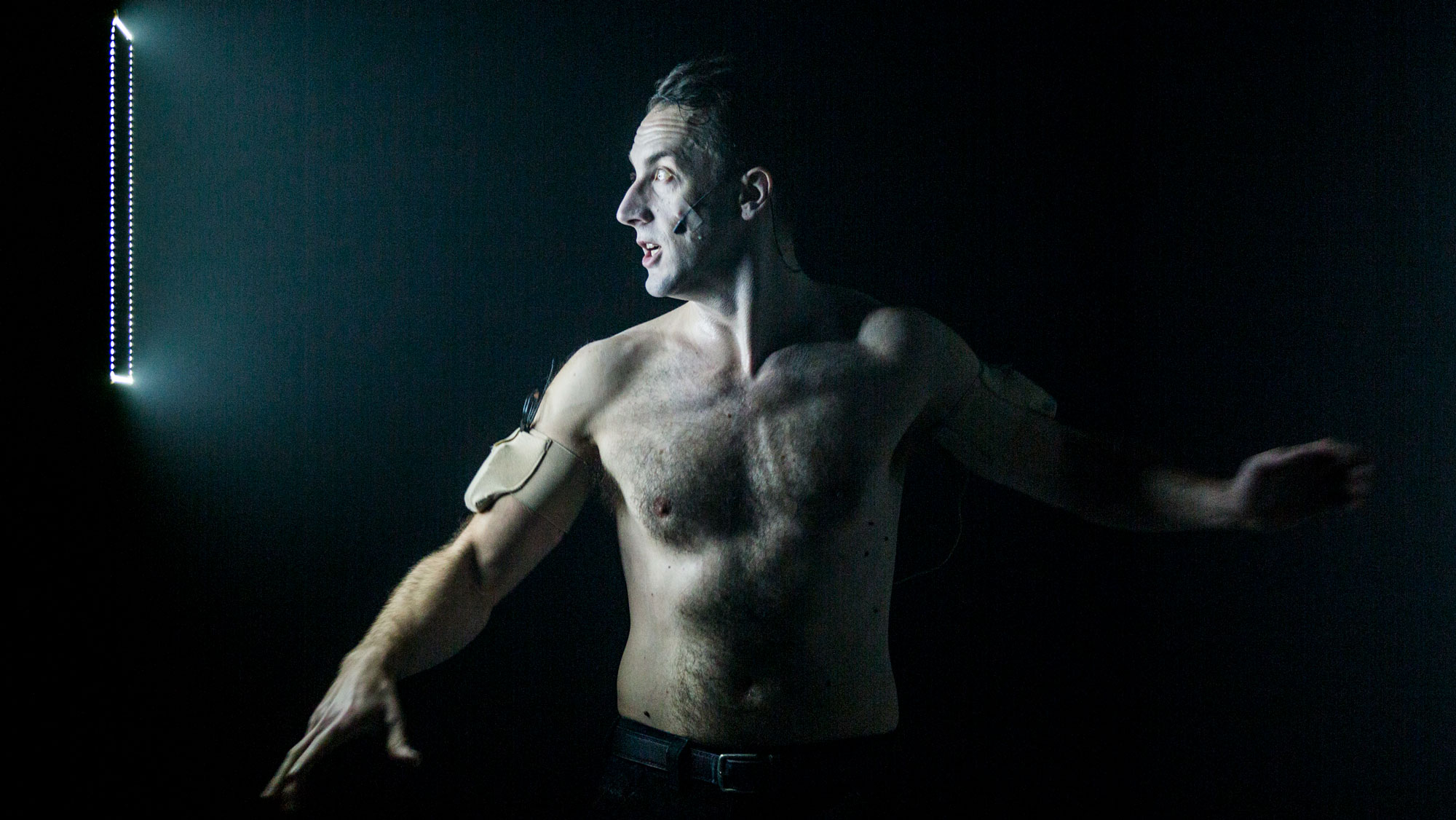 “A chaotic mix of personal revelation and relativity theory, enhanced by some alarming and splendid visual effects...” —The New York Times
“A wondrous and disorienting sci-fi, it hitches high-tech gadgetry to the bodily arts in a way that stays true to both the intellectual fascinations of scientific theory, and the immediacy and physical presence of theatre. ★★★★” —The Sydney Morning Herald

Performer, writer, and interactive-electronics artist Andrew Schneider presents his Obie Award-winning show YOUARENOWHERE. This rapid-fire and witty theater performance cycles through expressions of laughter, surprise, and angst. Its dialogue traverses quantum mechanics and parallel universes, missed connections and YouTube videos in an existential meditation on time and presence. The New York Times lauds the show as “A chaotic mix of personal revelation and relativity theory, enhanced by some alarming and splendid visual effects...”

Andrew Schneider has been working in residence at EMPAC to create the follow-up to YOUARENOWHERE, which will receive its World Premiere at EMPAC this September. NOTE: YOUARENOWHERE uses haze, strobe lighting, and loud sounds.