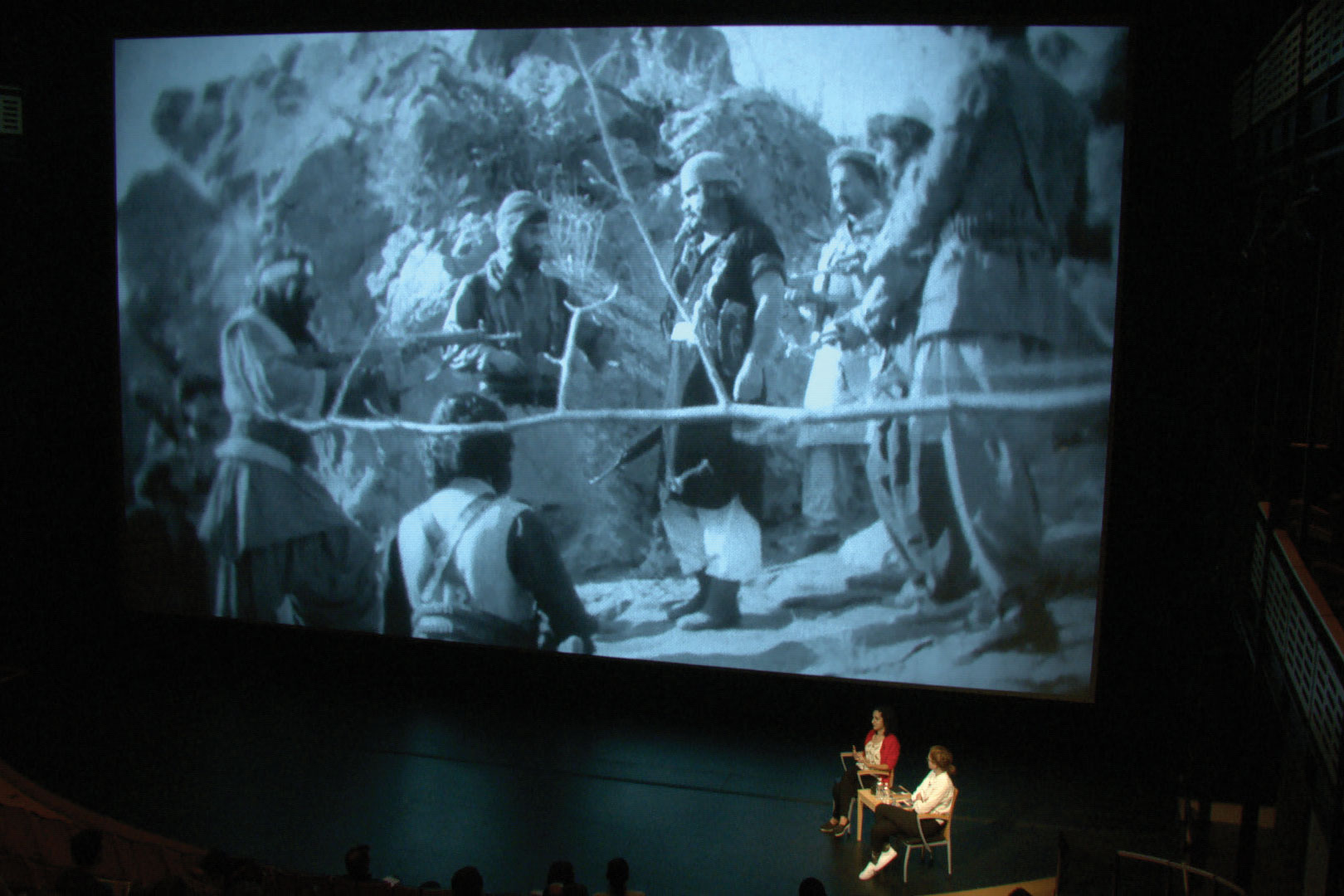 What we Left Unfinished

Mariam Ghani introduced several films from the Afghan Film Archive—the state film institute based in Kabul, Afghanistan—as part of her ongoing research project What we Left Unfinished. The New York-based artist also screened her own in-progress film, which explores five unfinished feature films that were made between 1978-1991, during the years of Afghan Communism. These films and her archival research gesture towards the possibility of reconstructing hidden and parallel narratives that draw on both what the images of state propaganda tell us about the political and social upheaval during a specific moment in time, and the day-to-day lived experience of the Afghan Film Archive’s management, film directors, and governmental players during this period.

“In the research project What we Left Unfinished, I will be looking for some of these unfinished films and the people who made them, trying to decipher, from the gaps between what was finished and unfinished, some clue to the gaps between how the Afghan Left imagined its re-invention of the state and how that project went so terribly wrong—the gaps between revolution, reconciliation, and dissolution […] What, then, is the task of an artist in an archive, as she balances between the roles of archivist, historian, translator, and narrator? Perhaps it is to understand which of the archive's preserved pasts relate to the present moment of danger, and find a way to translate and narrate that past into the present, not casually, not haphazardly, and not nostalgically, but just when and where it is most needed.” —Mariam Ghani, “Field Notes for What we Left Unfinished,” IBRAAZ (June-September 2013)

Mariam Ghani’s work spans video, installation, performance, photography, and writing, and frequently turns on memory, history, language, loss and reconstruction. Ghani’s projects often engage with places, ideas, or institutions over long periods of time, and she maintains several long-standing collaborations: the experimental archive Index of the Disappeared (with Chitra Ganesh, since 2004), the video series Performed Places (with choreographer Erin Kelly and composer Qasim Naqvi, since 2006), and the Afghan Films online archive (with Pad.ma, since 2012).

Main Image: Miriam Ghani and curator Vic Brooks on the Theater stage in 2017 during her screening and talk. Photo: EMPAC.