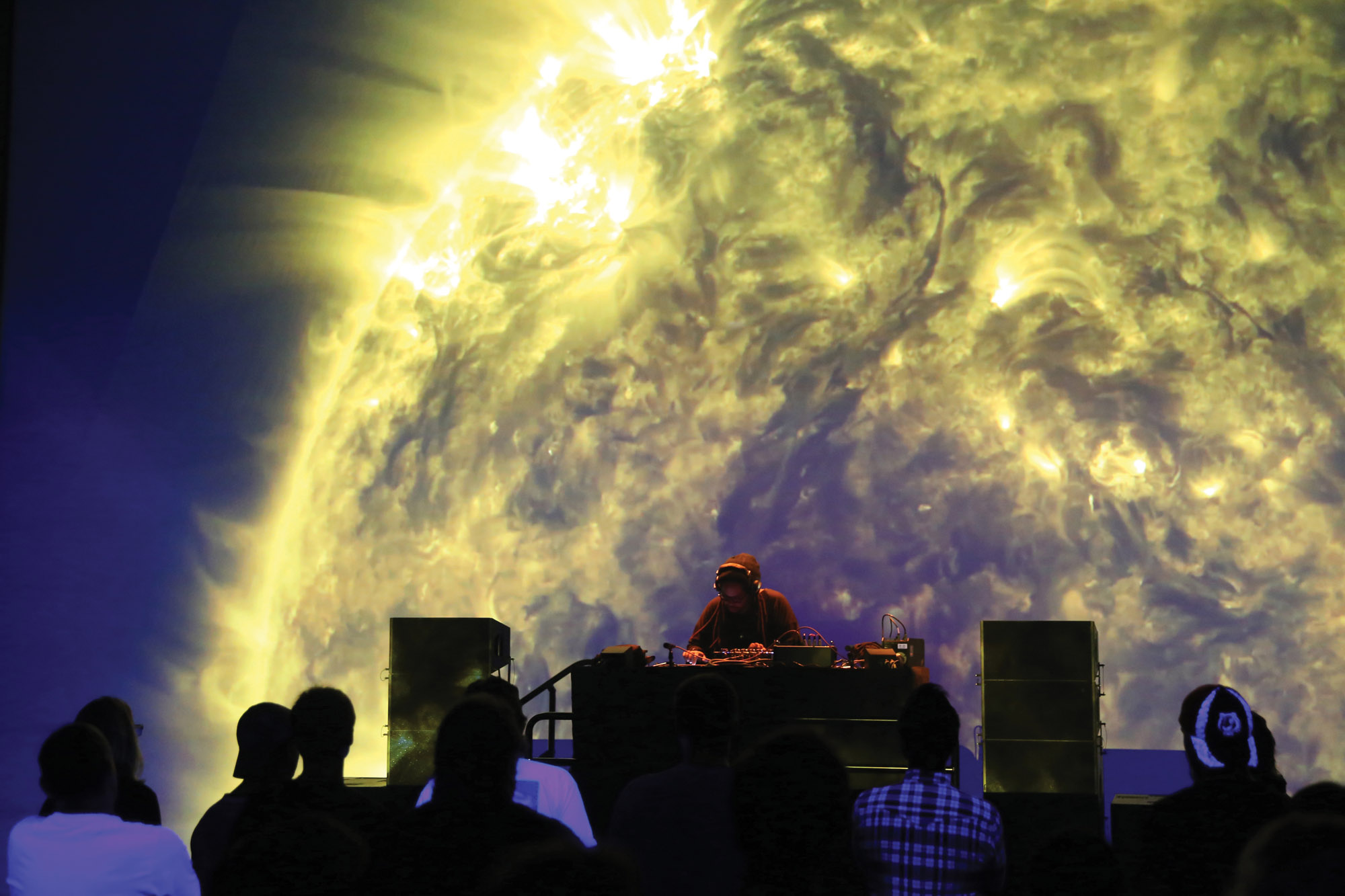 "When it comes to techno's outer limits, there are dabblers, there are explorers, and then there's Hieroglyphic Being." —Pitchfork

A night of outer-orbit house music with Chicago experimentalist Hieroglyphic Being.

You find a vinyl record out in the desert, faded and with no markings. Upon returning home, you place it on the turntable and are enveloped by distorted, raw, rhythmic pulsations. The sound gives you a glimpse into another world, another way of existing. It works its way inside of you, and you begin to subtly move. This is the sound of Hieroglyphic Being. Also known as Jamal Moss, the Chicago-based producer and record-label boss (Mathematics) has spent decades prolifically releasing music into the outer orbits of house culture. Occasionally donning aliases such as Sun God, IAMTHATIAM, and Africans with Mainframes, Moss refers to his sound as “cosmic bebop,” “rhythmic cubism,” and “synth expressionism,” embracing the mystical power of dance music to move bodies and expand minds. In 2015, Moss joined forces with Sun Ra Arkestra bandleader Marshall Allen and the J.I.T.U Ahn-Sahm-Buhl for We Are Not the First, an avant-jazz ode to musical ancestry and sonic transcendence.