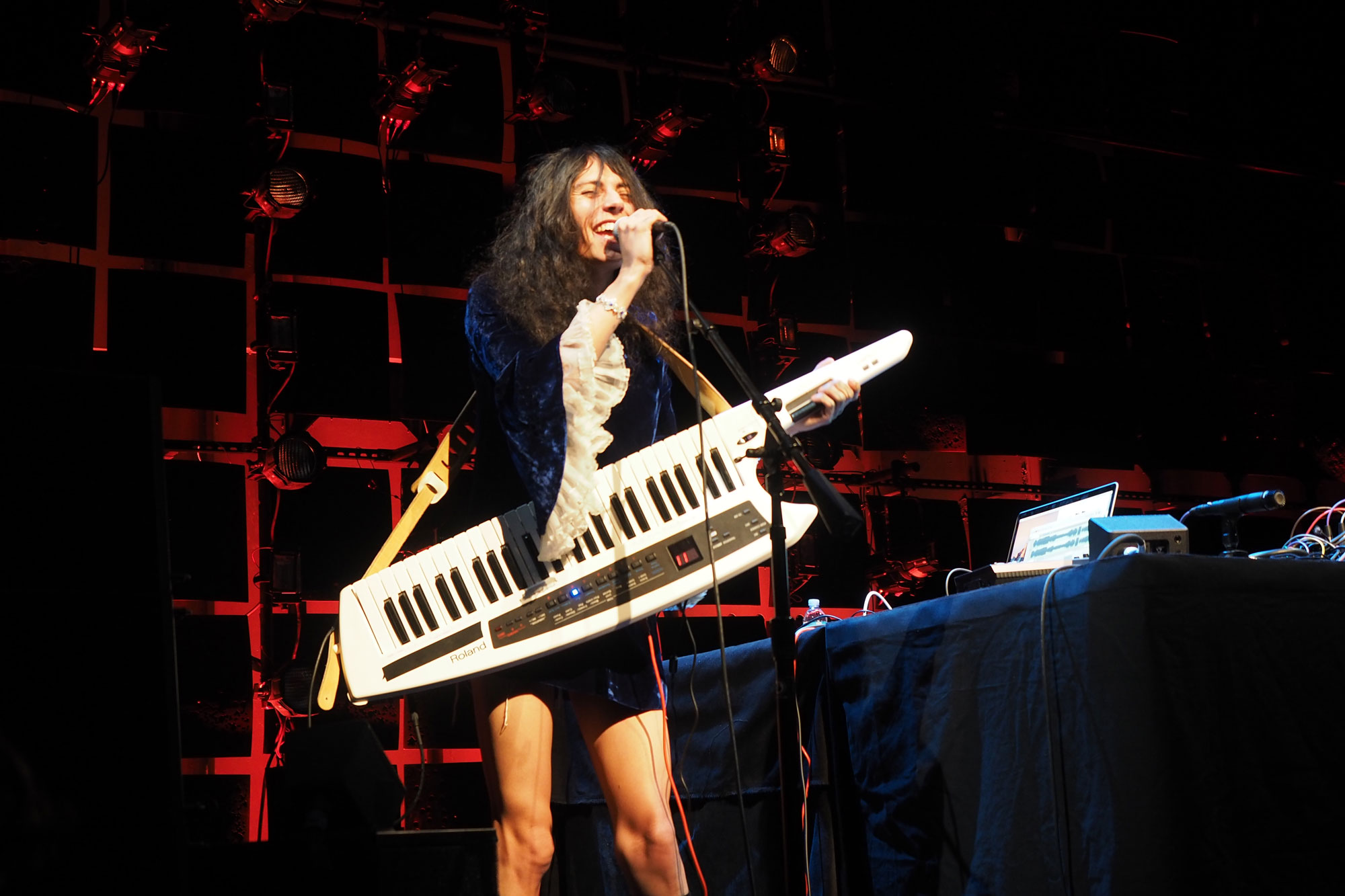 A force within Latinx culture and the rising genderqueer electronic aesthetic (alongside Arca, Lotic, Rabit, etc.), Elysia Crampton has described her style as “severo,” a word suggestive of the raw textures and violent juxtapositions she creates with source material ranging from American pop to cumbia, hip-hop, ratchet, and South American metal. A descendent of the Aymara people indigenous to Bolivia, Crampton made waves with last year’s. A sister piece to the theatrical production Dissolution of the Sovereign: A Timeslide into the Future, the album was written in the style of an epic poem, taking inspiration from the story of the Aymara revolutionary Bartolina Sisa, whose severed limbs were paraded through the Andes after her execution at the hands of Spanish colonists.

Conjuring history, myth, and dream while deftly collaging the sonic trappings of a world in flux, Crampton’s electronic compositions are ranging emotional narratives that seek reconstitution and sovereignty.