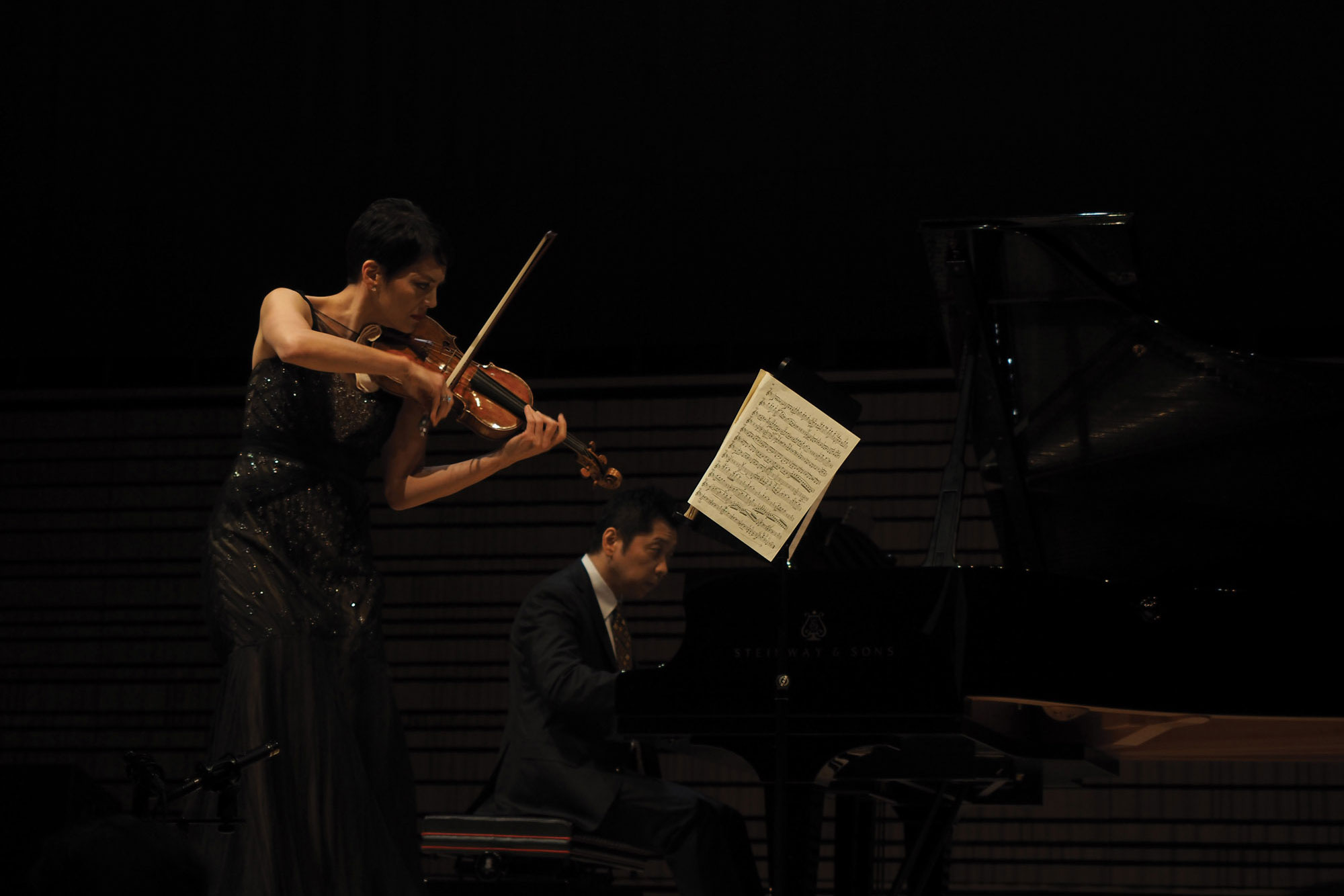 Known for her purity of sound as much as for her innovative programming and commitment to commissioning new works, violin virtuoso Anne Akiko Meyers has maintained an active performing schedule for the past three decades since being discovered as a child prodigy at the age of 7. The top-selling classical instrumental soloist in 2014, she has released more than 34 albums and has performed with many of the top orchestras in the world. For this performance, Meyers mixed repertoire works by Ravel, Beethoven, and Arvo Pärt with performances of O Magnum Mysterium by composer Morten Lauridsen, Einojuhani Rautavaara’s Fantasia, and Jakub Ciupinski’s Wreck of the Umbria, all written for her.

Anne Akiko Meyers performs on the 1741 “Vieuxtemps” Guarneri del Gesu, considered to be one of the finest violins in the world due to its powerfully luxuriant sound and mint state of preservation.