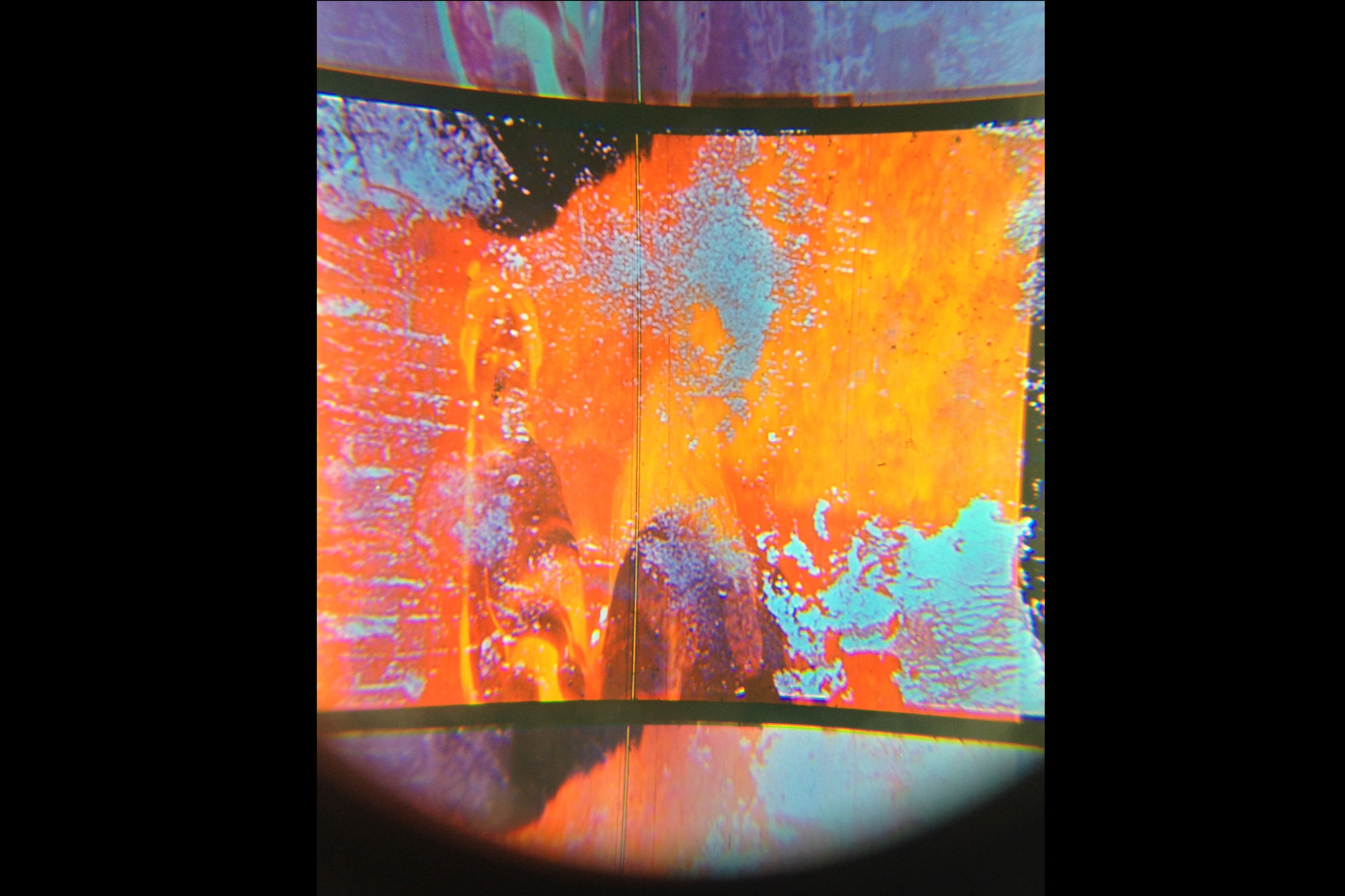 A riot of fast-paced images and their fractured, synchronized soundtracks, the film moves from repetitive Kung Fu gestures—flying kicks and spins—to abstract blocks of color, each frame saturated red, pink, green, and blue in quick succession. In the making of this film, the projector light picked out the time-worn scratches, dust, and water damage etched upon the surface of the celluloid. Asili then photographed these marks using the optical printer and exposed new frames. At times these imperfections dance across the screen, as much a part of the image as the bodies of the martial artists.

Ephraim Asili is an African-American artist, filmmaker, DJ, radio host, and traveler. Inspired by his day-to-day wanderings, Asili creates art that situates itself as a series of meditations on everyday experience and media culture. Through audio-visual examinations of societal iconography, identity, geography, and architecture, Asili strives to present a personal vision. The results are perhaps best described as an amalgam of pop, Afri­can-American, and “moving image” culture, filtered through an acute sense of rhythmic improvisation and compositional awareness. Asili teaches at the Film and Electronic Arts Department at Bard College and hosts a radio show on WGXC 90.7 FM Hudson, New York.

Watering the Flowers is a new year-long screening program. Each evening focuses on a recent film or video by an EMPAC-affiliated artist, and will be succeeded by a program of other shorts or features that were influential in the making of their work, whether fiction or documentary, experimental or commercial.