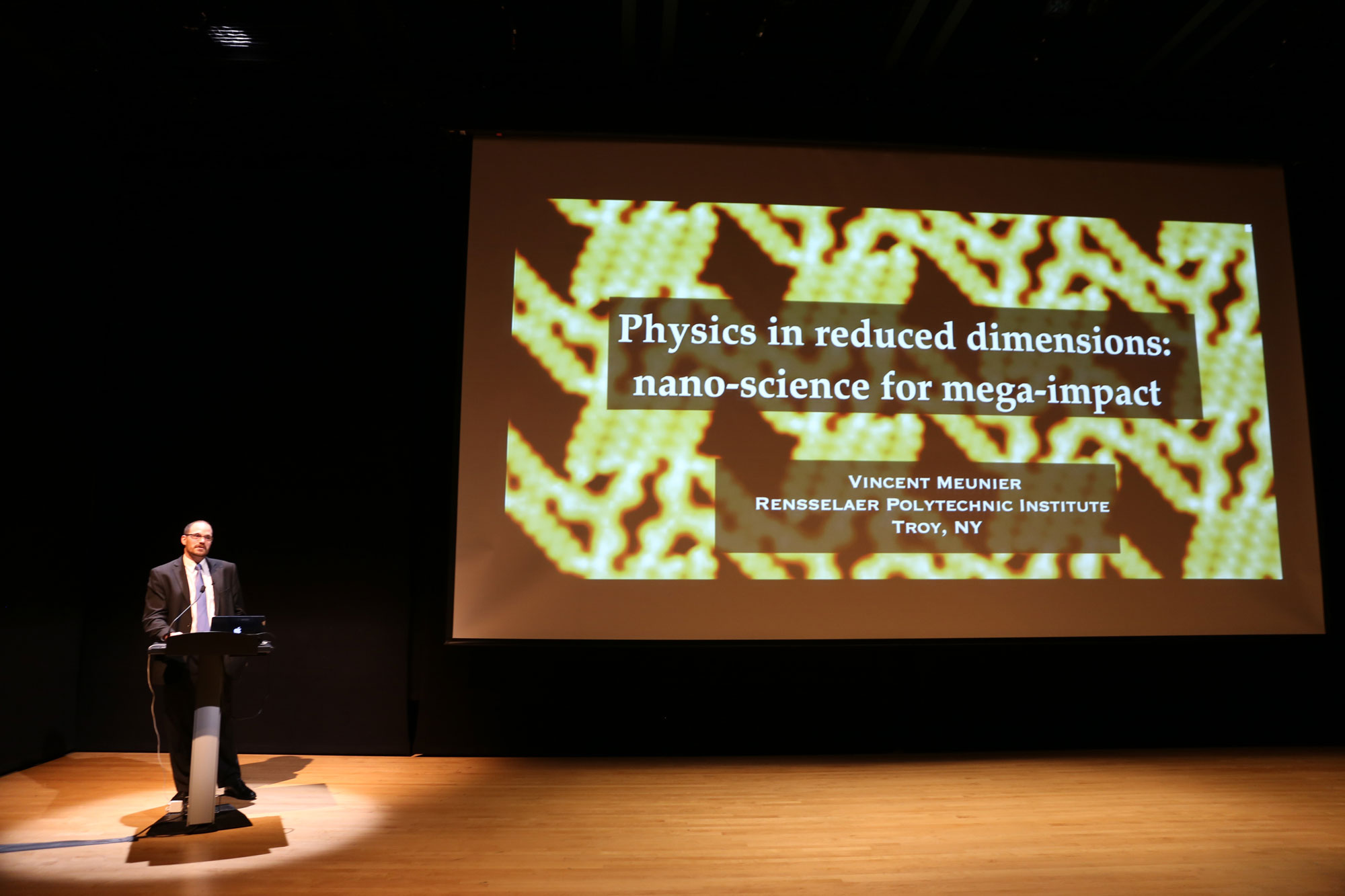 “There is plenty of room at the bottom,” Richard Feynman told a group of physicists in 1959, in a famous call for new investigations into subatomic science. The many new wonders of nanoscience demonstrate the prescience of Feynman’s claim. Over the last few decades, the effort to turn molecular and atomic building blocks into functional materials has energized scientists and engineers, and eventually led to the field of nanotechnology. With the emergence of nanotechnology, scientific scrutiny must now shift again, tracing these nano-level discoveries back up to a larger scale, where materials with predictive functionality can be assembled atom by atom. Manipulations at the sub-nanometer scale are extremely promising, making it possible to express the intricacies of quantum physics at the device level. These manipulations are also extremely challenging, requiring technical mastery at many different levels. In this talk, Rensselaer professor Vincent Meunier will present examples from the quest to optimize properties at the nanoscale for macroscopic applications in areas such as energy harvesting, storage, water purification, and nanomaterials design. The use of large-scale supercomputing will be highlighted, showing how current capabilities are quickly closing the gap between realistic length and time scales with those amenable to state-of-the-art modeling.