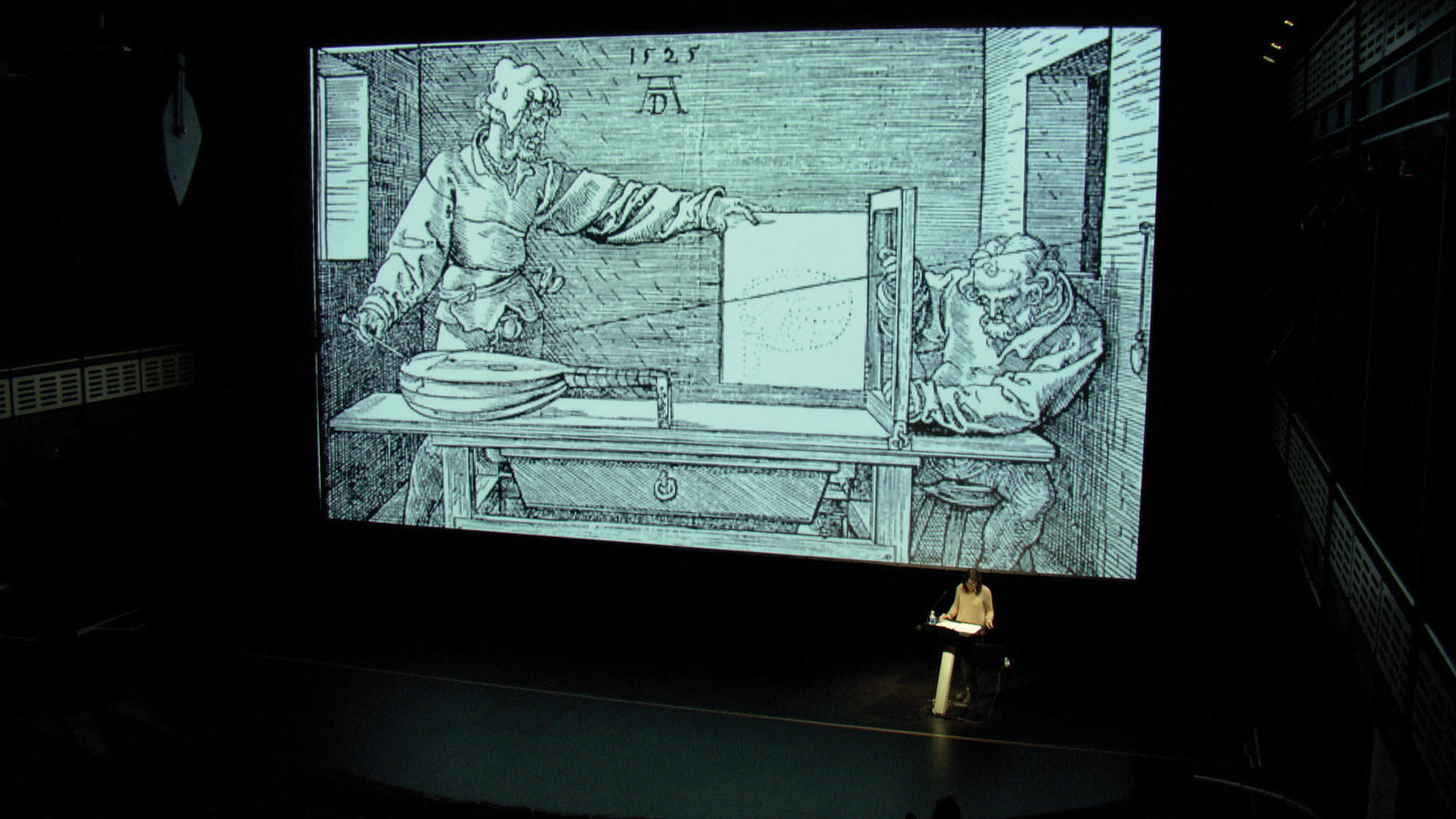 In this illustrated lecture, Lucy Raven investigated depictions of spatial depth and the roots of 3D image making. An introduction to one aspect of her extensive research into how we see images and how images are made, Low Relief focused on the history and evolution of contemporary applications of 3D film technologies. Winding through a wide range of research and materials, Raven linked two lines of inquiry: an art-historical reading of both American and Indian bas-relief sculpture, and the outsourcing of the laborious 2D-to-3D conversion process of Hollywood movies to Mumbai-based production houses. In doing so, she explored the fluid cultural perception of spatial depth and uncovered the mechanisms of industrial cinema processes through analysis of the transnational circulation of labor and materials.