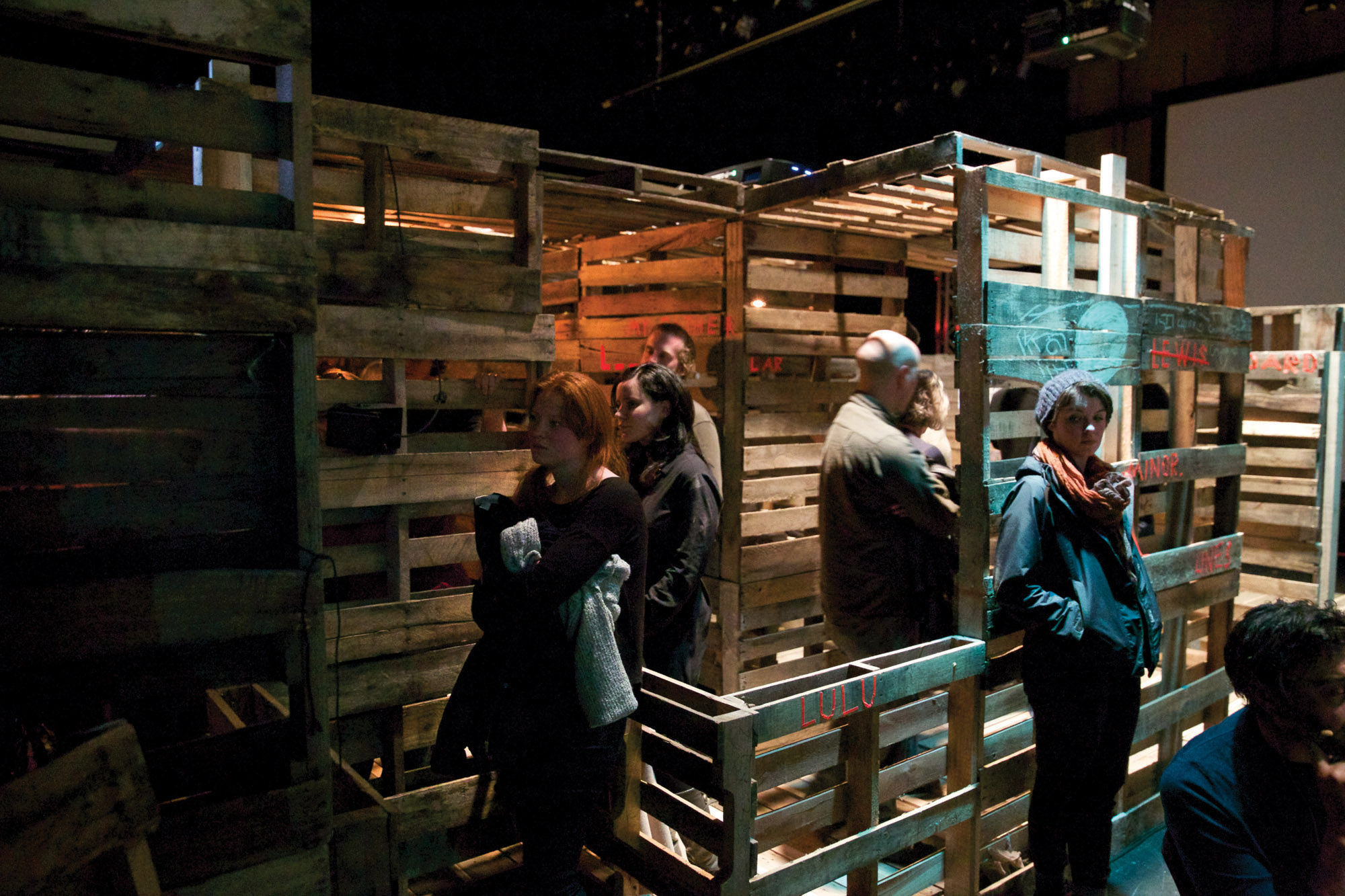 Nearly 20 years after Gilles Deleuze’s suicide in 1995, the original interview is reworked into 26 performative “letters” toward the concepts of the alphabet and the philosopher. A performance, installation, concert, and symposium—this event dissects Abécédaire, the famous video interview with Deleuze.

In three sessions, between 1988 and 1989, philosopher Gilles Deleuze, sitting in his living room, faced television interview questions. The principle was simple but sophisticated. The topics Deleuze was confronted with followed the letters of the alphabet—one letter, one concept—from “A as in Animal” to “Z as in Zigzag.” To avoid zigzagging in his discourse, Deleuze received the list of topics beforehand, and although he worked assiduously on the answers, he then improvised during the recordings.

It’s the pleasure of both the arbitrary form and Deleuze’s way of thinking through his famous concepts that makes Abécédaire so fascinating: 26 earnest, witty, and instructive seven-and-half hours of philosophy on the go. There was only one condition Deleuze insisted upon—since he didn’t think much of television, the program was not to be aired before his death.

Alan Franco studied music at the conservatories in Brussels, Liège, and Antwerp and obtained a higher diploma for piano as well as a diploma of extended studies (DEA) in 20th century musicology (IRCAM-EHESS). He was the full-time conductor of the Champ d’Action ensemble (1989-1993), and since then has worked with, among others, the Ensemble Modern (Frankfurt), the Ictus ensemble (Brussels), the Musiques Nouvelles ensemble (Brussels), and the Liège Philharmonic Orchestra. He did musical analyses for Rosas and Anne Teresa de Keersmaeker’s D’un Soir un Jour (2006) and the Steve Reich evening (2007), which was shown at PACT Zollverein in 2007. He collaborates regularly with Deufert + Plischke (Anarchiv#3: Songs of Love and War, 2011) and Meg Stuart (Built to Last, 2013).

Jörg Laue lives in Berlin. From 1988 to 1993, he studied applied theater at Universität Giessen; in 1994 he founded LOSE COMBO, through which he has been realizing live art projects on the borders of stage performance, visual arts, and contemporary music. He has created sound, light, and video installations, writings, and lectures, and has been the recipient of several residencies and scholarships.

Peter Stamer works as director, dramaturge, mentor, and curator in the field of contemporary theater. He is interested in the aesthetic tension between the potency of bodies and their potential to language. His performance and theater projects have led him across Europe and to China, Egypt, the US, and Israel. Recent works include The Path of Money, a documentary / theater / installation on a traveling banknote through China; the performance For Your Eyes Only on cultural memory, body, and blindness; and The Big Event 1-3, a documentary theater play on the assassination of John F. Kennedy. Together with eight Egyptian and European artists, Stamer has initiated and worked on the international building performance project A Future Archeology, within which spatial structures in Berlin, Vienna, and Cairo were to be built during five months in 2013.

IMPORTANT: due to the nature of the performance and the set, audience is asked to arrive wearing flat soled shoes (i.e. no heeled shoes)

With generous support from the Goethe Institute.