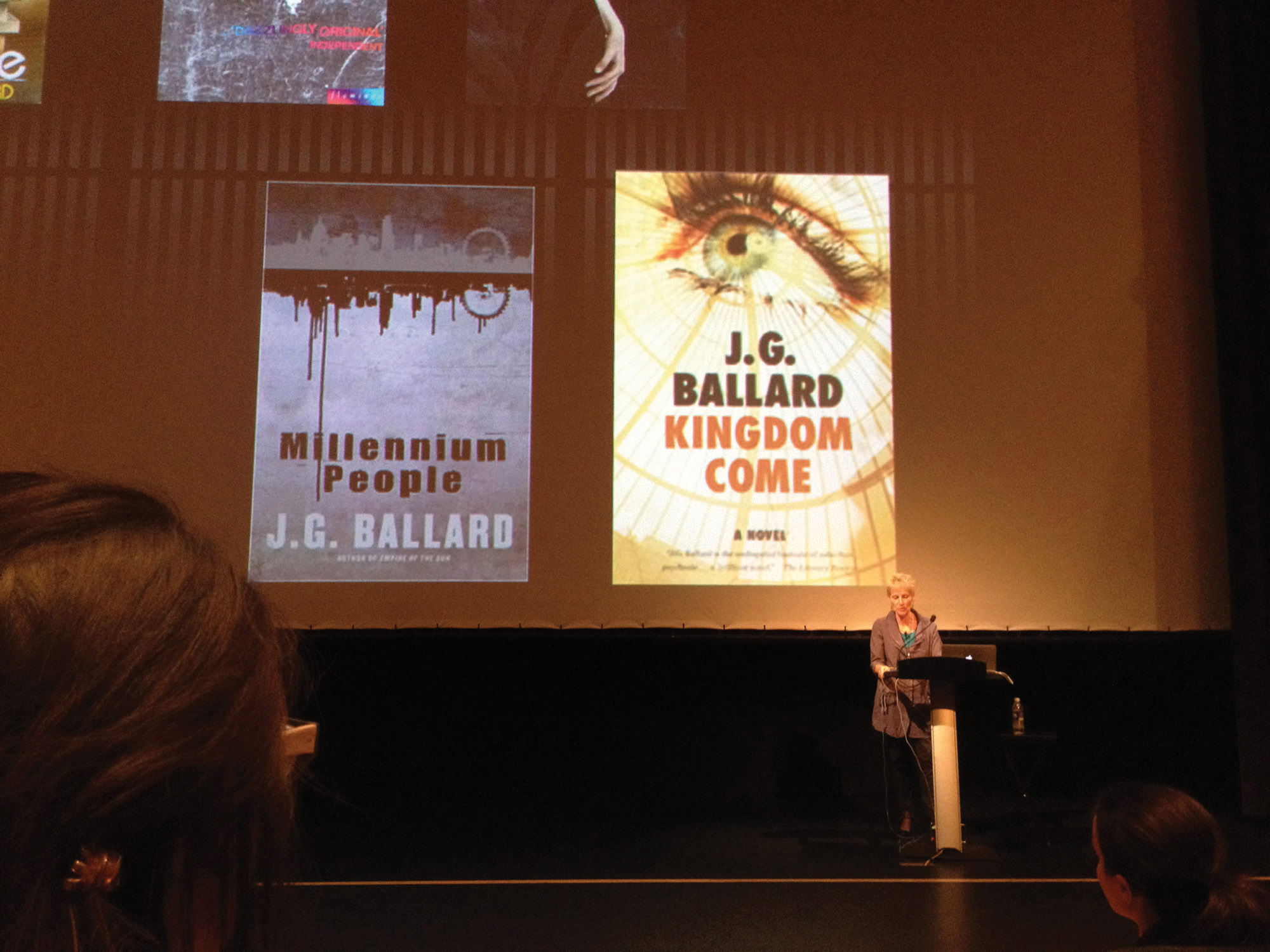 The novels and short stories of renowned English writer J.G. Ballard—author of Crash, Empire of the Sun, and The Atrocity Exhibition, among others—frequently depict scenes of violence through lyrical language. In this EMPAC-commissioned talk, Ursula Heise, professor of English at UCLA and founder of the Environmental Humanities Project at Stanford University, will recount examples of these violent scenes and reflect on the role the media plays in them. Heise will respond directly to Kris Verdonck’s new work, BALLARD, which can be experienced at EMPAC on September 7. She will consider what it means to transfigure these violent visions from words into an art installation.

Main Image: Ursula Heise on stage in the theater in 2013. Photo: EMPAC/Rensselaer.