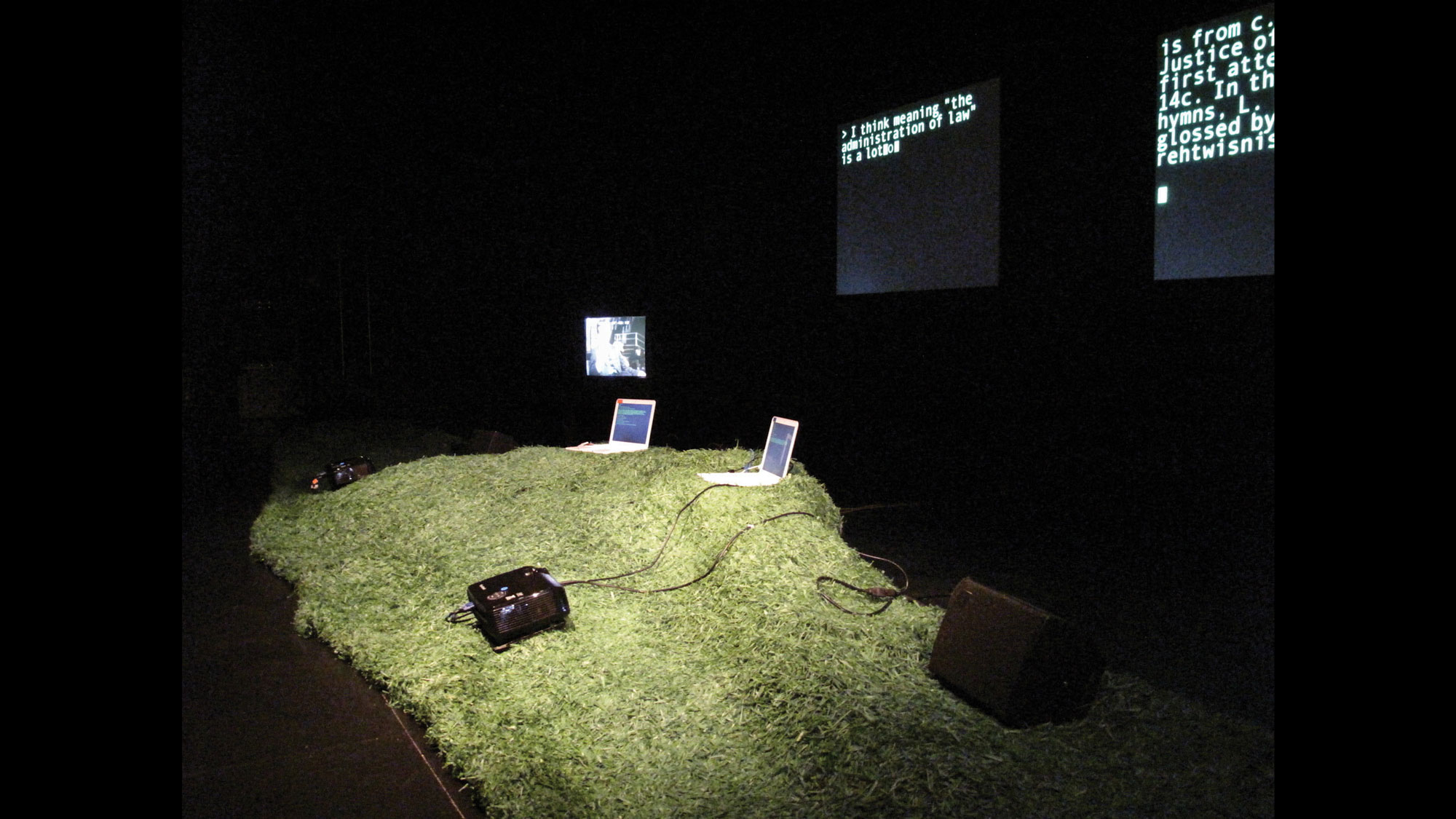 Annie Dorsen returned to EMPAC to perform Hello Hi There, which she worked on in residence in 2010. Hello Hi There uses a famous 1970s television debate between the philosopher Michel Foucault and linguist/activist Noam Chomsky as the inspiration and raw material for a dialogue between two custom-designed “chatbots”: computer programs designed to mimic human conversation. Every conversation between the chatbots follows a unique path due to their custom-made software, which has been programmed to mimic the nuances of human conversation. As Chomsky and Foucault debate language, creativity, the roots of scientific discovery, and the nature of political power, the chatbots talk on and on, endlessly circling the questions of the debate, and frequently veering off into unexpected, at times nonsensical, digressions.

An Obie award-winning director and writer, Dorsen works in a variety of fields, including theater, film, dance, and digital performance. She is the co-creator of the 2008 Broadway musical Passing Strange, which she also directed.